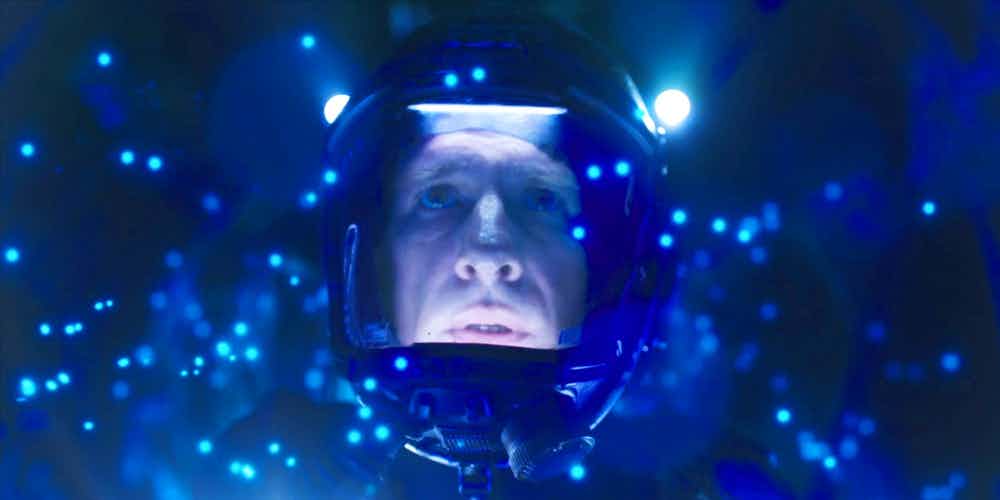 Man has always been drawn into space. Not having time to really understand the history and mysteries of its own planet, humanity is simply eager to master new worlds. They started with the moon, but lunar research was suspended – ufologists not without reason, believe that all the connecting dots were meticulously placed by aliens. Extraterrestrial civilizations have long and densely occupied the Earth’s satellite, and are not going to tolerate pathetic representatives of humanity on it.

For the sake of self-interest

When the road to the Moon was closed, restless researchers had to master Mars at all costs. But even here we still suffer defeat – mistake after mistake, failure after failure.

Humanity continues to be plagued by setbacks in space. But what prevents our rockets from going into space? According to one version, all accidents are somehow connected with extraterrestrial intelligence. More than twenty years ago, scientists assumed that any reconnaissance expedition would be doomed to failure solely because extraterrestrial civilizations are categorically opposed to letting people into space.

“If we assume that there is intelligent life on Mars, albeit in a different form than ours, then the desire of the Martians to prevent the appearance of people on the red planet becomes obvious. Despite the arguments of some scientists, attempts to begin the exploration of Mars did not stop, but they all failed.”

Aliens are not fools. They are well aware that people are driven not only by scientific interest, but also by greed. It is not difficult to guess that enterprising humanity will immediately begin to plunder the bowels of the red planet. Such people will get, rob and deplete the other planets of the solar system.

In 2008, the entire Catholic world was shocked by the Vatican’s announcement of the existence of extraterrestrial civilizations. For the first time in its history, the Catholic Church recognized the existence of other worlds and admitted that aliens could visit our planet in ancient times and influence the development of mankind. In other words, divine chariots and heavenly angels are nothing more than UFOs and aliens.

Moreover, representatives of the Vatican reported that God also created the aliens, and the Pope would be happy to convert them to the Catholic faith.

The question arises – what made the Vatican recognize aliens, and even call them “high-tech angels”?

However, you don’t even have to guess. The world community knows perfectly well that secret knowledge and documents are stored in the secret archives of Vatican libraries. Ufologists, and many scientists suspect that the fall of an alien ship in 1947 did take place and Vatican representatives took part in the study of UFOs, as well as its contents, including alien pilots.

There is also a version that aliens really look very much like angels, and not humanoids with grey skin and huge eyes.

Has anyone wondered why our world is so diverse? Why is the Earth not inhabited by one race, why do we have so many nationalities, religions and cultures? The theory of paleocontact explains everything – various extraterrestrial civilizations regularly visited our planet in different eras and in different places.

Roughly speaking, alien beings divided our planet among themselves, each extraterrestrial race “staked out” its territory. Therefore, people adopted the culture, knowledge and even the appearance of “their” gods.

Many ancient works of art – frescoes, rock paintings, sculptures, miniatures depicted humanoid creatures in a kind of spacesuits. Even the halos on the icons, according to scientists, are nothing more than a transparent sphere-helmet, which makes it possible for heavenly guests to breathe.

Obviously, such images cannot be embodied if you do not observe them with your own eyes. All this happened thousands of years ago and already many researchers believe that all human religions are generated by the arrival of aliens on Earth, who seemed to be gods to the terrestrial aborigines.

And the gods of all people are different. People saw them with their own eyes, and painted them the same way. That is why they could have a different number of limbs and eyes, and some even had animal heads or bodies instead of human ones.

Traces of gods or aliens?

Until now, no one can explain the giant figures in the Peruvian Nazca desert, statues on Easter Island, the mysterious Stonehenge, pyramids in different parts of the world. Who built all these structures? Could the ancient Egyptians have built the Great Pyramid, which consists of 2.5 million granite blocks, without the help of extraterrestrial technology?

In some parts of the world, there are whole chain of mysterious dungeons and researchers still cannot understand when these underground labyrinths were built. Some of theme were constructed with unknown brick types and masonry techniques.

To build such grandiose structures, you need bright light. But there are no traces of soot, which means that no open fire was used. Did the ancient builders really use electricity or did they know a different source of energy, otherwise how to explain the similarities of electric lamps depicted on thousand-year-old bas-reliefs?

There are already thousands of proofs that some powerful and highly developed civilization on Earth was still present. Only one thing is not clear – whether it was of terrestrial origin or representatives of alien worlds.

Contactees are people who, in one way or another, can communicate with alien civilizations. There are many of these on Earth now, a kind of conduits between humans and aliens. It is known from their testimonies that all the planets of the solar system have already been mastered. Basically, life there exists inside the planets themselves.

Life was brought to Earth artificially and this is one of the most ambitious experiments of extraterrestrial civilizations, their joint brainchild. That is why alien civilizations will not allow the end of the world and the death of our planet, no matter how humanity itself strives for this. It took too long for planet Earth to be prepared for the acceptance and origin of life.

A civilization with phenomenal levels of development has settled in the depths of Mars. Alien spacecraft are powered by crystals that resemble our earthly rubies and other precious stones. The energy of the Sun is not of interest to aliens either. They take energy from the depths of space using very powerful crystalline installations.

Alien intelligence will block any human expeditions into space aimed at exploring other planets. Their social structure is based on completely different principles. Roughly speaking, no one needs anything. Until people eradicate the thirst for profit, they will never be able to reach Mars, because they will bring nothing but destruction to other planets.

Aliens have enough ways to stop us, their technology allows it. It’s like punishing a naughty child when he is slapped on his hands so he doesn’t get anywhere.

In this article:high tech angels, Mars