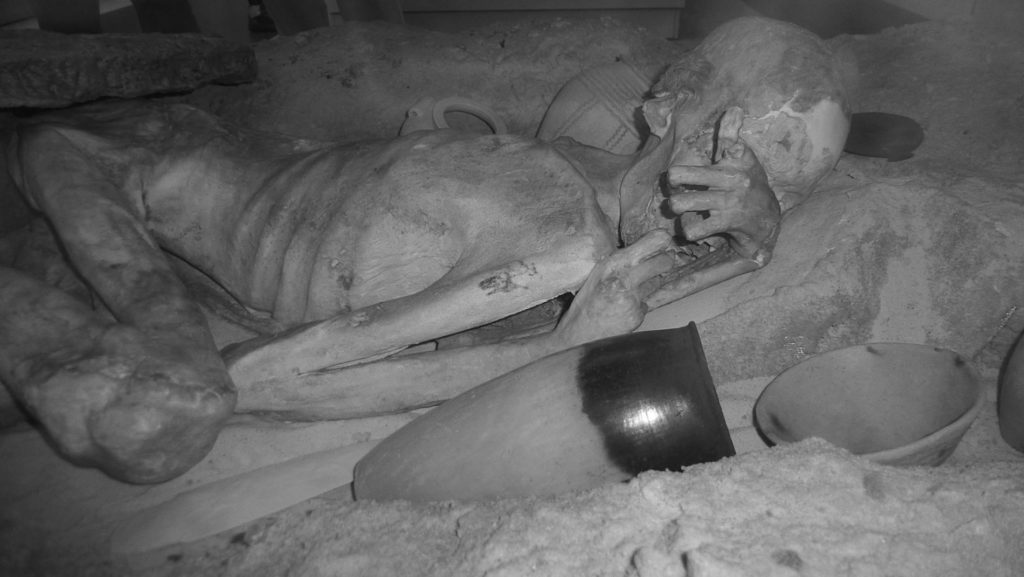 Ancient Egyptians were getting inked up earlier than we thought.

A new analysis of two mummies shows the pair were sporting tattoos. The mummies belong to a collection of six found in 1900. They were named the Gebelein mummies after the region in which they were found. Now in the possession of the British Museum, they were reanalyzed as part of an ongoing project to reexamine valuable artifacts.

Both individuals date anywhere from 3351 B.C. to 3017 B.C., making them some of the earliest known bearers of tattoos. The next known example of ancient Egyptians getting tattoos doesn’t appear for more than a millennia later.

Only Ötzi the Ice Man, a cave man dating back to about 3370 B.C., has earlier evidence of tattoos.

Unlike Ötzi’s tattoos, which have more geometric designs, the Egyptian tattoos are the earliest known examples of figurative tattoos, or tattoos that represent images. The new findings are published in the Journal of Archaeological Science.

What initially looked like a smudge was reexamined with infrared imaging, which allows scientists to see the markings on the mummified skin with more clarity. On the male body, scientists spotted the images of a wild bull and what appears to be a Barbary sheep.

The woman’s body contains four “S”-like symbols on her top shoulder joint and an “L”-shaped line on her abdomen that archaeologists think might be a stave, or wooden staff.

Both bodies contained tattoos that were inked into the dermis, the thicker part of their skin, with an ink made of some sort of soot. Copper instruments found in nearby regions have been previously suggested as tattooing tools.

What the Tattoos Tell Us

The find suggests, for the first time, that both men and women in ancient Egyptian societies had tattoos.

Previously, archaeologists assumed that only women living during ancient Egypt’s predynastic period, from 4000 B.C. to 3100 B.C., had tattoos. This theory was based on figurines that depicted women with tattoos.

These tattoos represent the first time archaeologists have found examples of tattoos on people that mirror motifs used in art.

Both the images on the male and female seem to suggest a symbolic relevance, but archaeologists aren’t quite of their exact meaning.

“The sheep is quite commonly used in the predynastic [Egyptian period] and its significance is not well understood, whereas the bull is specifically to do with male virility and status,” says study author and British Museum curator Daniel Antoine.

CT scans on the man showed he was in his early 20s when he died. A cut in his shoulder and damage to one of his ribs suggests he died from a stab wound to the back.

As to the meaning of the woman’s tattoos?

“I don’t think there’s a good explanation at the moment,” says Antoine. “It’s meant to emphasize things, but I’m not sure why. It was maybe to draw attention to a crooked stave below. It’s an era before writing, so we can only draw parallels.”

The paper further suggests that the placement of the tattoos on the woman’s shoulder and abdomen mean the woman was someone who had religious knowledge or a high status.

In this article:ancient Egyptian, ancient tattoo 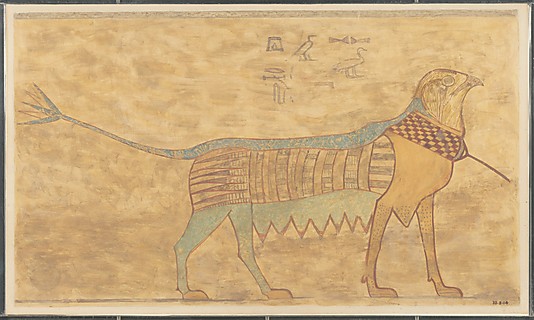 How to Train a Griffin!

Beni Hassan is a collection of ancient Egyptian tombs in central Egypt. The tombs there have many precious illustrations of day-to-day life under the...