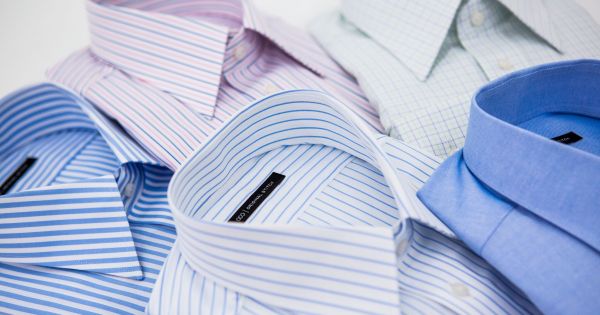 There’s one task that AI hasn’t mastered: making clothing. It probably seems a little mundane compared to exploring the universe, but for most of us, finding a good shirt is more useful than finding a new planet.

A California-based clothing company has been trying to help AI make the move from the fabric of the cosmos to just…well, fabric. Original Stitch lets users create their own button-up dress shirts. The company once tested a service that claimed to be able to make accurately-sized dress shirts using nothing more than a photo of a similar shirt for reference.

Considering that many of us buy clothes online simply hoping they’ll fit, the concept was a savvy one. Even if we get the shirt and it doesn’t fit, how many of us would admit that we ended up just keeping the shirt, rather than trying to wrangle what was required to ship it back?

While it sounded good in theory, as Bloomberg’s Pavel Alpeyev and Jason Clenfield found out, Original Stitch’s ambitious goal to use AI to make shirts ultimately wasn’t up to the task. According to the pair, the first shirt they ordered was “too tight around the chest and too long in the sleeves.” The second (presumably made with the aid of a higher quality photo of the desired shirt) had similar issues. The third attempt couldn’t be buttoned up at all. Given it’s true that some people do wear shirts unbuttoned — but if you bought a shirt expecting to button it up, its inability to do so is understandably disappointing.

A Stitch in Time

Perhaps unsurprisingly, once it was established that the service wasn’t succeeding, it was taken down. As of December when the company shuttered the service, Original Stitch founder Jin Koh told Alpeyev and Clenfield that the service is obviously “still in beta.”

Koh is currently working on an improved version of the computer-vision software behind the service, which could be released later this year. Instead of using one photo, the updated version will require three: one of the desired shirt, another of the wearer’s chest, and the third photo of the wearer’s chest from the back.

For the user, it’s a little more work than the first iteration of the service (imagine asking a friend to take a picture of your back). If it works, having the ability to buy tailored clothes online would likely be appealing — especially if it eliminates the need for going to the store and trying on clothes in the dressing room, for those who dislike doing so.

We’ve known for a while that automation is expected to impact many industries in the years to come, but who could’ve ever guessed tailors would be at risk of being replaced by robots?

In this article:AI, Original Stitch