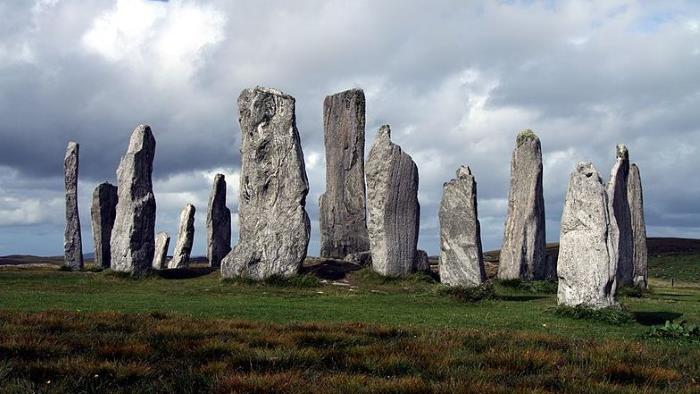 A magnetic anomaly was discovered at the site of the ancient Druidic sanctuary in Callanish on Lewis Island in Scotland as reported by the scientific portal Heritage Daily on March 18.

Participants in the Callanish virtual reconstruction project, led by the University of St Andrews and the University of Bradford, have identified a potential connection between the ancient stone circles on Lewis Island and the forces of nature. In the place of the sanctuary, called Irig on Binna Big, also known as Callanish XI, so far there is only one standing stone – the last remaining from the stone circle.

The project team, based on geophysical data, stated that in the center of the sanctuary there was a strong magnetic anomaly with a diameter of about 20 meters. Researchers believe that the anomaly was the result of a powerful lightning strike or a series of strokes about 4,000 years ago. Project manager Dr. Richard Bates of the University of St Andrews said on this occasion:

“Such clear evidence of lightning strikes is extremely rare in the UK, and communication with this stone circle is unlikely to be accidental.”

Bates said it was not known what attracted lightning. It could be a tree or rock, which is no longer there, or the megaliths themselves. “However, this remarkable evidence suggests that the forces of nature could be closely related to the daily life and beliefs of the early farming communities on the island,” he added. The project team hopes to return to Lewis next year to conduct further research in Callanish both on land and in waters, where the old landscape was flooded with rising sea levels.

“The significant results of the Lewis study show that we must understand the landscapes surrounding these ritual monuments, and the role that nature and natural phenomena, including lightning, played in creating rituals and beliefs of people many thousands of years ago,” Professor Vincent Gaffney of Bradford University said.

Callanish on the Scottish island of Lewis, part of the Outer Hebrides archipelago, is an ancient cult site that is one of the most famous monuments of megalithic culture in the British Isles. Callanish includes 19 megalithic objects. The megalithic stones of the shrines were erected during the Neolithic period between 2900 and 2600 BC. e. for worship by Druid priests. Previously, other shrines also existed at this place.

In this article:lightning rituals, scotish druids