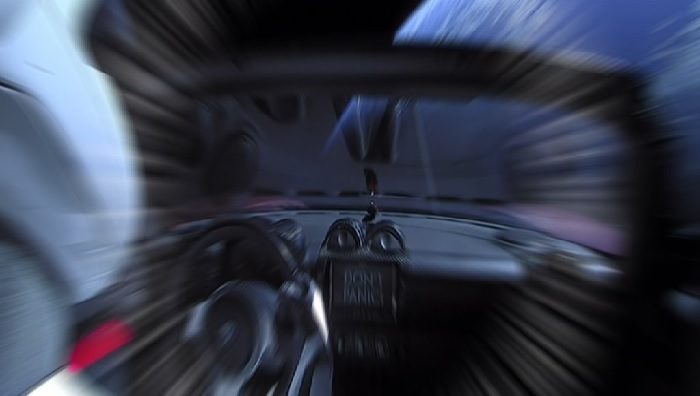 I guess 11% is fairly low but then again any percentage is still a chance…the risk of satellites and other launched objects crashing back to Earth with potentially deadly consequences are becoming too regular now and not to mention the natural threats we already face from asteroids, comets etc..

It’s the darnedest thing, guys. Remember that Tesla owned by Elon Musk that SpaceX cavalierly launched into space last week? Well, it turns out that might not be the last we see of it.

In fact, according to a new analysis of the Roadster’s orbital trajectory, that stylish hunk of red metal, rubber, ‘Starman’, and other cool stuff is on track to make a number of close encounters with Earth – and ultimately, one day, it could even hit us.

That’s the assessment of Canadian astrophysicist Hanno Rein from the University of Toronto Scarborough, who, with fellow researchers, ran the numbers on what the Tesla’s invisible highway through space might look like, given what we know about orbital dynamics.

“We have all the software ready, and when we saw the launch last week we thought, ‘Let’s see what happens.’” Rein told Science.

“So we ran the [Tesla’s] orbit forward for several million years.”

Over that epic expanse of time (and space), it’s fair to say that a lot of things could happen – and the further ahead we estimate, the fuzzier the picture becomes, given how many gravitational factors could affect the overall trajectory of the vehicle (and the second stage of the Falcon Heavy rocket, to which it remains attached).

Nonetheless, the team’s simulations suggest the Tesla’s elliptical orbit around the Sun – which sees it repeatedly cross the orbits of Mars, Earth, and Venus – will make for several close encounters with Earth in the future, the first of which is expected to take place in 2091.

Looking further ahead, the good news is the researchers don’t foresee any possible impacts with Earth for the next thousand years at least – but they’re not offering any kind of firm guarantee on that. 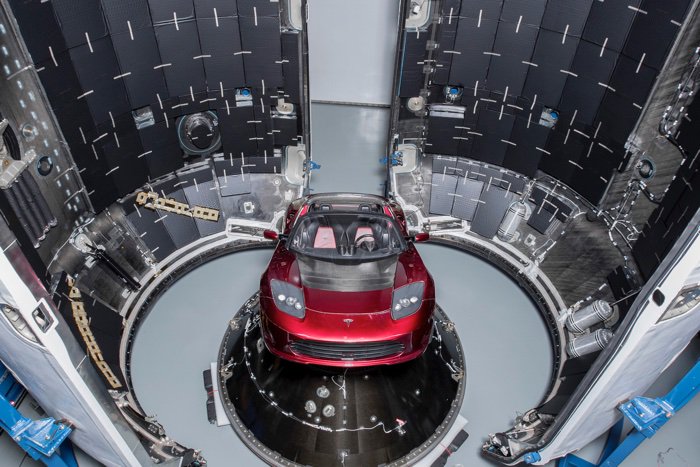 “The bottom line is we can’t predict with certainty what’s going to happen after just a few hundred years, because it’s a chaotic orbit and we can only draw conclusions in a statistical sense,” Rein told CBS News.

Still, across some 240 simulations tracing the long-term dynamical evolution of the car’s possible orbital destinies, “roughly 50 percent are going to hit a planet in the next few tens of millions of years,” Rein figures.

To the extent their approach can quantify risk of a collision, the researchers say there’s a 6 percent chance the Tesla will collide with Earth within the next million years, and a 2.5 percent chance Venus will get clipped over the same time frame.

As time goes on – looking 3 million years ahead – the probability of a collision with Earth increases to 11 percent.

Mars got off scot-free in all the test runs with no impacts, and only in one simulation did the Tesla collide with the Sun – sometime within the next 3 million years.

It’s worth pointing out that these calculations haven’t yet been peer-reviewed by other scientists, but as the researchers themselves freely acknowledge, there’s a great deal of mathematical unknowns in these orbital scenarios.

But given the Roadster is estimated to have a virtually immortal half-life of some 20 million years (as it ever-so-slowly erodes into nothingness in space), the team ultimately “expect collision probabilities with the Earth to be substantial”, they write in their paper.

In any case, if the worst happens, there’s really no need to be worried. Not now, nor much, much, much later.

“It will either burn up [in the atmosphere] or maybe one component will reach the surface,” Rein told Science.

“There is no risk to health and safety whatsoever.”

The findings are available on the pre-print website arXiv.org.