This year in November, the next presidential election is due to take place. Usually at this time (the month of April) the election race of candidates for the highest position in the state becomes the top topic of the American media. This year, it was eclipsed by the theme of the viral economic crisis.

Last month, the media briefly reported that the current US President Donald Trump, following the results of the primaries in Florida and Illinois, secured the support of a sufficient number of delegates to guarantee the achievement of the presidential candidate in the 2020 elections. Thanks to the victory in the primaries in these two states, Trump gathered more than 1,276 delegates needed to run for the party congress in July. The rival of the Trump from the Democratic Party in the elections will most likely be former US Vice President Joe Biden.

Trump optimistically stated that the acute phase of the crisis would end by April 12, the day America will celebrate Easter. True, the statistics of an increasing number of coronavirus infected people make experts doubt such an optimistic scenario. The completion of the acute phase of the crisis by them refers to the beginning or even the middle of summer. Then the topic of the presidential election will definitely become the main one in the American media. Obviously, Donald Trump will become a key figure in the news feeds. Democratic candidates will not only show off their programs and show off their achievements in previous fields, but will criticize Trump’s current policies, including his efforts to extinguish the “fire”, code-named “COVID-19.”

But Trump’s supporters have hidden another powerful argument in favor of their idol. This argument is already being talked about, but so far not very loudly in the narrow circle of Donald Trump. In the last months before the election, tens of millions of Americans will find out about him and, as activists of Trump’s campaign headquarters reckon, they will think about it. This is one prediction that was made in the first half of the last century. Its author is the “sleeping prophet” Edgar Cayce. He is widely known in America among ordinary citizens, as well as among politicians and political scientists who often refer to Cayce to explain certain political events. So who is Edgar Cayce?

In biographical dictionaries and reference books he is represented as an American mystic, medium, and even “healer”. Years of life: 1877-1945. Without going into details, already at the very beginning of the twentieth century our hero had the ability to receive “revelations from above.” Gradually, the abilities showed more distinctly, and the number of “revelations” grew rapidly. From mid-1943 to mid-1944 alone, Cayce conducted more than one and a half thousand sessions with the mysterious “informants”.

Cayce left several thousand answers written by stenographers (called “readings”) to a wide variety of questions. Starting from diagnoses of illnesses and prescriptions for patients and ending with pictures of the history of ancient civilizations, as well as pictures of all kinds of cataclysms on a world or American scale. “Cayce received the revelations in a trance similar to a dream. For this reason he received the nickname “sleeping prophet.” The first biographer of the “sleeping prophet” was Thomas Sugru, who wrote the book “River of Life. The story of the great clairvoyant Edgar Cayce “(it was published during the life of Cayce in 1943).

Researchers still continue to sort the archives of the “sleeping prophet”, finding in it predictions related to events that have already occurred after the death of the seer, and those that still have to happen. However, a significant part of shorthand records is difficult to decipher, or have multivariate interpretations. But, we can say with confidence that Casey has become for many American political scientists and historians a very convenient support in building the theories they need.

Some experts are skeptical of Cacey’s “prophecies.” Some of them, in fact, came true. But others were not. Some examples of the “failures” of the “sleeping prophet”:

Hitler will unite all of Europe into a common democratic state.

In the second half of the 1940s, after the Civil War, supporters of American-style democracy will win in China.

In the late 1960s, Atlantis will rise again from the waters of the Atlantic Ocean.

Whatever the case, American politicians and the media today prefer not to notice the above and many other “failures” of the “sleeping prophet”: they needed the “prophet” to solve certain problems.

So the campaign headquarters of Trump Edgar Cayce will become very necessary in the near future. This is the next “prophecy” of our hero: the 44th president of America will be the last. Thomas Sugru and other biographers of the “sleeping prophet” describe this “revelation” like this: Cayce saw in a dream a long corridor in which there were many rooms. Each room signified the rule of a particular president of America. Cayce walked around 44 rooms, all of which contained reminders of successive presidents. When he looked into the last, 45th room, it was empty. And casey got information
It can be understood that after it there will be no America.

A similar prediction about the last 44th president of America was made by other seers – Vanga, Nemchin, Nostradamus, Rano Nero …

Experts and lovers of mysticism also know the fortuneteller Rano Nero, who lived nearly six centuries ago. A Catholic (Franciscan) monk, more often acting under the nickname “Black Spider”. They refer to the following mysterious text of the Black Spider: “A new state will appear between the two oceans. It will become the strongest and most powerful. It will be governed by four years. The 44th ruler of this state will be the last.” But according to official figures, number 44 in the line of American presidents was Barack Obama, who spent two terms at the White House (from January 20, 2009 to January 20, 2017). And Donald Trump who replaced him is already at number 45.

However, experts estimated that Trump is still the 44th president, since there was President Steven Grover Cleveland in the history of the United States, who was counted twice, which is wrong. He was elected at the end of the XIX century twice, but with a break. If correctly considered, then Donald Trump is the 44th president of America. Trump advisers are said to know the prediction of Edgar Cayce. And they will use it in the election campaign of their boss.

If he is re-elected, then he will still go under number 44. And if Trump’s rival wins, then this will definitely be the “end of America.” And it will come in November 2020.

American mysticism lovers recently made yet another discovery pertaining to Donald Trump’s persona and the 2020 presidential election. These are two books discovered in the Library of Congress. Both belong to the pen of a fairly well-known American lawyer and writer Ingersoll Lockwood, who is known for more than a century ago . Years of life: 1841-1913. He wrote the following two books:

“Baron Trump’s Marvelous Underground Journey”,
“The Last President”.
The first was published in 1896, the second in 1900.

The protagonist of both books is a certain Trump, able to move in time. He begins his life in Russia, where he is taught by many great wisdom the great master Don. After numerous movements in time and space, he finds himself in the United States, where he becomes president of the country. The books are full of striking literal coincidences with the current Trump. So, Trump Book lives in a hotel on Fifth Avenue (this is where the Trump Tower stands). The fictional Trump administration has an influential person named Pence (namely, the current US vice president has that name). And most importantly, the hero of the trump novels turns out to be the last president of America, which is clear from the title of the second book.

If we ignore cheap mysticism, to which the American layman is very indifferent, it should be said that the future of America is really very gloomy. Regardless of whether the 44th president (Donald Trump) or the 45th (any of his competitors) takes the chair, America will continue to plunge into the quagmire of the crisis. And for such conclusions one does not need to appeal to some “sleeping prophets.” Here, for example, is the fresh US economic forecast from Wall Street Bank Morgan Stanley: in 2020, US GDP will decline by 5.5%, which will be the sharpest drop in the country’s GDP since 1946.

By the middle of the year, the US unemployment rate will reach a record high of 15.7%, and the cumulative total loss of jobs in the US in the second quarter will be 21 million. In the headlines of many American newspapers and magazines, the words “apocalypse,” “end of the world,” “end of America.” Today in the New World, they are increasingly talking about the end of America. Scenarios are more than enough. From total physical destruction resulting from the eruption of a supervolcano in Yellowstone National Park, to disintegration into individual states or the loss of the status of the Pax Americana empire by the United States. 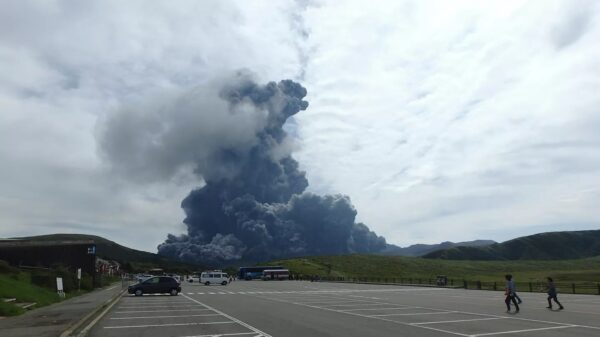