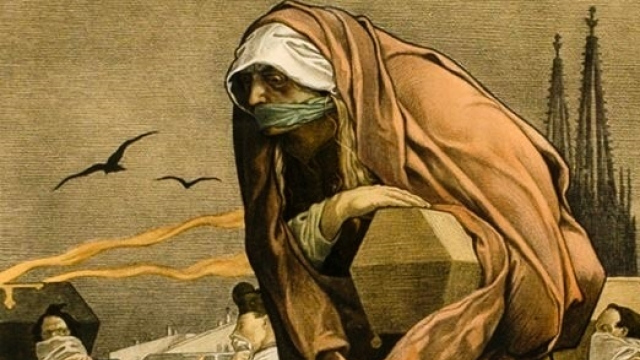 At the end of last year, renowned lawyer Rainer Fühlmich assembled a team of over 1,000 lawyers and 10,000 medical experts to create a new “Nuremberg Tribunal” against the CDC, WHO and the Davos Group.

Here are some of their most recent claims:

Fühlmich and his team claimed the PCR test was wrong, and declared it fraudulent to order doctors to treat any accompanying death as death from the coronavirus. He believes that PCR is not designed to detect pathogens and gives 100% errors at 35 cycles.

The CDC recognizes that any tests over 28 cycles are invalid for a positive positive result, with all CDC-controlled PCR tests spanning 37 to 45 cycles.

This makes over 90% of the suspected cases detected by the PCR test invalid.

The second target of the Fühlmich team was the vaccines Pfizer and AstraZeneca, which were declared to be the most effective. They believe that these drugs are “experimental” and violate the famous 1949 Geneva Convention. In accordance with Art. 32 “mutilation and medical or scientific experiments not requiring the treatment of the protected person” are prohibited. And Art. 147 prohibits biological experiments on protected persons.

The eminent lawyer believes that the aforementioned “vaccine” does not meet the following five requirements to be considered a vaccine, and is by definition a medical “experiment” and test:

Should provide immunity to the virus

Fühlmich calls it “leaky” gene therapy, which does not confer immunity to Covid. The creators claim that it reduces symptoms, but currently 60% of patients requiring emergency or intensive care with covid infections have received double vaccinations.

Should protect recipients from infection

But the drug does not provide immunity, and a twice-vaccinated person can still get infected and spread the virus.

Should reduce mortality from viral infection

Fühlmich provides statistics that the drug does not reduce mortality from infection. Twice vaccinated also die from Covid.

Should reduce the circulation of the virus

But the virus continues to actively spread and mutate.

Should reduce transmission of the virus

Research shows that vaccinated people can transmit the virus in the same way as “asymptomatic” people.

Reiner Fuellmich is a lawyer who has successfully butted with such giants as Volkswagen and Deutsche Bank, which means that his team will present many more questions to Western vaccine producers.

A recent discovery by a team of American scientists has revealed one secret: how do viral RNAs end up stitched into the DNA of higher organisms? This is observed with some viruses, such as hepatitis B, etc. New information suggests that this phenomenon is much more common than previously thought. And it turns out that we can get a portion of shock if we sequencing somatic cells more intensively.

So a new discovery:

“Date: June 11, 2021 Source: Thomas Jefferson University Brief: In a discovery that challenges long-standing dogmas in biology, researchers show that mammalian cells can convert RNA sequences back to DNA, which is more common in viruses than eukaryotic cells.

Cells contain a mechanism that duplicates DNA into a new set that enters the newly formed cell. This same class of machines, called polymerases, also construct RNA messages that are similar to records copied from a central repository of DNA recipes so that they can be more efficiently read into proteins. But it was believed that polymerases work in only one direction – the transformation of DNA into DNA or RNA.

This prevents RNA messages from being rewritten back into the master genomic DNA recipe book. Now researchers at Thomas Jefferson University are providing the first evidence that RNA segments can be written back into DNA, potentially challenging a central dogma in biology and could have wide-ranging implications across many areas of biology.

“This work opens the door to many other studies that will help us understand the importance of having a mechanism for converting RNA messages to DNA in our own cells,” says Richard Pomerantz, Ph.D., associate professor of biochemistry and molecular biology at Thomas Jefferson University. “The reality that human polymerase can do this with high efficiency raises many questions.”

For example, this discovery suggests that RNA messages can be used as templates for repairing or rewriting genomic DNA.

The work was published June 11 in Science Advances.

Together with the first author Gurushankar Chandramuli and others, Dr. Pomeranz’s team began researching one very unusual polymerase called theta polymerase. Of the 14 DNA polymerases in mammalian cells, only three do the bulk of the work of duplicating the entire genome in preparation for cell division.

The other 11 are mainly involved in detecting and repairing when a break or error occurs in DNA strands. Theta polymerase repairs DNA but is very error prone and makes many mistakes or mutations. Therefore, the researchers noticed that some of the “bad” properties of theta polymerase were in common with another cellular machine, albeit a more common reverse transcriptase in viruses. Like Pol-theta, HIV reverse transcriptase acts as a DNA polymerase,

In a series of elegant experiments, the researchers tested theta polymerase against HIV reverse transcriptase, which is one of the most well-studied of its kind. They showed that theta polymerase is capable of converting RNA messages into DNA, which it does in the same way as HIV reverse transcriptase, and that in fact it does it better than duplicating DNA into DNA.

Theta polymerase was more efficient and introduced fewer errors when using an RNA template to record new DNA messages than when duplicating DNA into DNA, suggesting that this function may be its primary target in the cell.

The group collaborated with the laboratory of Dr. Xiaojiang S. Chen at the American University and used X-ray crystallography to determine the structure and found that the molecule was able to change shape to accommodate the bulkier RNA molecule, a feat unique among polymerases.

“Our research shows that the main function of theta polymerase is to act as a reverse transcriptase,” says Dr. Pomerantz.“

– The rationale behind the discovered properties of theta polymerase is that it is involved in a variety of errors in which genes can be duplicated, especially when dealing with stressful situations in cells. Moreover, the RNA of viruses, it turns out, can easily turn out to be “wired” by it into the DNA of a higher organism. This idea alone had already been proposed three years earlier in the work: “Mechanistic Studies of Double-strand Break Repair Factors RAD52 and DNA Polymerase Theta” by Author: McDevitt, Shane …

So the new work perfectly confirmed the old one.

But! Serious concerns arise with the extensive use of viral vectors in vaccines. What is acceptable as a risk for severe pathologies such as oncology is already off scale for conventional applications, when the risk is comparable to the risk of complications without treatment.

(Approx. Vector vaccines such as Astro-Zeneca and Sputnik V)

In this article:DNA strands, RNA vaccine