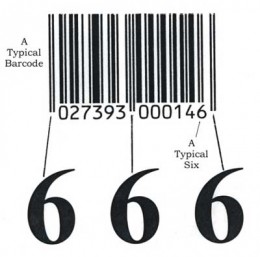 I recently wrote about the subversion of language, examining the way in which the word “apocalypse” has had its meaning changed from its true Greek definition regarding the unveiling of hidden knowledge to one of chaos and destruction. Tied into this is the subversion of a number which has become equally misunderstood thanks to the distortions of religious dogma and popular culture. The fear of this number is known as hexakosioihexekontahexaphobia.

The phobia of the number 666 (pronounced “six six six” as opposed to “six hundred and sixty-six”) stems from the Biblical reference in the Book of Revelation 13:18, which suggests the number signifies the Number of the Beast relating to Satan or the Anti-Christ. This phobia is widely reflected in popular culture and has been a staple motif of numerous horror films. It has also had an impact on politics, most famously when Nancy and Ronald Reagan moved to their Los Angeles home and changed their address from 666 St. Cloud Road to 668 St. Cloud Road.

The phobia is arguably as widespread as triskaidekaphobia – the fear of the number 13 – yet the history of the number 666 is far more complex than a single reading based on a reference in the New Testament. Indeed, even the reference in Revelations is at odds with the general perception that 666 corresponds to Satan; in actual fact it refers to the beast which comes “out of the sea” and is given authority and power by The Dragon – a reference to the serpent – a beast which is not named in Revelations.

To confuse matters more, the vision of the Beast is concluded with a riddle, in which John reveals the significance of the number saying: “Here is wisdom. Let him that hath understanding count the number of the beast: for it is the number of a man; and his number is Six hundred threescore and six.” As if that wasn’t confusing enough, most scholars believe 666 relates to the Emperor Nero, whose name in Greek when transliterated into Hebrew retains the value of 666.

Other religions and mythologies have their own interpretation of the number 666. In the Bahá’í Faith, the number refers to the year in which Muawiyah took office as Caliph (actually the year 661, but that depends on which scholar is dating the birth of Christ); Jehovah’s Witnesses believe it symbolizes the unification of many harmonized governments; for Kabbalists it represents the creation and perfection of the world.

You don’t have to be religious to hold strange views about this number, with some attributing the significance of 666 to everything from a super-computer in Brussels and the New World Order, that shadowy banking cartel thought to be intent on global domination.

Some believe that 666 is embedded in every barcode – as David Thewlis rants in Mike Leigh’s excellent film Naked:

“What is the mark? Well the mark Brian, is the barcode. The ubiquitous barcode that you’ll find on every bog roll, and every packet of johnny’s and every poxie-pot pie. And every fucking barcode is divided into two parts by three markers and those three markers are always represented by the number six. Six-six-six. Now what does it say? No one shall be able to buy or sell without that mark. And now what they’re planning to do in order to eradicate all credit card fraud and in order to precipitate a totally cashless society. What they’re planning to do; what they’ve already tested on the American troops; they’re going to subcutaneously laser tattoo that mark onto your right hand or onto your forehead.”

In mathematics, as you’d expect, the number has far less sinister connotations. It is the sum of the first 36 natural numbers (1+2+3 etc.) making it a triangular number (and also the sum of all numbers of a roulette wheel). It is also an abundant number, and while I’m not at all sure how important that is, it’s also closely related to perfect numbers, which has to be a good thing. In Roman numerals it has exactly one occurrence of each symbol below 1000 (DCLXVI) and it was used in Babylonian mathematics.

666 isn’t alone, either. Three is a crowd, or the magic number, depending on your point of view, or the Holy Trinity of Christianity, the three jewels of Buddhism, the Three Pure Ones of Taoism, the Triple Goddess of Wicca or the three stages of enlightenment of the ancient Druids. Seven is lucky for some, the number of days of Creation, deadly sins, joys and sorrows of the Virgin Mary, and the number of lucky gods in Japanese mythology. It is both divine to the Wiccans and of particular significance in Cherokee cosmology.

Whether or not you believe all of the above to be nonsense (and it’s fair to assume that no one subscribes to all of the above at the same time), the fact that numbers are loaded with symbolism and meaning cannot be denied. The power of numbers, words and symbols is defined by the manner in which they are used – we invest them with meaning and potency through our collective cultural and historical experiences. The fact that so many secular Westerners fear the numbers 13 and 666 without truly understanding their significance is a testament to their deep-rooted impact on the psyche. 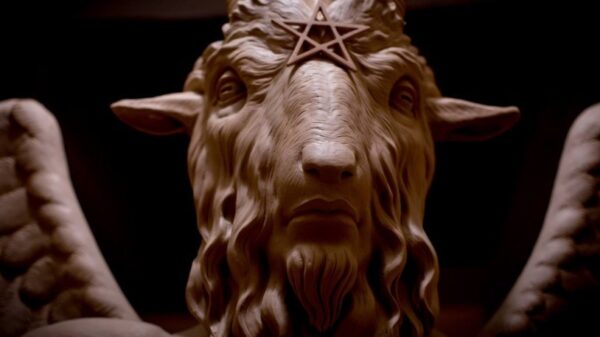