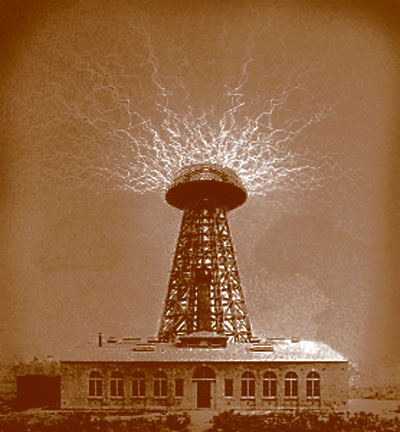 “The opinion of the world does not affect me. I have placed as the real values in my life what follows when I am dead.”  — Nikola Tesla

Free energy suppression is a conspiracy theory which claims that Free energy suppression that would reshape current energy paradigms is being suppressed by governments or special interest groups. In this context, the term “free energy” is not well-defined, and should not be confused with thermodynamic free energy. Generally, it is used to refer to purported transformative technologies which have the potential to dramatically reduce personal energy costs with relatively little capital investment.

There have been numerous “free energy” claims over the years. Many, such as those evidently implying perpetual motion are impossible according to the universally accepted physical laws. Others, such as cold fusion while not fundamentally proven impossible, are not accepted as established or even regarded as potentially viable by the scientific community at large. Skeptics usually regard all claims of and research into free energy technology as pseudo-scientific.

It is very easy to fake things on the Internet just like it is in movies ( YouTube has hundreds of  fake “free energy” generators.)

The energy systems of the future—whether they tap sunlight, store electricity, or make fuel from splitting water or reducing carbon dioxide—will revolve around materials and chemical changes that convert energy from one form to another. Such materials will need to be more functional than today’s energy materials. To control chemical reactions or to convert a solar photon to an electron requires coordination of multiple steps, each carried out by customized materials with designed nanoscale structures. Such advanced materials are not found in nature; they must be designed and fabricated to exacting standards using principles revealed by basic science. [– Source >>]

Until recently, magnetic monopoles were considered to be scientific “heresy”…

Alan Tennant explains what magnetic monopoles are, the most challenging aspects of the experimental setup for their observation at Berlin research reactor BER II, the significance of their discovery for future applications and the international collaboration with research groups. Please read the news release on www.helmholtz-berlin.de.

Before Tesla, we could not imagine electric motors in our daily life. Perhaps today we are near having “free energy” generators in every house?

Below are few examples of promising “free energy” generators. The future will tell if these are real or fake…

Mr. Yildiz has been invited by the Turkish patent office to demonstrate his all-magnet motor at the Inventors Expo in Geneva, Switzerland, from April 10-14. They are paying his way. He plans to have more than one motor, and for at least one of them to run the entire duration. The idea is to run it more than long enough to rule out the possibility of hidden batteries inside. Yildiz has invited me to participate in this event, and thanks to so many of you who have chipped in, I will be attending and reporting from there.

I had a Dealership with Dennis Lee and I saw with my own eyes and inspected both the Sun-dance Generator and Hummingbird Motor 4 ft by 4 ft footprint 30 KW per Hr generated The 300 Club does not want this type tech out yet Not until One World Government in Place and 4 Billion people gone from the Earth FACTS All.

As I fly home from this trip to Geneva to attend the 41st International Exhibition of Inventions in Geneva, Switzerland, where Muammer Yildiz demonstrated his magnet motor design (thanks to all you who chipped in to make this trip possible), I thought I would compile a list of a few reasons why I believe that what was demonstrating was indeed an all-magnet motor, and not some kind of trick, hoax, or scam.

(They shouldn’t put power plugs on airplanes. It makes it hard for me to sleep knowing I could be working. So much easier to sleep when I only have so much power left in my batteries. So adjusting my biological clock to Mountain time will have to wait a day.)

Though we were hoping to see the motor run for five days continuously, thereby ruling out any kind of hidden battery or other conventional energy storage mechanism that might have been concealed out of view inside the motor body, it turns out that the motor only ran for 4.5 hours continuously on the first day, before a malfunction occurred.

The malfunction was of four magnets that came loose. The motor slowed, and after a while, a noise could be heard, which is what spurred Yildiz to turn it off.

That night, in the privacy of the motor home he rented, he opened the motor and extricated the four magnets, two of which had obvious damage to them. In order to clean up the motor of those fragments, he would need 1.5 days and a large area to disassemble the entire motor, clean each magnet (not easy to do) and reassemble the motor.

Instead, he opted to not try and resume continuous operation, but to just give brief demonstrations of the motor running for about a minute, starting it up by releasing the braking mechanism, then stopping it by re-engaging the braking mechanism. He didn’t feel the motor was stable enough to run continuously, and he didn’t want a cascading, cataclysmic malfunction of this motor that is 15 years old and allegedly contains some 1200 magnets.

There was talk that he might get the smaller motor running, a task he attempted until 4 am the second night, but apparently abandoned.

Technology pioneer John Searl emerges from the lab to discuss The Searl Effect – an exciting innovation that will make power plants obsolete and power our vehicles into perpetuity for free.

The Searl Effect Generator (SEG) promises to be one of the greatest inventions in human history and a window to a new world of possibilities. It generates electricity without external input (e.g. fossil fuels such as oil or natural gas), producing economically sustainable clean energy. If you’re passionate about eliminating air pollution, solving our looming energy crisis, and supporting unprecedented economic growth, this interview is not to be missed!

M.T. Keshe, the founder of the Keshe Foundation, joins us to share his expertise, insights, and experience as a nuclear engineer and pioneer of what appears to have the attention of DARPA, the Navy, and many other agencies and countries around the world. M.T. Keshe is the author of The Structure of the Light and The Universal Order of Creation of Matters. He holds nothing back when it comes to sharing how extensively he has traveled to bring his systems into existence and who he has approached to bring his new discoveries to the world. This segment is bound to turn the lights on to what’s available right now for this generation.

PS1 Stuff They Don’t Want You To Know – Nikola Tesla

When impoverished inventor Nikola Tesla died in New York City, the U.S. government confiscated his notes. Why? Were they trying to steal his technology? Did they ever relinquish the notes? Tune in to this episode to find out.  Greed is destroying the world. We do not even know how many inventions and technologies were suppressed because rich people cant make profit out of it.Tesla was a genius. Invention of the day: A bladeless wind turbine

It may look like a giant airplane window strung with Venetian blinds, but this structure, designed by Dutch architecture firm Mecanoo and installed at the Delft University of Technology in March, is a model of a machine that would convert wind to energy without any moving parts. Any mechanical moving parts, at least: The technology, developed by the Electrical Engineering, Mathematics and Computer Science faculty at Delft, uses the movement of electrically charged water droplets to generate power. MIT physicists have been testing a light-emitting diode (LED), built by the Ioffe Physico-Technical Institute in St. Petersburg, that has an electrical efficiency of more than 100 percent. You may ask, “Wouldn’t that mean it breaks the first law of thermodynamics?” The answer, happily, is no.

The LED produces 69 picowatts of light using 30 picowatts of power, giving it an efficiency of 230 percent. That means it operates above “unity efficiency” — putting it into a category normally occupied by perpetual motion machines.

However, while MIT’s diode puts out more than twice as much energy in photons as it’s fed in electrons, it doesn’t violate the conservation of energy because it appears to draw in heat energy from its surroundings instead. When it gets more than 100 percent electrically-efficient, it begins to cool down, stealing energy from its environment to convert into more photons.

In slightly more detail, the researchers chose an LED with a small band gap, and applied smaller and smaller voltages. Every time the voltage was halved, the electrical power was reduced by a factor of four, but the light power emitted only dropped by a factor of two. The extra energy came instead from lattice vibrations.

Don’t miss: Let there be LED: The future of the light bulb

The scientists involved have detailed their discovery in a paper published in Physical Review Letters, saying: “Experiments directly confirm for the first time that this behaviour continues beyond the conventional limit of unity electrical-to-optical power conversion efficiency.”

69 picowatts of light, of course, is a very small amount — so you’re not likely to be able to read in bed with one of these LEDs. However, it could have applications in low-power electronics, acting as a thermodynamic heat engine but with fast electrical control.

Source: Ultra-efficient LED puts out more power than is pumped in

The U2 Ultra from Surefire gives you a super bright light with five brightness options that are changed by a selector ring beneath the head. The levels range from 2 all the way up to 100 lumens on 2 CR123 batteries.