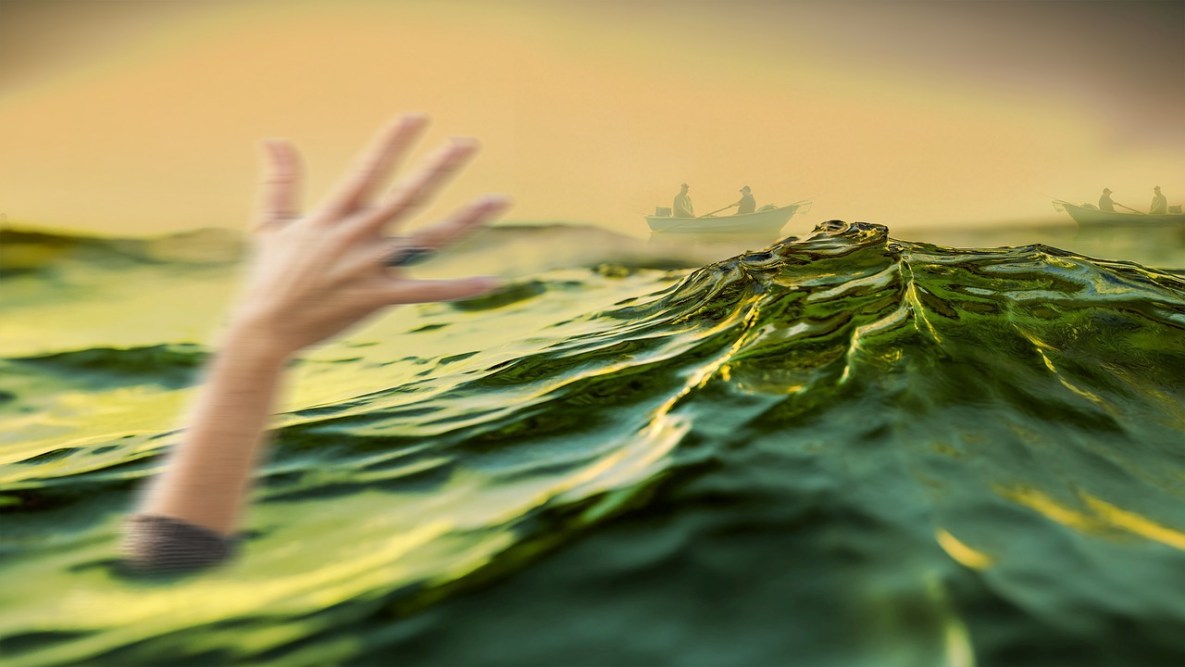 For centuries, families who live on homesteads, farms, and ranches would experience, in certain parts of the world, droughts. Crops began to fail and the supply of fresh, safe drinking water became scarce.

At such times, certain people would engage in the activity known as “water witching”. A forked stick; a branch that resembles a big letter “Y” was found or cut off from the limb of a tree. One of the bent ends were held in one hand; the other bent end was held in the other hand.

The extended, vertical part of the branch was held mainly upright but somewhat angled downward. The person would slowly walk over the land, at times muttering incantations or prayers for this rod to reveal where water is underground. If the vertical part of the rod sharply went downward; that is believed to be an indication of the spot or area where underground water is. Then, a shovel was used to dig downward to try to find this buried water supply. The person using the divining rod for water was called a “water witch”.

In various cases, a diviner would take an inexpensive ring, put a strong thread or cord being very lightweight through the circle part, tie tightly thereto, and hold the ring downward, walking slowly and looking for the ring to twitch, swing from side to side or move in a circular motion to indicate that which is being sought is allegedly right there underground.

In other cases, a pendulum, like the type seen on an old, old “grandfather clock” or a metronome would be attached to a string or cord held by a single hand to use for the seemingly magical underground detection according to where the pendulum would gravitate to.

Some people have had very good experiences, on various occasions; in finding lots of water, coins, treasure chests, etc. with their divining rods, rings, and pendulums. But consider this: large amounts of land can have quite a number of huge water deposits beneath the soil. According to the United States Geological Survey, more freshwater is located underground than there is in all of the earth’s freshwater lakes and rivers.

Earth’s “underground oceans”, trapped in minerals and located hundreds of miles underground, could have 3 times more water than the water on the surface of our planet.  Also, long, long ago people did not trust banks for security and some people then buried their gold, silver, and copper coinage in containers, at times even valuable jewelry was put in glass jars with tight lids, then buried underground.

Scientific researchers who studied divining rods, divining rings and such pendulums discovered such items have no power of themselves. The operator thereof is using his or her subconscious mind to make these objects move by slight hand action that seems as though these so called detectors are moving by themselves. The subconscious mind also uses clues in the terrain to make what are educated guesses as to where a desired item to discover is lying unseen underground.

Consider that water has a greater chance of existing in areas of depression, such as a valley, rather than a hilly area. The presence of various plants and trees that gravitate toward water can also be a clue to where deposits of underground water are. Even in dried up riverbeds, ponds, or streams there is often underground water just below the surface.

And at times, accidental movement of a divining rod, ring, or pendulum has occurred being mistaken for the ‘detector’ picking up a ‘signal’. Some people have used their ‘ divining tools’ over a large, opened outward map to look for special things, marking the so called location allegedly revealed with an ink pen.

Over a whole lot of years; many people who claimed to have special dowsing abilities have been rigorously scientifically tested and then discovered to do no better in results than by random chance.

In this article:divining tools, water witching