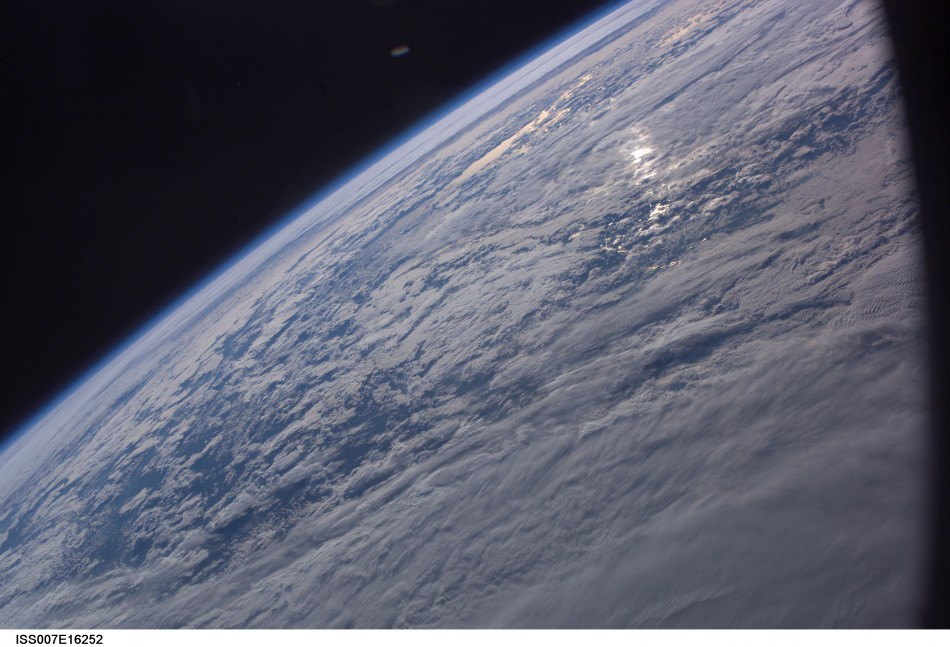 An unidentified flying object has been captured hovering above the Earth’s surface in an image uploaded to the Nasa website, sparking feverish debate among netizens.

The disc-shaped object can be seen emitting strange rainbow-like colourful lights above the Earth’s surface in the picture.

“Look carefully at the Nasa photo above and not only will you notice a UFO in it but if your computer screen brightness is higher, you will also notice that there is a glowing aura around the UFO,” Scott C Waring of UFO Sightings Daily said in his blog.

“This indicates the craft is there. Apparently Nasa astronauts thought this was interesting enough to take some photos of it and one accidentally made it onto the Nasa public site,” Waring added.

The image, uploaded on YouTube by a user who goes by the name Streetcap1, has sparked debate among viewers, with some believing it to be a sign of alien life and others dismissing it as the result of faulty camera lenses.

On 2 May, a witness in San Lorenzo, California reported seeing strange orange lights in the sky. The witness also added that the object came into view following a loud noise.

According to the witness, the object that stayed stationary in the sky for about 30 seconds was seen emitting red, orange and yellow lights.

“I heard a distant pop boom sound that got my attention and all the dogs on the block began to all bark. Looking almost straight up and about 10 degrees to the west, so at 80 degrees, I saw a very bright object that was flashing or pulsing orange, red, yellow, blue [and] white lights randomly across its shape that appeared to be rectangle,” the witness said.

In April, a grey saucer-shaped object was seen flying over the skies of Khakassia in Russia. An image of the object taken by two schoolgirls left onlookers stunned and amazed.

In this article:earth, Nasa, orbit, UFO