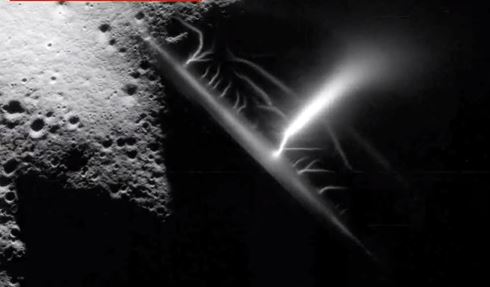 Below is an image that has been making its rounds on various UFO websites.  The original image was taken during the Apollo 16 lunar mission on April 21, 1972. The image was finally posted last week, and in that time it  has caused quite the buzz.

Scott Waring explains what he believes is an alien power plant or refueling station for spacecraft. Survey says? Probably not, but we haven’t found an explanation yet. One of you science types can drop some knowledge on us we hope. What is this? Why does it look like a plume?
In this article:alien base, Alien Power Plant, moon