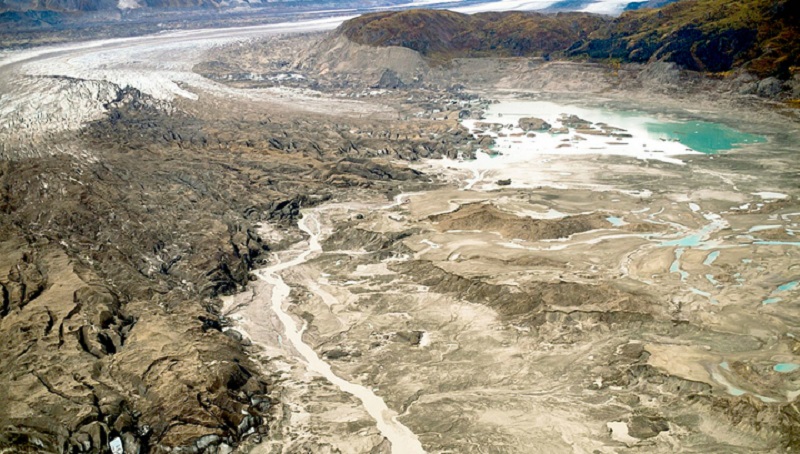 The drying up of rivers around the world has been at the top of global news since the beginning of 2022, and against this background, people somehow forgot about the Euphrates River, which began to dry a little earlier and now it has come to the point that even reservoirs are depleted by more than 90%.

In particular, since the beginning of summer, Iraqi archaeologists have been studying what is left of the Qadisiyah reservoir, formed as a result of the construction of the dam of the same name.

The city of Anah in the province of Anbar, which is possibly the most ancient city on Earth, fell into the flood zone of the dam. It is definitely older than Babylon, since the development of civilization on the Euphrates began just in this area.

With the current unprecedented climatic situation under development in the world, the rivers are drying up and many secret things are becoming clear. In particular, buildings and structures of the city of Anah come to the surface, for which there is no explanation.

The officials are trying to pass it off as some kind of tombs for the nobility or for some special prisons, but the theories are all but fragile. Throughout Iraq, there are no analogues of such building and it resembles more of the remains of some kind of futuristic structure made of reinforced concrete.

What is most terrible in these tunnels, which are more and more exposed in front of the receding water, is that from time to time, disturbing screams are heard from underground, excruciating sounds giving chills to bystanders.

One of the possible explanations for both these strange structures and the sounds made by the stones is offered by Revelation:

The sixth angel sounded, and I heard one voice from the four horns of the golden altar standing before God, saying to the sixth angel, who had the trumpet: “Free the four angels bound at the great river Euphrates.” And four angels were set free, prepared for an hour, and a day, and a month, and a year, in order to slay a third of the people.

For the stream beds of water are dried up

In the countries of the Middle East, there is a decrease in fresh water reserves. According to forecasts, conflicts related to the use of water sources, in the following years, may become one of the main causes of wars.

Data from NASA show that the Middle East is losing significant amounts of fresh water and according to studies, in the basins of the Tigris and Euphrates rivers, there is a decrease in water reserves in the amount of 144 cubic kilometers, which is comparable to the volume of water in the Dead Sea.

This is the second significant water loss after the 2002-2008 water loss in northern India and surrounding areas, according to a study published in the American Geophysical Society’s Water Resources Resarch. NASA notes that the cause of the 2007 drought was the unsustainable use of water sources, as well as an increase in water demand as a result of population growth. NASA predicts a decrease in fresh water supplies in the Middle East and a shortage of drinking water in some countries.

It is possible that with the final shallowing of the Qadisiyah reservoir, this appointed day, month and hour will come?

In this article:Euphrates River, sixth angel