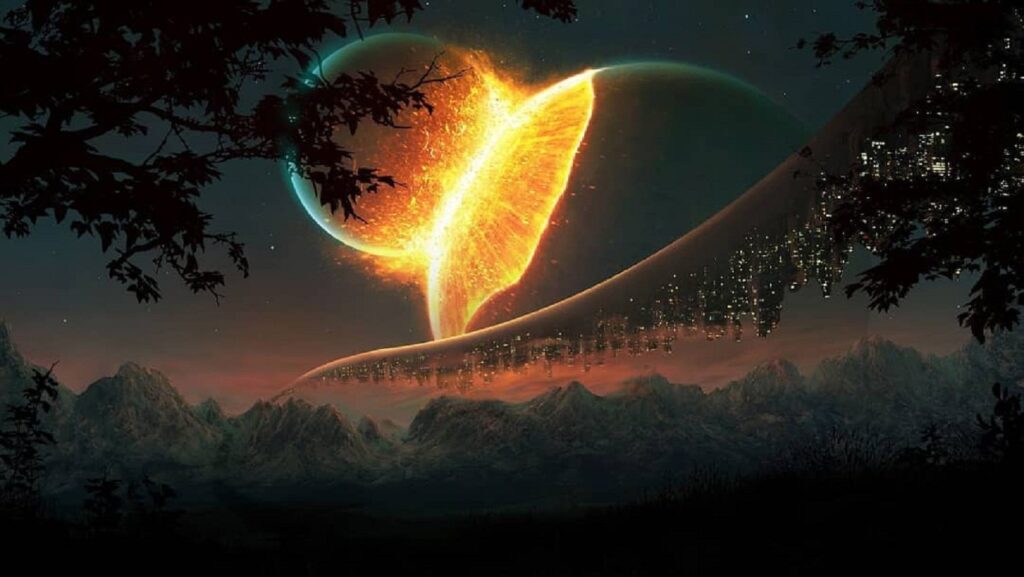 While the bulk of conspiracy theorists are filling internet space on the date of the beginning of the Third World War, the date of the global financial collapse, the explosion of all volcanoes at the same time and the landing of aliens, enlightened ufologists are busy exclusively with the passage of Nibiru, during which all of the above will happen immediately.

Unverified sources report that supposedly ufologists and conspiracy theorists are already observing gaps among the clouds, which may indicate that a mysterious planet has entered the Earth’s atmosphere.

According to a small group of researchers, Nibiru may meet the Earth in the near future, which will lead to a global catastrophe and apocalypse. In general, very little is known about this cosmic body. The Internet is full of all sorts of theories and assumptions.

It is believed that Nibiru is located on the dark side of the Sun and is a kind of antipode of the Earth. We do not see this planet, because the sun separates us from it. All other information about Nibiru is very different. There is an assumption that this cosmic body is inhabited by some strange creatures that can both benefit humanity and destroy it.

In turn, the “space wanderer” Nibiru has been known since the time of the Sumerians. References to Planet X are also found in Egyptian manuscripts. The ancient Greeks called it Nemesis. The planet personified the goddess of Retribution.

Many practicing esotericists are convinced that Nibiru is inhabited by highly spiritual beings who have managed to solve the mystery of eternal life. The planet is ruled by the spiritual leader Marduk. All living souls on Nibiru, according to the esoteric, are trying to help the Earth and its inhabitants get out of the darkness into which they have driven themselves.

According to ancient beliefs, the inhabitants of Nibiru are trying to hide their existence from humans as much as possible, in order to save life on their planet.

In the video below, officials are trying to convince everyone that what appears close to the sun as a black dot is Venus, but they talk about Venus when solar telescopes catch something bright in the lens from time to time. What we clearly see here is a dark object, how could it still be Venus or Mercury?

Another similar situation is taking place with the urologist in this video, who apparently lost his voice, proving to everyone that there is an abnormally huge sun like object above the eastern horizon, so we recommend watching this without sound as it does not detract from the visual part:

And although all the circulating Nibiru videos are extremely informative and very interesting, the most stunning one has just been posted by NASA. There, the Orion spacecraft, dangling around the moon as part of the Artemis II mission, constantly sends wonderful footage of the Flat Moon, alien lunar fortresses and so on to Earth:

In one of the live broadcasts, this picture appears:

Moreover, the sign language interpreter, while explaining behind the scenes what they see, concentrated on describing the crescent, which, as it were, is the Earth, visible from a very far distance through oblique lens. But the translator does not see the red round thing at point blank range, as if it is not in the frame. This is not a camera glare and not the Sun, since the penumbra is well traced.

No one really understands what this red and round space object is, but when it approaches the distance of the moon and starts to rip trucks off the road, throwing them into orbit along with the drivers, followed by the sea overflowing its banks and a global flood beginning on the planet, then everything will become clear.