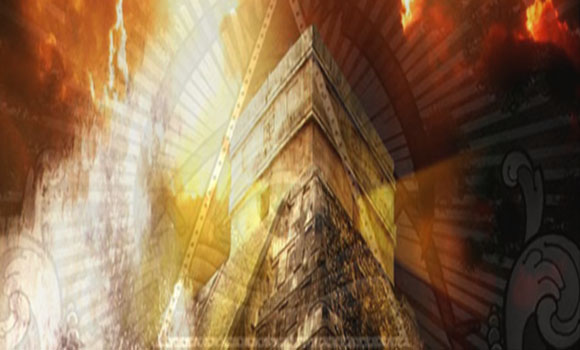 I think the answer is NO. Many parts of this forecast have been wrong. But as we enter the home stretch of 2012, it’s worth revisiting this wacky prophesy first revealed

The world may soon resemble Jonestown if a sick Illuminati plan to “harvest” souls in 2012 comes to pass. For a week in October 2008, a person claiming to be a “generational member of a Ruling Bloodline family” answered questions on abovetopsecret forum.

Using the moniker “Hidden Hand,” he gave a convincing explanation of the demented Cabalistic beliefs motivating the Illuminati. He described how they find this world consciousness (“Third Density”)  to be “very constricting and uncomfortable” and want to be united again with Lucifer (“the One,” the “Creator.”) This will require them to  stage an apocalyptic human sacrifice (“harvest of souls”) in 2012.

The background according to “Hidden Hand” is this: Yahweh had been running a “benign dictatorship” in the Garden of Eden. He made a pact with the Luciferians (Illuminati) to introduce evil into the world, so man will have Free Will to choose between right and wrong, and thus evolve spiritually.

Yahweh didn’t expect man would choose evil. As result, the Illuminati rule the world but now find it a tedious place. They intend to create the intense evil (selfishness, “negative polarity”) required for them to rendezvous with their spaceship, as it were. Remember, this is an insane satanic cult … which just happens to control the planet.

At the “Harvest,”  evolved souls will enter the “Fourth Density” with the Illuminati and enjoy a “Golden Age,” while everyone else’s soul will be transported to a “replica earth” where they will continue to “work on themselves.”

The scenario is reminiscent of the “Left Behind” series where Christians suddenly disappear into heaven, and non-believers are left behind to face the Tribulation. I don’t think this is a coincidence.

“The cosmic alignment on the 21st of December 2012 gives you 6 years to prepare… So its about time you all wake up and fight for your right to stay free under one God before they take complete control and start persecuting the true believers in the one God. …Get your swords and get ready to fight to defend your faith or perish…This is a war against Satan so please wake up in the western countries or you might wake up in a nightmare one morning in December 2012.”

“From 2010 you will start feeling the big changes in the air more and more but in 2012 you will have the clear evidence of the end of this civilization in front of your eyes….the total NAZIFICATION of the western countries by 2010 before the economic situation starts to badly crack for everyone. Then social tension will hit a peak never seen before and internal conflicts could eventually become in 2012: CIVIL WAR!”

In this article:2012, illuminati