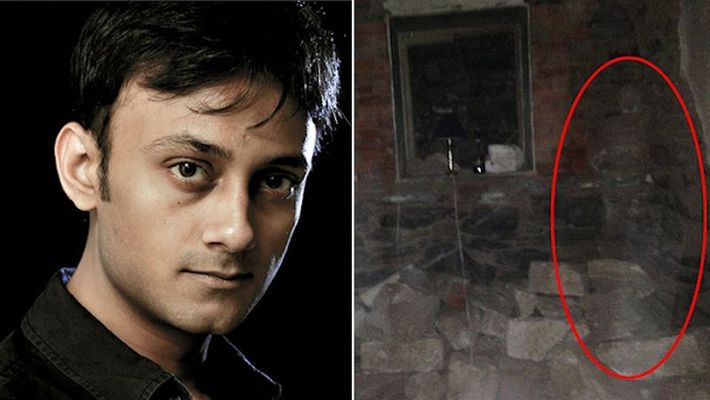 Indian paranormal investigator Gaurav Tiwari died on July 7, 2016 under ‘mysterious’ circumstances circumstances at his Delhi apartment. His wife Arya says Tiwari was upset because a “negative” spirit was troubling him. His death still puzzles many who doubt that supernatural powers have been involved in it.

The lives of paranormal phenomenon researchers are often interesting, but tense. For example, they visit abandoned cellars and houses, in an attempt to capture a ghost, visit geopathic areas to meet people who believe they are possessed by demons, personally observe the manifestations of entities, etc.

Often in their daily lives, they become witnesses of paranormal manifestations, as if they “awakened” evil spirits during their work. Sometimes, this “something” causes their illnesses, even death.

For example, the most famous Russian ufologist Vadim Chernobrov is said to have been killed by radiation in one of the many anomalous areas in which he travelled. However, the strange death of Indian explorer Gaurav Tiwari may be linked to an attack by an evil spirit or demon.

Gaurav Tiwari was a man of incredible destiny. In his youth, he was a movie actor. He then left for the US and decided to become a pilot. He studied in Texas, and then in Florida, and there, for the first time, he encountered paranormal phenomena, after which he radically changed his profession.

Paranormal phenomena appeared in the apartment he had rented in Florida. When Gaurav began to study the history of this home, he came to the conclusion that it was the naughty ghost of a young girl who died in the same apartment.

Prior to this incident, Tiwari was not simply not interested in the supernatural, but he was generally considered a skeptic and did not believe in ghosts or evil spirits. But after studying paranormal phenomena, he left his career as a pilot and returned to his native home, India.

There, he soon became one of the most famous local researchers of anomalous phenomena, and especially of ghosts. Gaining experience, Tiwari received a certificate from the American Paranormal Association of Paranexus Researchers.

He then studied hypnosis, became a medium specialist, and became an expert in numerous television programs, and more.

Tivari traveled the world, visited many places where he saw ghosts and UFOs. He compiled a vast archive of 6,000 eyewitness accounts. His career was developing extremely fast, but it ended on July 8, 2016.

The same night, a 32-year-old man was at his house in Delhi, India. Everyone in the house slept, and he went to the bathroom and locked the door. His family members woke up when loud knocks were heard from the bathroom and it soon became clear that Gaurav was inside.

The door was locked from the inside. Strange knocks were heard for some time, but Tiwari did not hear or answer his family’s questions. Suddenly everything subsided, and people finally managed to break the door and get inside.

They saw the young man lying on the floor, face down, in a helpless state. When he was rushed to the hospital, he was still alive, but all attempts to bring him to consciousness were unsuccessful. It got worse and worse, he couldn’t breathe and died soon.

The cause of his death has never been determined. It is only officially stated that he died of suffocation with no injuries detected on or inside his body, except for a frightening dark strip at his neck.

None of the doctors could understand where this bruise came from. It was not like the standard bruise of a hanging attempt. When they found the body lying on the floor in the bathroom, there was nothing on his neck.

The Tiwari family stubbornly rejects the belief that the man committed suicide. He had no financial problems, on the contrary, his career was going up. Most recently, he had appeared on the cover of Youth Incorporated magazine and in Syfy TV’s Ghosts of Australia. His personal life was also blooming as he had recently got married.

Tiwari has never said that he was thinking of suicide or that he had any problems. His death was completely unexpected and shocking to all who knew him.

The only clue came a month after his death, when the researcher’s father said that shortly before his death, Gaurav had shared his troubled thoughts with his young wife. He told her that he felt some sort of negative force trying to control him. The wife told his father about it, but decided it was all due to fatigue.

When this information leaked to media, versions began to emerge that Gourav may have been killed by dark forces, most likely by a demon. Tiwari had visited many cursed houses, hotels and other places where ghosts were seen. He may have accidentally “taken” something with him.

Then it turns out that just a day before his death, Gaurav Tiwari visited an obsessed girl in Dheneykperi district of Delhi. Could it be that during this meeting, the evil spirit had passed from the girl into Tiwari’s body? There have been similar cases in the history of paranormal phenomena when demons changed receiver.

Roy Chakraverti, a Delhi-based Indian supernatural phenomena researcher, thinks that’s exactly what happened to Tiwari. According to him, Gauraev “took” too much to himself and failed to cope with the pressure of darkness.

Another Indian researcher, Wagar Raj, has a similar version. According to him, ghosts or evil spirits cannot kill a person directly, but they can cause a lot of “inconvenience” if that person is already fragile and has a weak aura. 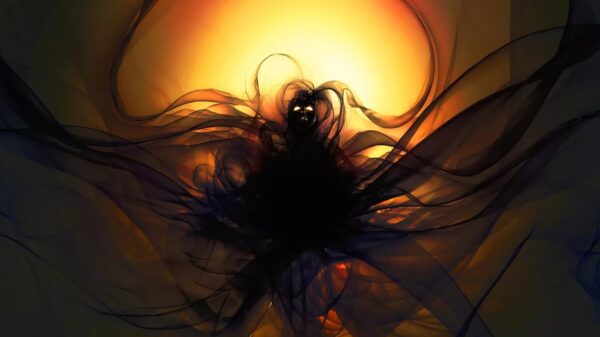