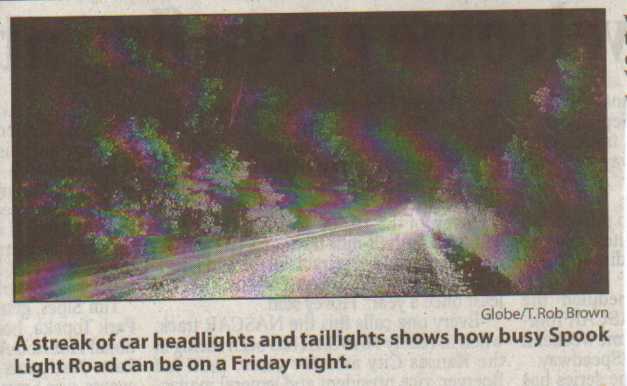 On a road outside Joplin, Missouri, where the rolling Ozarks merge into the endless flatness of Oklahoma and Kansas, locals report seeing a light called the Spook Light

The anomaly is variously described as a golden, red, or blue light but is always seen as one or more floating orbs

In the early 1940s, the Army Corps of Engineers studied the lights in a failed attempt to scientifically explain them

Locals in the Ozarks hills say they have seen the light and heard the tales of it all their lives.

The name of the area is the title of the series, created by artists Lara Shipley and Antone Dolezal,- but the mysterious apparition itself is known to the townspeople in southwest Missouri as the Spook Light.

Spook Light appears as a basketball-sized orb of light, but only every so often and only by chance on a road called E50, where the rolling Ozark hills disappear into the endless flatness of Kansas and Oklahoma 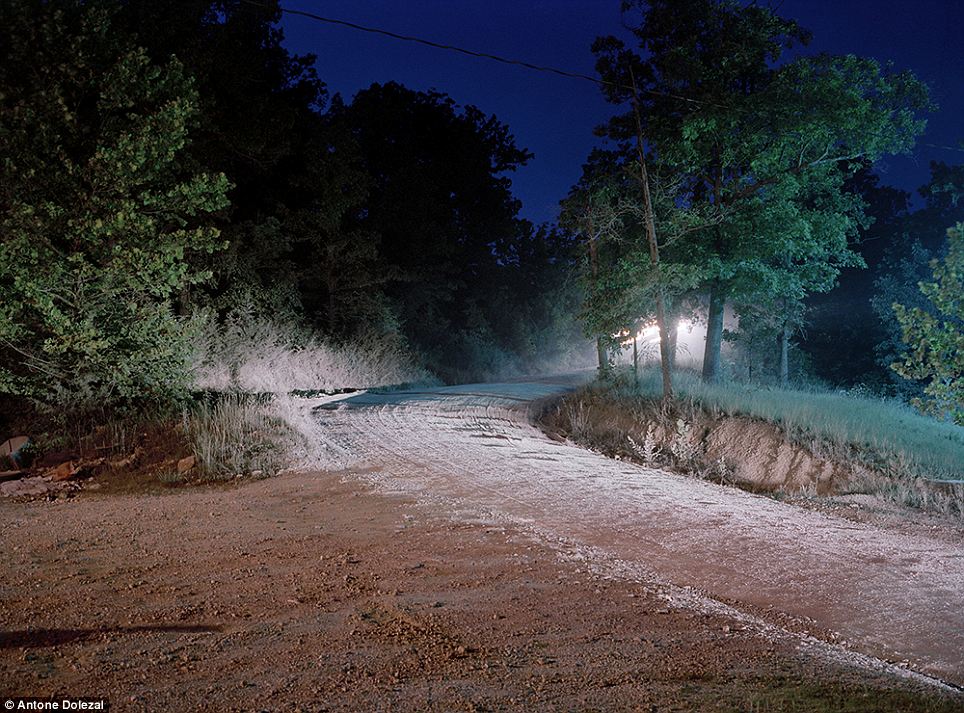 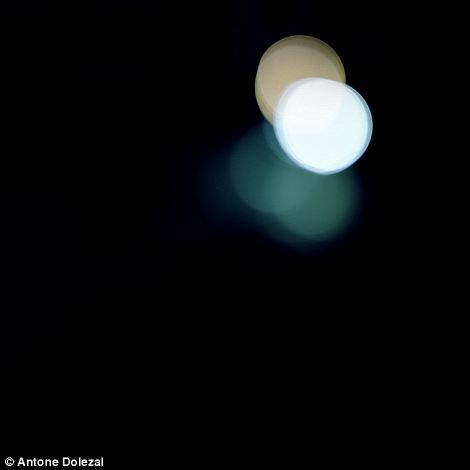 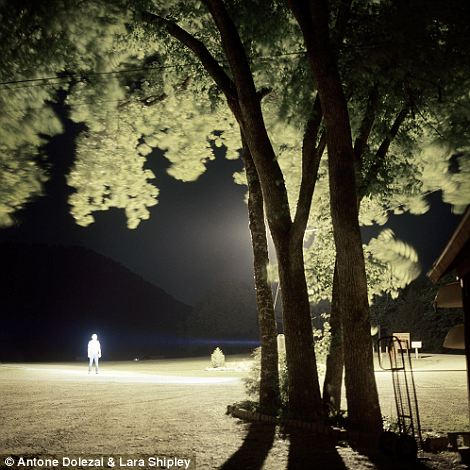 The light: Artists Antone Dolezol and Lara Shipley traveled to an area of the Ozarks known as Devil’s Promenade, a moniker that lent their project its name, in order to try and catch the intermittent, unexplained  phenomenon for which locals have varying explanations 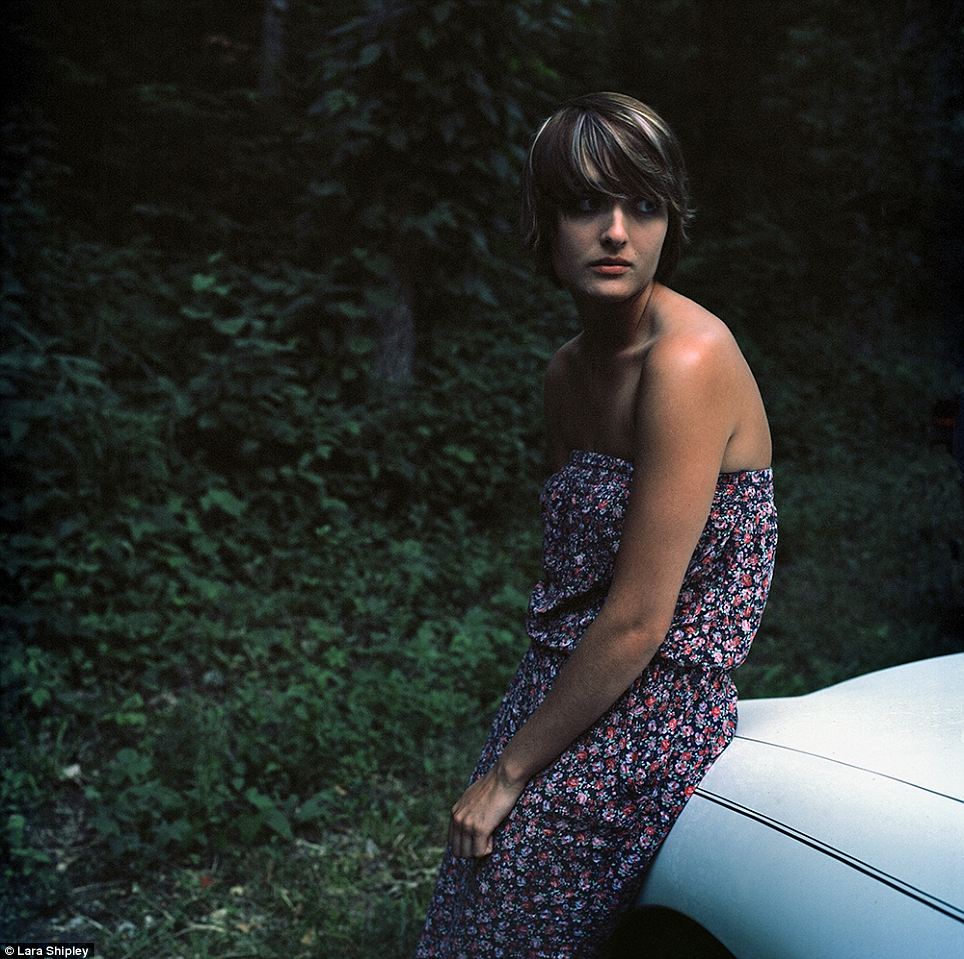 Waiting for light: The Devil’s Promenade is an area of southwest Missouri where the rolling hills of the Ozarks give way to the endless flatness of Kansas and Oklahoma

On E50, also known as Spook Road, there’s a gathering south of the town of Joplin each year at  Halloween, when hopeful visitors and locals alike seek a chance  encounter with the Spook Light.

Meanwhile, the cause of the light–which hovers in the sky and is seen to change colors as it moves towards and away from the viewer–remains a mystery 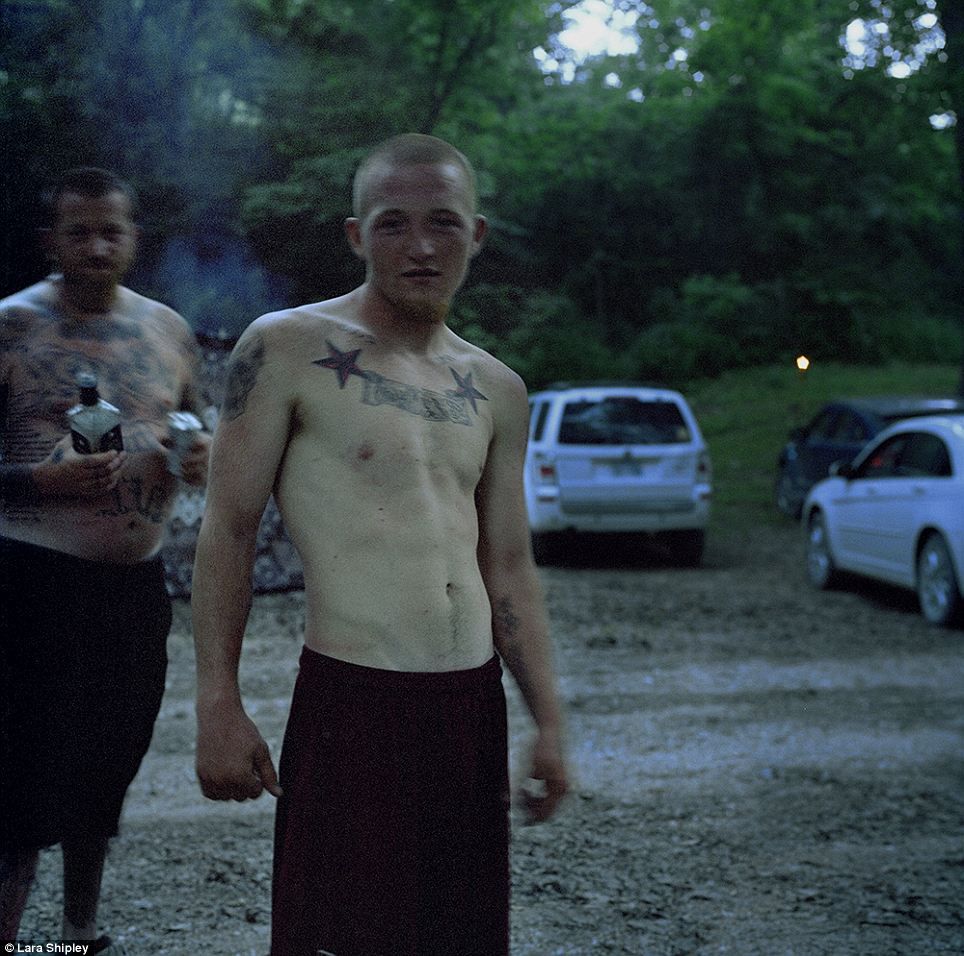 Denizens: The area where the Spook Light is colorful even without the lore. Some locals believe its the ghost of a Civil War soldier, while others say it is an Indian spook 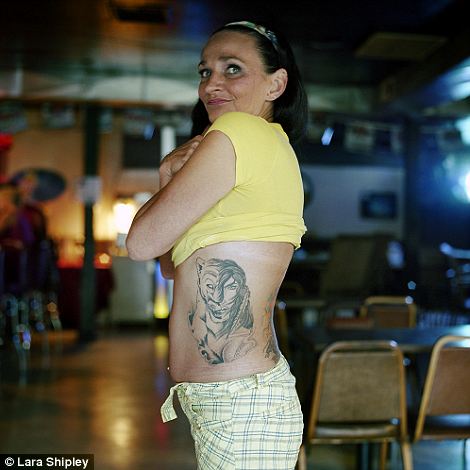 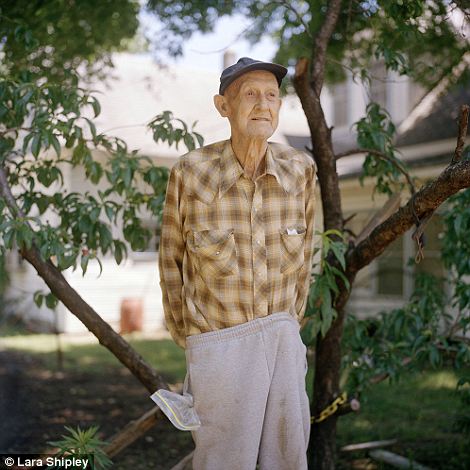 Isolated: The isolated locals manage a living in rural Newton County, where everyone seems have a version of the Spook Light story 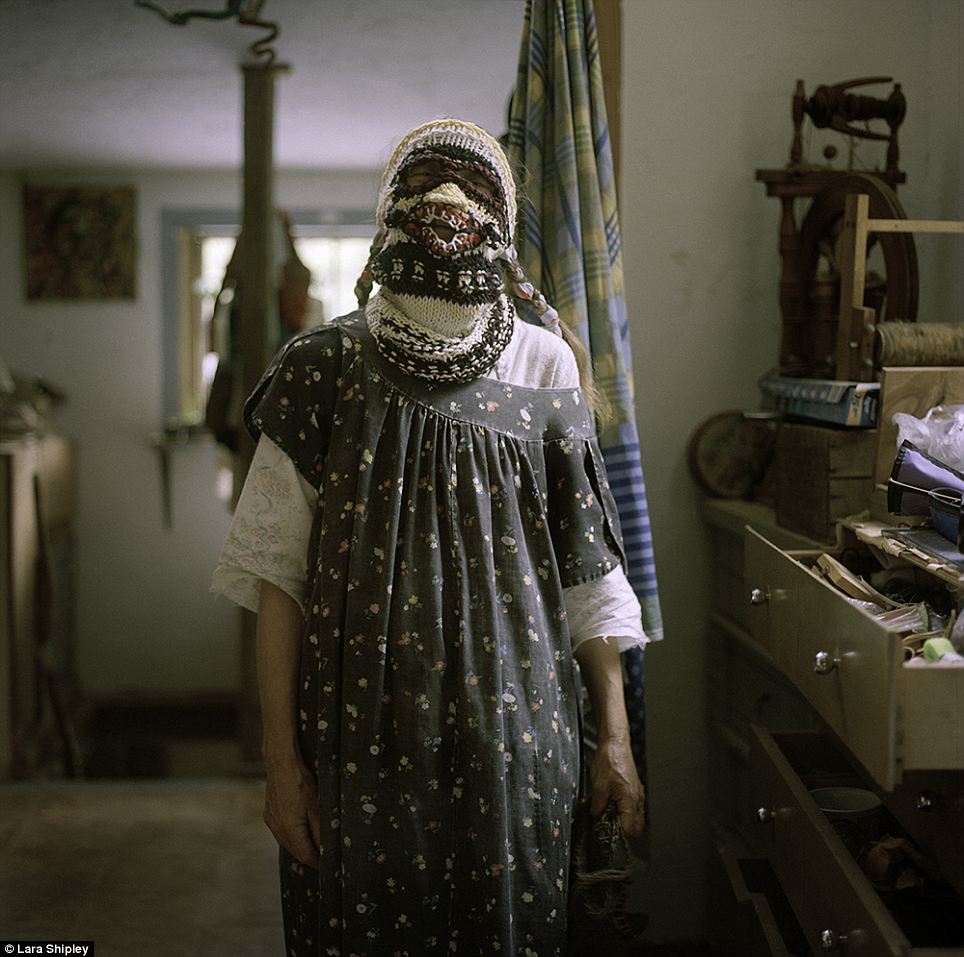 Parallels: The series points toward parallels between the Bible Belt area’s haunting anomaly and its denizens’ struggles to remain in the light, here on Earth and beyond

SPOOK LIGHT, GHOST LIGHT, OR DEVIL’S JACK-O’-LANTERN: A MYSTERY NO MATTER THE NAME

The Spook Light can be found south of Joplin, Missouri, a town now better known as the site of a devastating F5 tornado in 2011.

Like folklore anywhere, the legend of the Spook Light and its origins varies each time its told. Some maintain the light is the torch of a beheaded Quapaw or Osage Indian in search of his lost head.

According to another origin tale, the orbs are the spectral remains of the mutual murder of a native man and a white farmer in the woods.

Others legends say the light is the ghost of a Confederate soldier or that of a decapitated miner.

Despite an attempt in the 1940s by the U.S. Army Corps of Engineers to study the Spook Light, it’s true origins remain a mystery.

Some say the lights are the result of gases emerging from the abundant shales in the area.

Others blame reflected car headlights, though official reports date back to an 1881 publication called Ozark Spook Light, well before motor vehicles began passing through the area.

Luminescence from rotting organic matter has also been fingered, as have UFOs.

While the name and explanations vary, all those who see the Spook Light report it as an orb or several orbs that float on the horizon and can appear to move quite quickly. It is described as being able to change colors from blue to red to gold.

‘Its very spooky,’ said local Mary Roundtree. ‘It looks like a light way far off, and then its right on you.’

Roundtree said she saw the light as a kid when she and her parents were lured to E50 out of curiosity.

‘My heart was just pounding and it was up in my throat and I thought my head was going to explode and my hands got all cold,’ she said.

Local legend has it that the first to see the lights were the local Quapaw  Indians, and some stories saw the light is actually the tormented  spirits of two Quapaw lovers run off a cliff by an angry Chieftan.

Other folklore says the light is the torch of a Quapaw or Osage Indian who  was beheaded and is searching for his head. Still others maintain it’s  the spirit of a decapitated miner or Confederate soldier in search of  his lost head.

And for every story behind the lights, there’s another name for them. It has been  referred to as the Hornet Ghost Light, Devil’s Jack-O’-Lantern, Ozark  Spook Light, and Joplin Ghost Light.

Regardless of the tale behind it or its proper name, the locals who’ve seen the phenomenon are adamant it is real. 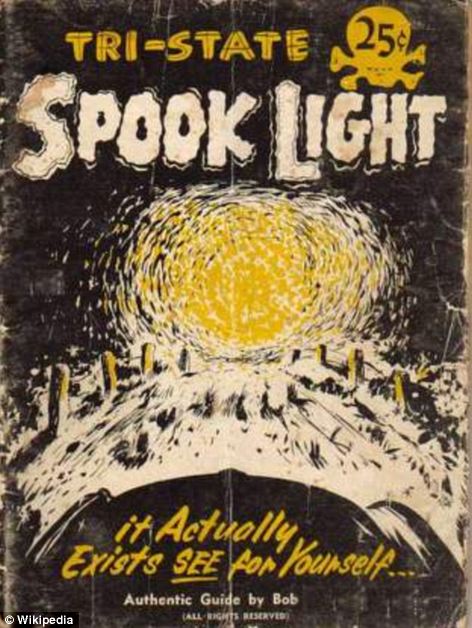 ‘An authentic guide by Bob’: Called the Tri-State Spook Light by this guide, the phenomenon occurs on a rural stretch where the Ozarks flow into the endless, flat stretches of Kansas and Oklahoma

Roberta Williams from Carthage, Missouri has seen the light and told her story to Mysterious Universe. 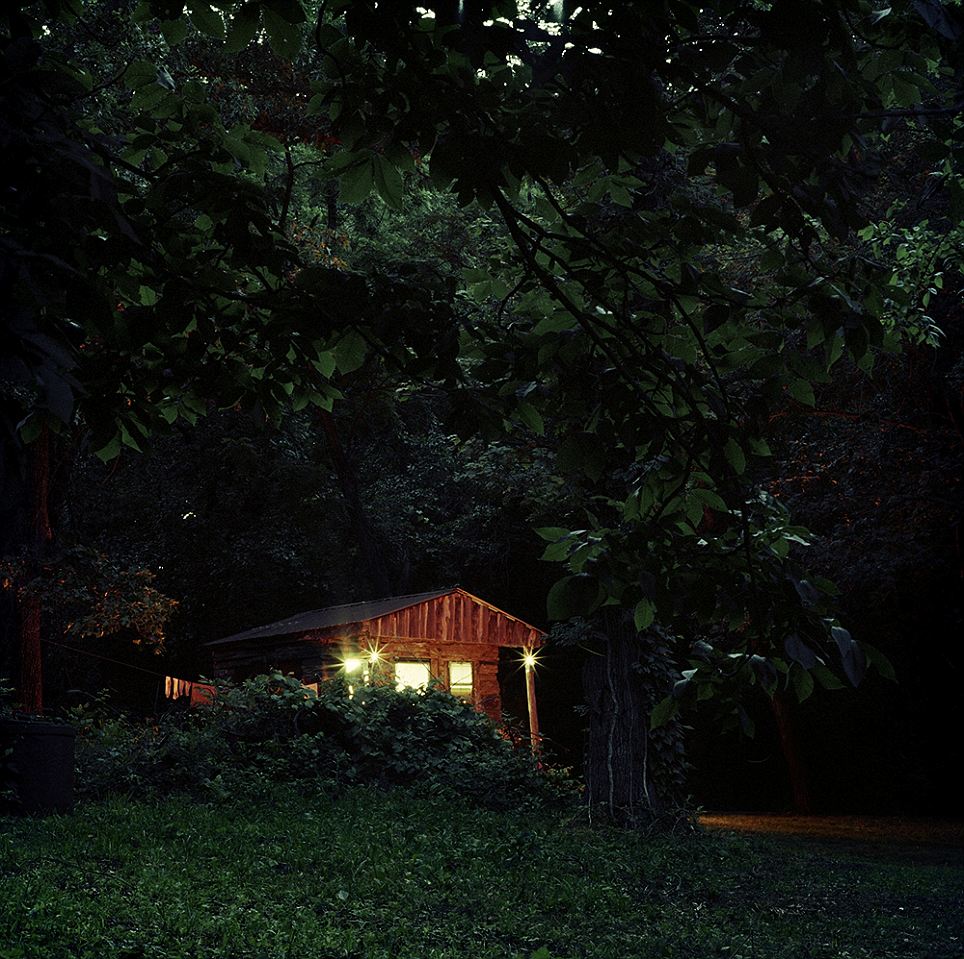 Cabin in the woods: Everyone in Newton County has a tale about the light, which some insist is a brilliant red, while others say its a bright blue 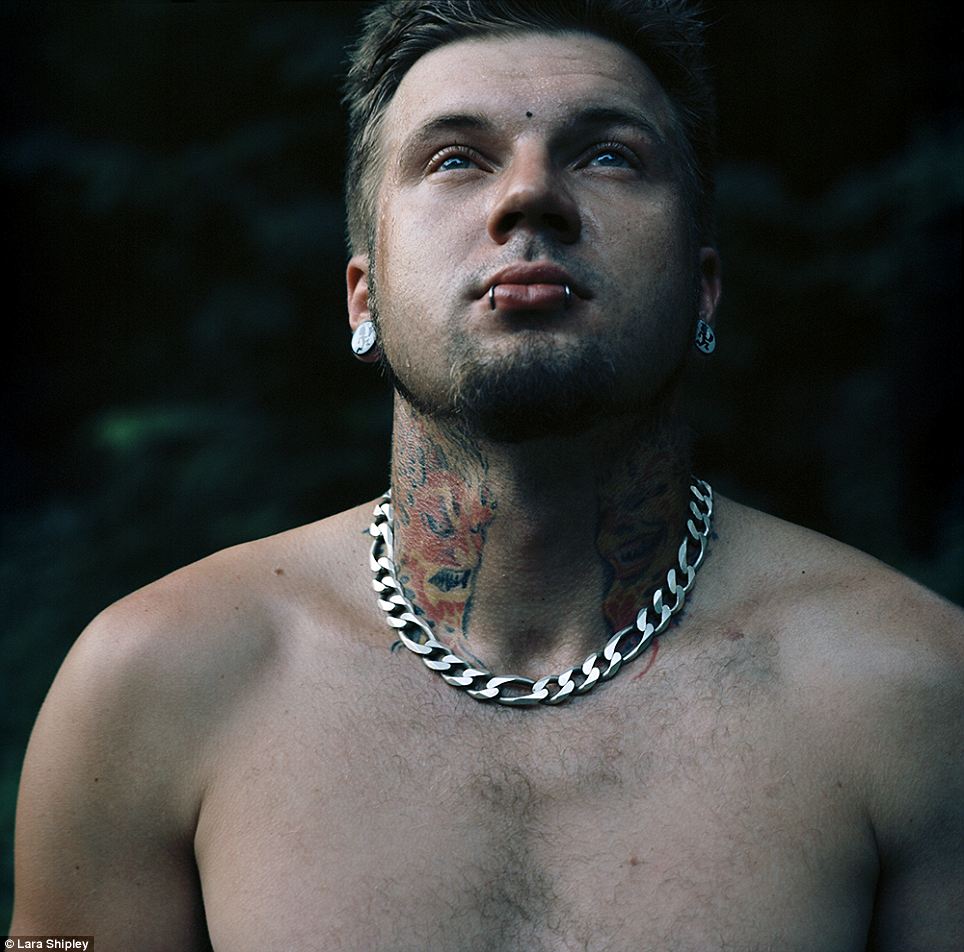 Tattooed: A local shows off his devil tattoos. Artists Antone Dolezal and Lara Shipley portray a haunting landscape and the indelible mark it leaves on its inhabitants

‘It was before midnight,’ she said. ‘It was like a big, huge ball with a yellow glow and it went right straight through our car. I just screamed.’

‘Its very spooky,’ she said. ‘It looks like a light way far off, and then its right on you.’

Roundtree said she saw the light as a kid when she and her parents were lured to E50 out of curiosity.

‘My heart was just pounding and it was up in my throat and I thought my  head was going to explode and my hands got all cold,’ she said.

And like almost everyone else whose seen the bobbing orb, she has her own variation of the tale that’s behind it.

According to Roundtree, a old Indian man came across some dead bodies in the  woods where the Spook now appears. After he buried them, a white farmer  came by carrying a lantern. The two killed one another but the light of  the lantern still hangs there as an apparition.

The Devil’s Promenade is as dedicated to the the inhabitants of the rural,  impoverished area as it is to the Spook Light. The series paints a vivid picture of both the  haunting landscape and the fascinating people who populate it.

‘We feel the frequent and mysterious appearance of the Spook Light has come to represent for the people we meet a desire for redemption and the  fear of slipping into darkness,’ write Shipley and Dolezal. ‘Our aim is  not to provide documentation, but to suggest a narrative that, in the  spirit of the light, is part fixed in this unique region and part afloat in a mysterious, otherworldly realm.’ 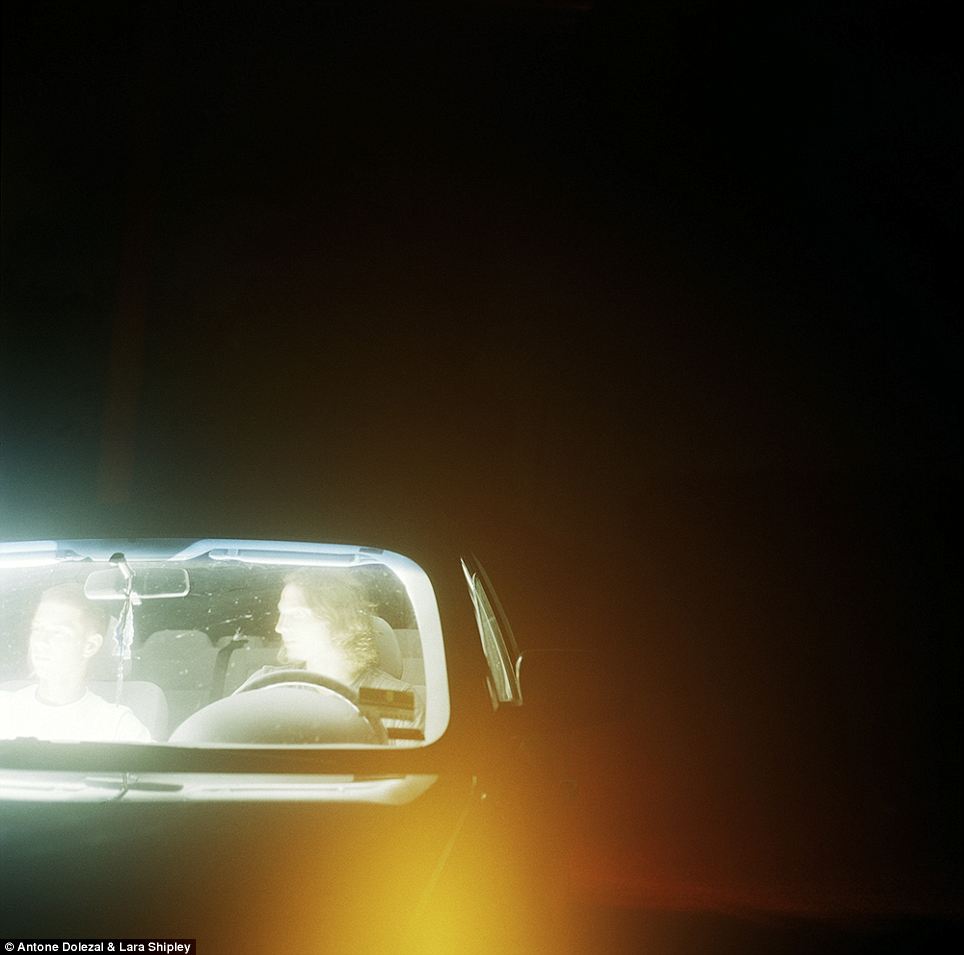 ‘We feel the frequent and mysterious appearance of the Spook Light has come to represent for the people we meet a desire for redemption and the fear of slipping into darkness,’ write Shipley and Dolezal

Advertisement. Scroll to continue reading.
In this article:Missouri, Spook Light