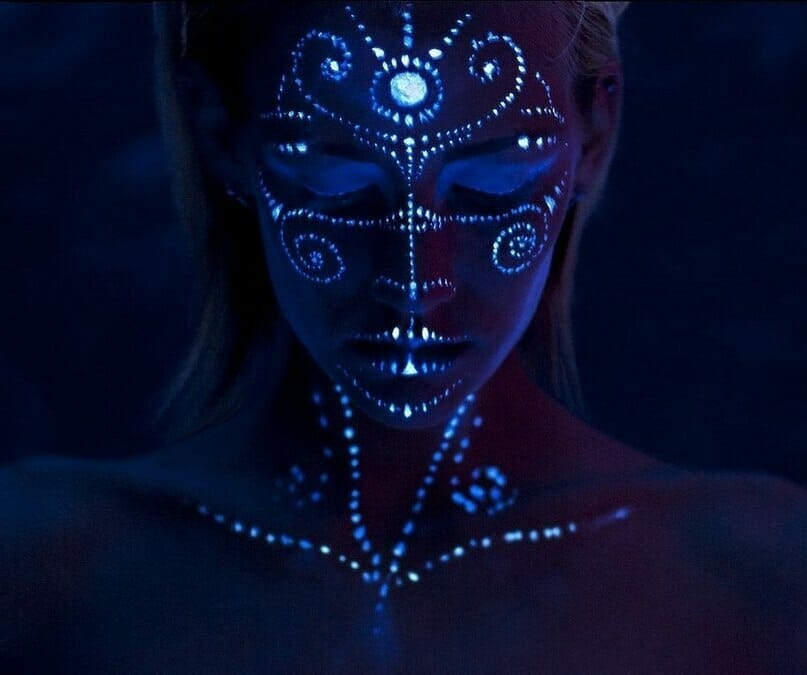 There are many mysterious marks on our bodies, in which lovers of the supernatural tend to look for and find a special meaning. They tried to interpret moles, hair and eye color for centuries, and by “identifying” a witch in a red-haired beauty, they sent her to the fire. What are the “proven” and known from ancient times external signs of people with paranormal abilities?

It was believed that all witches and sorcerers had witches’ marks awaiting their discovery. A person accused of witchcraft was brought to trial and scrutinized. The whole body was suspected as a canvas for a marker, an indicator of a pact with Satan.

Witch marks were commonly thought to include moles, skin tags, excess nipples, and numb skin. The experts, or inquisitors, strongly believed that the mark of the witch could be easily distinguished from the natural mark; In light of this belief, victims’ protests over natural footprints were often ignored.

Authorities in witch trials routinely removed the accused’s witch’s clothes and shaved off all body hair to prevent potential marks from being hidden. Pins were used to drive in scars, calluses and thickened areas of the skin: the practice of “stabbing a witch.” This exercise was usually performed in front of a large crowd. Violence applied to witches included torture: To try to force a confession, the priest several times smeared hot grease on his eyes and armpits, axillary gland, thighs, elbows and vagina.

The obsession with the search for witches in Europe from the second half of the 15th century and until its extinction in the 18th century, existed continuously for 300 years and swallowed several hundred thousand innocent people, including cats.

Unusual moles, birthmarks or childhood scars will tell you about paranormal abilities. Depending on the location on the body, they will also reveal the prevailing channel of information perception.

So, a mole near the eyes indicates the gift of clairvoyance;

in the forehead  – about clarity, the ability to know without understanding how or why you know it, a kind of strong intuition;

in the ear area  – about clairaudience, the ability to recognize “signs of fate” by the inner voice or from the outside.

Moles or birthmarks in the form of stars, hearts, triangles, and also in the form of the constellation Ursa Major, for example, on the hand, have special power.

A clear sign of magical ability is the eyes with a pronounced black rim around the iris.

Another proof is a very heavy gaze, as if penetrating into the soul. There is a feeling that the interlocutor seems to be sucking into himself.

The color of the eyes will give out the possession of a special natural strength. As a rule, women and men on the dark side have green or brown eyes, and for light people working with light forces, the eyes will be either gray or with a slightly steely eye shade.

A very rare but reliable sign that a very strong black sorcerer or witch is in front of you is an inverted reflection in the eyes. In ordinary people, the reflection, as a rule, is in direct projection, which in turn is the peculiarity of the dark force.

A classic witch – with red hair, along with fiery hair color, burning brunettes are often found among dark sorceresses.

We will look at the different types of witches’ signs, what they meant and why they existed.

Since very few people do not have a birthmark, freckle, warts, birthmark, scar, age spot, or other natural spots on their skin, this means that the entire population of the Earth is witches or Sorcerers.

Sometimes hereditary witches claim that a certain sign was passed down from generation to generation in the family. Sybil Leek (1917-1982), a notorious witch and astrologer from New Forest, Hampshire, England, and later Los Angeles, claimed that she had a hereditary mark that appeared on various women in her family.

Today, symbolic marks are often applied during Wiccan initiation rites. They can take the form of a tentacle or other meaningful pattern. The high priest or priestess applies them with a finger to the initiate’s forehead and / or to other points of the body.

The idea that people turn to supernatural beings for help is eternal. The witches had their “acquaintances”. These creatures had to be supported, so it was said that the witches had an extra, hidden nipple that nourished the blood of acquaintances. According to the sorcerers, a nipple can be any raised piece, lump, or mark on the skin.

Similar to the witch’s mark, the devilish version was applied to the skin when the witch promised allegiance to the devil. The mark was applied by the devil, raking his claws on the skin, or by burning the witch with a stigma.

Many people tried to disfigure themselves to remove a possible mark or nipple, but the scars themselves were considered sufficient evidence.

Once upon a time, harmless skin marks could have been designated as the witch’s nipples fed by her acquaintances.

In this article:body marks, paranormal abilities