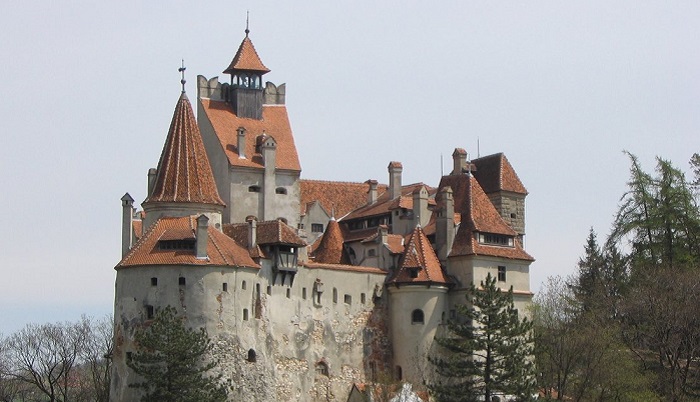 We present some tourist destinations whose history is related to crime, blood and violence. Horror tourism also attracts people!

The Colosseum in Rome

The construction of the Roman Colosseum (Colosseum) was started by Emperor Titus Flavius ​​Vespasian in 75 AD. The Colosseum was built for “entertaining” purposes, such as animal abuse and gladiator fights, in front of thousands of spectators.

The statistics are horrifying…:

According to legend, in 246 AD, 32 elephants, 60 lions, 40 wild horses and many other animals were killed in the Roman Colosseum: moose, zebras, tigers, giraffes, hippos. And about 2000 gladiators have been fighting other gladiators.

At the same time, the first Christians were thrown into the arena of the Colosseum. They were considered the main culprits at the beginning of the fall of Rome. One of the first in the Coliseum was the martyr St. Ignatius the Epiphany, Bishop of Antioch. Before his death, he addressed the Roman Christians with the words:

“Roman men, you know that I am condemned to death not for crime, but for my only God, with whose love I am embraced and to whom I aspire. I am His grain, and I will be grinded with the teeth of the beasts, that I may be His pure bread. “

Immediately afterwards, the saint was torn to pieces by the lions dragged by the guards. After him, many Christians shed their blood in the arena of the Colosseum.

In the mid-18th century, the Roman Catholic Church, in the person of Pope Benedictus XIV, granted the Colosseum a holy place, since it was the site of the death of the first Christian martyrs. On July 19, 2000, the Coliseum reopened for public performance. Today, it is one of the most visited tourist destinations in Rome and one of the most famous places on the planet.

The Castle of Count Dracula in Romania

The Bran Castle of Transylvania is better known as the Castle of Count Dracula. It was built in the Carpathians, on the edge of the scariest abyss there. The style of the castle meets the standards of the Gothic style. There are narrow aisles, stone steps, and narrow rooms which are more suited to a vampire than a normal person.

The castle looks quite in the spirit of Bram Stoker’s (Bram Stoker) famous novel’s presentation in  Dracula. And the main chimney seemed to come from horror movies, like in the high wind, there were loud sounds like howls. The castle has 56 rooms and one of them has a huge canopy bed. According to legend, it was there that Count Dracula sucked the blood of his victims.

The building is called “The Castle of Horrors” thanks to Vlad Tepes. He gets the nickname Count Dracula and the reputation of a bloody monster.

The elegant appearance of the Cathedral of the Resurrection is in Russian style and contrasts with the event, in memory of which it was created. It is difficult to imagine that on March 1, 1881, two dozen blooded bodies, including a mortally wounded emperor with broken legs, were lying in this place, now visited by tourists.

The People’s Will organization condemned the emperor to death, though Alexander II Nikolaevich was not a tyrant like his father. He was deservedly called the Liberator – slavery in Russia was finally abolished. However, there have been numerous attacks against Alexander II.

On March 1, 1881, Alexander II returned to the Winter Palace. The first bomb only damaged his carriage. The emperor came out of it and even managed to ask Nikolai Rusakov, who threw the bomb. At that moment, the terrorist Ignatius Grinewitzki blows up a second bomb at his feet, which also hits Alexander II.

The very place where the emperor was mortally wounded – part of the grate and cobblestone flooring – is kept inside the church, beneath the western dome. The surrounding streets were named with the names of the main participants in the plot – Sofia Perovskaya and Andrey Zhelyabov, – Mala Konyushenny and Bolshaya Konyushenny.

Crowley started his own Telem Abbey with the motto: “Do what you want“. The community has become a place for free love. Beginners were housed in the Nightmare Room, where, under the influence of drugs, they stared at murals depicting heaven, earth and hell.

However, when a famous English aristocrat died at the abbey, the press raised a huge scandal and forced Crowley to close its abbey.

In 1945, this story was filmed, but the movie mysteriously disappears.

Today, the abbey is not functioning. However, the murals that Crowley used to scare his “servants” are still on the walls. The site attracts esotericists, occultists and paranormal researchers.

The beach of a hotel in Pattaya, Thailand

On February 24, 2007, two Russian tourists were killed in Thailand. The bodies of the girls were found by police lying on beach chairs. The girls’ personal belongings were untouched.

The victims of the murder are Lyubov Svirkova, 25, and her friend Tatiana Zimfer, 30, both Russians. They were wearing swimwear and probably resting on the beach in the early morning. On the table next to the dead was a cellphone, a pack of cigarettes, two small bottles of Thai whiskey and a soft drink.

Soon, Thai police uncovered the murder. The culprit was a Thai, the wife of a Russian businessman who worked in Pattaya. The woman hated the girls because of their relationship with her husband and ordered their murder for a small sum.

To the east of Bangkok, lies the unusual Wat Samphran (The Dragon Temple). In practice, there is no information about it. What can be found for it are a few pictures on the internet and incompatible descriptions.

This is a temple that could easily claim the title of Top World Tourist Site. But, tourists and pilgrims do not go there, and the paths are covered with vines.

A curtain of silence falls on the temple at the beginning of this century, when, at the end of last century, the then rector of the monastery and a priest known in the Buddhist world were convicted of raping young girls. Moreover, his accomplices were several nuns who knew about the lusts of the “teacher” but not only covered him, but also led young girls to the monastery.

In the end, the abbot was sentenced to 50 years in prison. Accompanying nuns have also been sentenced.

In this article:crime destinations, horror tourism