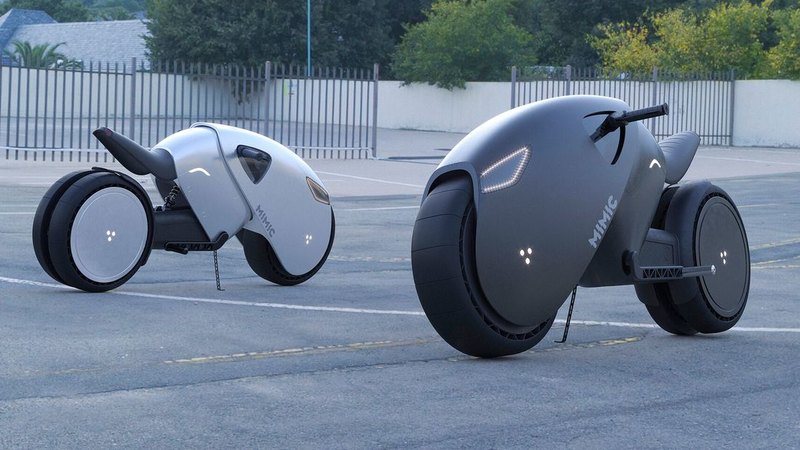 Futuristic motorcycles have become part of popular culture, associated with the concepts of the near future. They appeared in the film ” Tron: Legacy”, the anime “Akira” and in many video games from the “cyberpunk” genre. Recently, Russian designer Roman Dolzhenko presented his version of the bike of the future. MIMIC eBike – the concept of an electric superbike – originally existed as a sketch on a paper napkin. Later, the designer made the idea more realistic by rendering in 3DS max.

Minimalism prevails in motorcycle design. It lacks straight lines and protrusions. The dashboard of the bike is completely digital, and consists of a solid display showing basic information (speed and battery charge status). There are very few details about the superbike. Social network users are most often concerned about the question: how to turn the steering wheel with this design? The front wheel fairing and handlebar structure appear to be inactive. In an interview for InceptiveMind, Dolzhenko answered this question: the front of the motorcycle turns completely, but at a slight angle.

There is no information on the cost of transport, capacity and production, which is not surprising. MIMIC eBike is just an extremely realistic concept art of the motorcycle of the future. Perhaps in a couple of years, some Elon Musk will adapt the MIMIC design for a real electric superbike.

In this article:cyberpunk, electric bike of the future