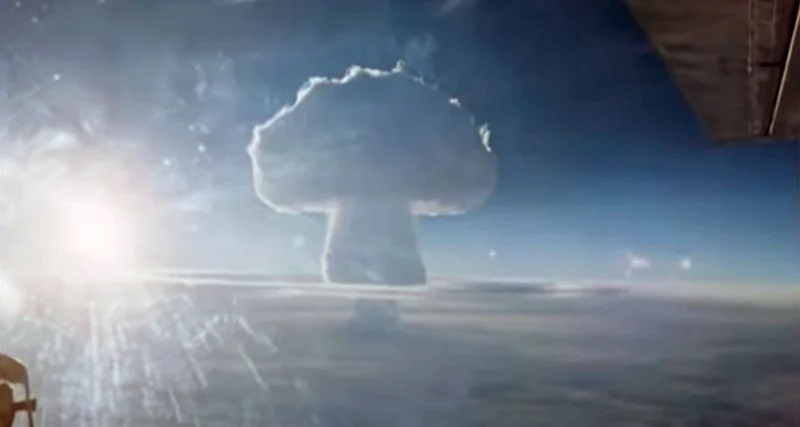 The Soviet Tsar Bomba, tested back in 1961, had a capacity of about 50 million tons of TNT.

The most powerful of the tested nuclear bombs was called RDS-220 or simply “Tsar Bomba”. The video of the explosion of this hydrogen bomb was recently declassified by Rosatom in honor of the 75th anniversary of the Russian nuclear industry. The first 30 minutes of the video is a newsreel with elements of classical Soviet propaganda, describing the history of the bomb and preparation for the test.

The Tsar Bomba was almost 8 meters long and more than two meters in diameter. To transport it from the Tu-95V bomber, it was necessary to remove some fuel tanks, as well as bomb bay hatches.

Severny Island, located in the Arctic Ocean, was chosen as a testing ground, and a bomb exploded at an altitude of four kilometers above sea level.

At the time of the explosion, the bomber was at a distance of 120 kilometers from its epicenter, and was still overtaken by the blast wave. The plane turned over in the air, but the pilot was able to cope with control and safely landed the car.

The explosion was so powerful that it resulted in a fireball with a diameter of 8 kilometers, which could be seen at a distance of up to a thousand kilometers. The mushroom cloud rose up to a height of almost eight Everests – 68 kilometers, and in the houses of Norway and Finland, window panes were broken.

“Tsar Bomba” turned out to be an impractical weapon – the winner received a desert that no one wanted. Later, in 1963, the USSR, the USA and Great Britain signed the “Partial Test Ban Treaty” and all the explosions “moved” underground.

In this article:Tsar Bomba, USSR 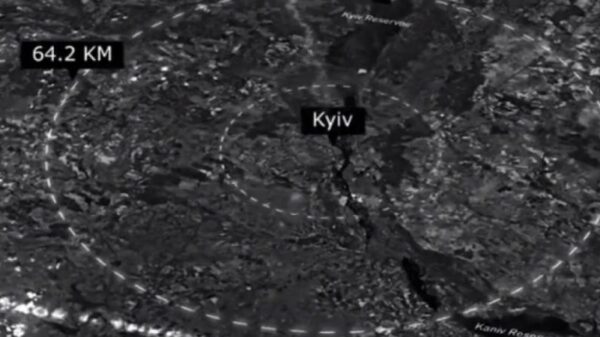 Tsar Bomba vs Ukraine: US Simulates 100 Megaton Nuclear Strike on Kyiv in an unpresented scenario

In a move that raises many questions, US analysts simulated an attack on Kyiv with a 100 megaton nuclear bomb. In fact, the simulations was...