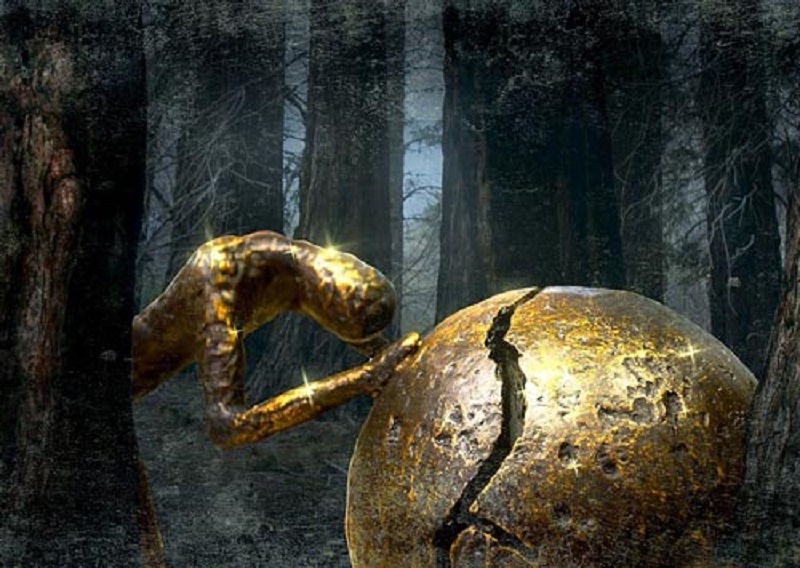 If you are 40-50 years old, and when you wake up nothing hurts, then you have died. If you can no longer hear the familiar sounds of the outside world: car engines, barking neighbor’s dog, slamming of the front door, buzzing lawn mowers, screeching of a garbage disposal unit, shrill crying of a child, coughing of a passerby outside the window, then you are dead.

Sunrise is a human drug, the apotheosis of man’s stupid, idiotic desire to live forever. That’s what it says in the Interview with the Vampire movie.

Nobody knows if we will wake up tomorrow

People make long-term plans for years, weeks, weekends, but no one gives a guarantee that we will live to see the evening. And so every sunrise is like Groundhog Day.

While under meditation, some people observe a certain phenomenon of the invisible, non-material. This is a subtle vision, the art of accepting yourself.

During the internal dialogue with yourself, what we call a miracle happens: your consciousness and the world merge into one object of external and internal.

This is how disidentification with the illusory occurs: the body, emotions, and thoughts

Abstracting from the world in which there is pain and suffering, you move into your own world of peace and acceptance created only by you. Especially if you don’t know how it could be otherwise, then you sleep as calmly as you are awake. Sleep is a rehearsal for death, or natural cycles of life that cannot be urged, hastened, or scolded. They need to be experienced and understood.

Of course, there is a war going on somewhere and people lie bleeding under the scorching sun, being in the same dying state of transition to something new, final and irrevocable. Each of us opens his own world on the very threshold of oblivion.

This is how new worlds are born, proving the immortality of death.

Observation without judgment is considered the highest form of thinking

This level is reached by those dying on the battlefield, in hospices, at home with a transient fatal incurable disease.

Immortality takes on a completely different meaning, unexpectedly opening up on the way of retreat to new dimensions.

The low-frequency cosmic rumble turns into the music of the Universe. The chest vibration of the sound merges with the notes of the wind and clouds, follows farther and farther, higher and higher, until it is completely lost in the gigantic polyphonic space without an atmosphere, a biosphere, or any sphere in general.

That is why philosophers always consider death to be the main determinant of the meaning of life.

Death is simply the cessation of existence. As we did not live until we were born, so after death we will stop again. And the Soul, regardless of its presence or absence in our visible world, is simply there and that’s it.

If in the 19th century Gogol resurrected “Dead Souls”, then in the 21st century the Souls of people are artificially killed. But they still do not cease to exist.

So – in Death there is a continuation of the life of the Soul, a new form of immortality.

50% chance: after death there is nothing or something.

Perhaps, after death, we will go to the afterlife, where only souls will exist. The ideas about the immortal soul and the afterlife are actively supported by the philosophers of our time, the new science of Thanatology, science fiction writers and people who have experienced clinical death.

All of them assert that existence does not end beyond the “last line”. In addition to telling about what happened during clinical death, there are a lot of testimonies of those who were far from death: pilots, divers, climbers, people who simply lost consciousness or fell into a coma.

Death is a natural, inevitable process. Death is not ahead, it was and will be. And before us there was death, and after us it will also be. Death is the only immortal phenomenon.

For the soul, death = immortality

In this article:death, immortality, Soul