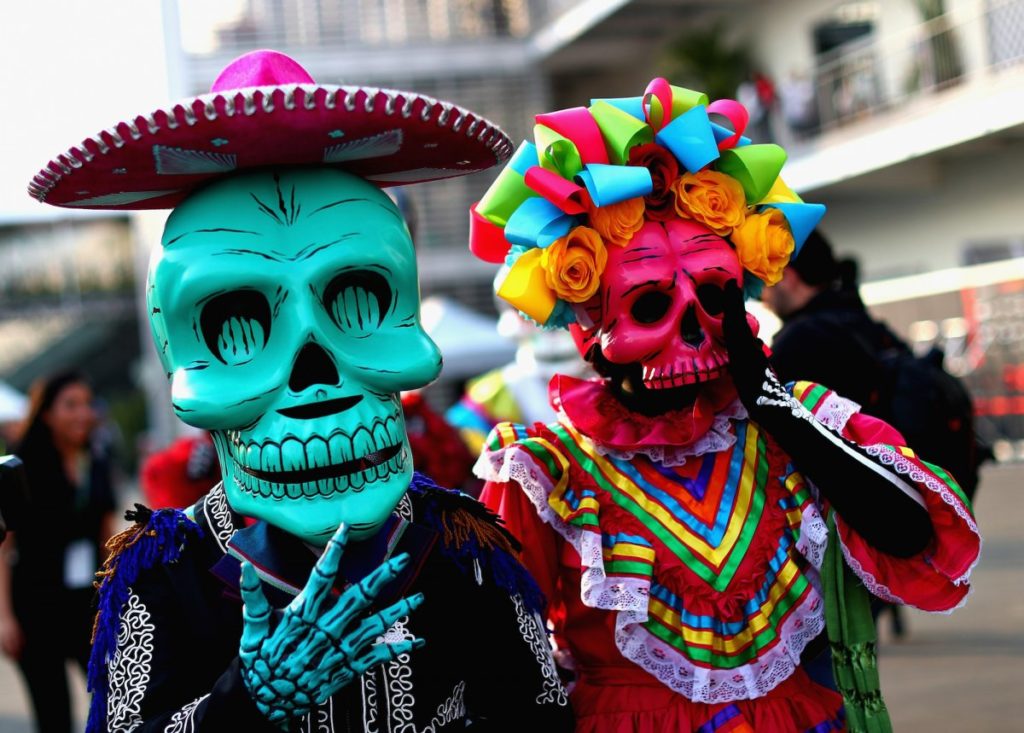 Pretty much anything can be labeled as cultural appropriation, due to the lack of historical understanding and attention paid to detail or nuance.

Recently, a dizzying number of personal posts, shared articles, and “community call-outs” warning all people of European descent to “stay in their lane” regarding “Day of the Dead,” lecturing them on how any attempts to celebrate such a holiday was an act of cultural appropriation that was harmful to Latin American people appeared online.

Such proclamations, especially without any real citations or historical backup, are nothing more than moral righteousness gone awry. They also double as erasure when it comes to the actual history of such celebrations.

When it comes to those of European descent, Americans in general are a people that lack ancestral or cultural ties. The loss of culture that comes with assimilation in the United States is not just a product of isolationism and exceptionalism, it’s also very much a product of our Protestant roots. Related to this is the fact that Catholicism was historically a minority religion in the United States that was often repressed, attacked, and subjected to widespread discrimination, especially prior to WWII.

Protestantism and Catholicism, while both acting in similarly hegemonic manners, with similar goals in terms of domination of thought, belief, and behavior, operate quite differently in their means towards that end. Catholicism has exerted and spread its power by adopting the crucial cultural elements of any given culture that it overtakes, rewriting and re-inscribing those elements into its own narrative.

This accounts for why holidays like Christmas and Easter are chock full of pagan symbolism, for why the Romans built temples to Egyptian gods in Germany during the later years of the Roman Empire, and why practically any given ancient church or basilica in Europe was built right on top of a former Pagan sacred site. The Catholic strategy has predominantly been to annex indigenous traditions, and historically speaking it has been a very successful strategy.

Protestantism has often taken a different strategy, one most clearly seen in the birth, growth, and development of what we now call America. Instead of adopting the cultural elements of those they subjugated into their own narrative, Protestantism demanded an abandonment of those elements. It demanded that one forsake their own cultural traditions and assimilate into Protestant culture.

And of course, given how much Protestantism and Capitalism are and have always been close and convenient bedfellows in the United States, Capitalism has always been able to fill the void left by the abandonment of non-Protestant ancestral cultures. This is the primary reason why Halloween is not only considered by the rest of the world to be an American holiday, but within America it is arguably the most popular in terms of mass participation and cultural buy-in.

Despite a small but vocal group of fundamentalist Christians who argue otherwise, Halloween is the most part a secular holiday, one embraced by immigrants and American-born folks alike. It is for the most part focused on fun and consumerism, so much so that the majority of the population fails to recognize the way it acts as a substitute for what, in most cultures of Catholic origin, is a rather somber and reverent time of year, one in which remembrance and worship of the dead is the primary focus.

This takes me back to my point regarding the misguided claims of cultural appropriation. “Dìa de los Muertos” and the much larger concept of “Day of the Dead” are not the same thing. The former is specifically the form that the latter takes in Latin American countries. The latter is a tradition that both historically and currently is recognized across the Catholic world, both amongst colonized people as well as those who have historically been colonizers.

November 1 in France is what is known as “Toussaint”, or All Saints’ Day. Most businesses are closed. Most people have the day off. Church services on this day are as detailed as they are on Christmas or Easter. Florists work double-time all week to satisfy the number of orders of flowers that people take to the graveyard that day. Beyond the specific aesthetics and traditions that define Dìa de los Muertos, what’s going on in France here today looks rather similar to the former in terms of tradition and ritual.

Why, you ask? Because they have the same origin.

And the same can be seen over the course of the same week in Italy, in Spain, in Ireland, in Portugal, as well as other countries with strong ties to Catholicism. Because Day of the Dead as a whole is a Catholic tradition, one that was mostly lost to the descendants of Catholic immigrants to the United States due to the US being a country and culture conceived in Protestantism, a country which demanded assimilation into a Protestant aesthetic in exchange for the benefits of the ‘American Dream’.

It’s important to recognize that the true origins of traditions such as Day of the Dead pre-date Catholicism and have pagan origins. That’s another reason why they are so insistently eschewed and suppressed by Protestants: because the Protestants recognize those origins full well and consider them (as well as so many other aspects of Catholicism) to be evil and “Satanic”.

And while in terms of pre-Christian traditions regarding the dead, “Samhain” is by far the most well-known (and therefore adopted into the majority of modern Pagan traditions), the traditions that currently take place in the aforementioned European countries not only are linked by Catholicism, they are similarly linked in regards to their pre-Christian origins.

The bottom line is this: the primary reason that white Americans appropriate from marginalized traditions is because they’ve been stripped of their own. And if we want white Americans to stop doing that, the best remedy is to encourage them to respectfully and carefully learn about and reclaim their own ancestral traditions. We can’t have it both ways. American identity is in part defined by a cultural hole, one which the shallow creations of capitalism simply cannot adequately fill. And so those who recognize that loss will try to fill it.

And they will likely try to fill it with what is easiest for them to access, which is why erasing the history behind celebrations like Day of the Dead and framing it as though it is solely a Latin American tradition that white people should not touch is a disservice to everyone affected. It does very little to stem the tide of cultural appropriation, it erases the history of Day of the Dead as it pertains to European ethnic groups, and the lack of nuance in such arguments makes their claims even less valid.

In this article:Day of the Dead