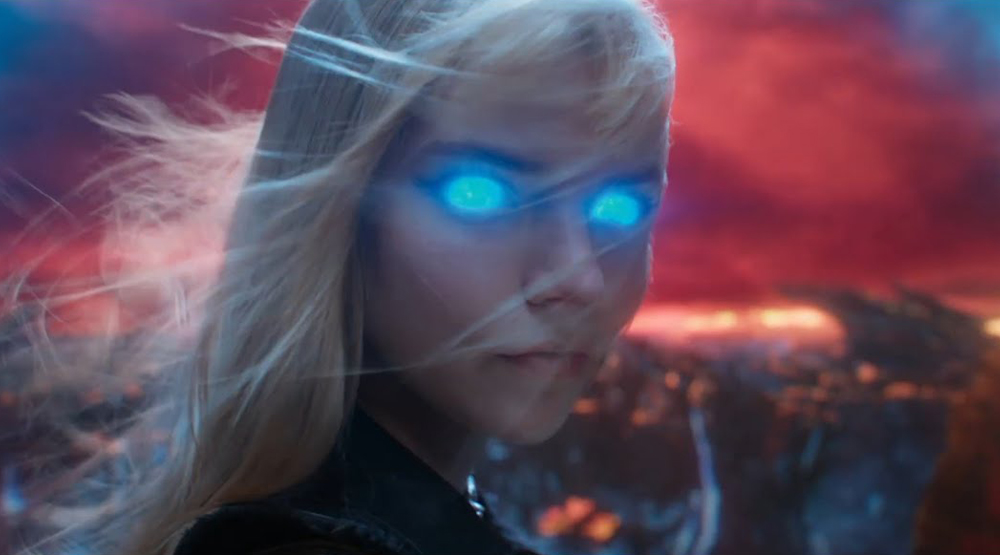 From children born with “cyclops” with one eye and people with a “werewolf” look, to people who have a tail (literally!) and the child born as a “frog”, these cases will leave you with your mouth open.

These are genetic mutations that change the appearance and functionality of the human body and cause shock when we look at them.

There have been very few recorded cases of babies born with one eye, an extremely rare genetic defect known as “cyclopia”. Usually, babies born with this disorder have one eye in the center of the forehead, no nose, and one brain that is single and not divided into two hemispheres. In 2006, a baby girl in India was born with cyclops, but died a few days later.

During these few days, it was worshiped by people who believed that it was a “divine” form. It is believed that this defect was caused by an anti-cancer drug that the mother was taking when she was pregnant, or by a chromosomal disorder. Most recently, in 2015, a boy in Egypt was also born with cyclopia, but this time because his mother had been exposed to radiation during pregnancy.

Lymph node syndrome, or as it is scientifically called “overgrowth”, is when there is excessive hair growth on the body, which is thought to be caused by a spontaneous genetic mutation. Extreme cases of hair loss can leave sufferers looking like a “werewolf”.

In fact, in the 19th and early 20th centuries, people with hair loss, such as Julia Pastrana (also known as the bear-woman) and “Jo-Jo the boy-dog” became objects of exploitation in shows where customers paid to they see them. To date, there is no known cure for hair loss, and the only treatment is shaving or waxing, as one would do anyway to get rid of unwanted hair growth. Laser hair removal is not a viable solution either.

Genetic mutations: People who have a tail!

Animals have tails that serve different purposes. For example, in dogs it contributes to communication and kangaroos to balance, but in humans, the coccyx or the “tail of the spine” is a structure that has no use. But in some rare cases it is possible for a man’s coccyx to develop and look like a protruding tail at the end of his spine.

This is the case with an Indian named Chandre Oraon. He is known to have a 33 cm long tail, which has made him an object of worship for many who believe that he is the “incarnation” of the Hindu God Hanuman. In fact, thousands of people have traveled long distances just to see Oraon up close and touch his tail, because they believe he is curing serious illnesses.

Oraon’s tail is believed to be the result of a congenital malformation, known as spinal bifida, which is an incomplete closure of the spine. Oraon refused surgery to remove his tail and, according to his family, feels part of himself and cannot live without it. Oraon is not the only alleged “incarnation” of Hanuman, as a boy named Arshid Ali Khan, also from India, was born with an 18 cm tail and was equally adored. However, he later decided to remove his tail.

In 2006, a baby was born in Nepal who did not have a fully developed brain and skull, did not have a neck and had unusually large eyes that protruded too much. The baby suffered from a rare condition known as “cerebral palsy”, which occurs when the neural tube (a layer of cells that grows in the brain and spinal cord) is not completed during the first weeks of fetal development.

This leaves the baby blind, deaf, with no perception of the environment and unable to feel pain. Unfortunately, all of these genetic defects mean that death occurs within hours of birth, which was confirmed by the unfortunate baby from Nepal in 2006.

Epidermodysplasia verruciformis, or simply “human-tree” disease, is an extremely rare residual inherited skin disorder characterized by the development of soft spots and warts on the skin that make it look like a tree bark. It is caused by a genetic mutation in chromosome 17, which increases the susceptibility of human papillomavirus skin viruses. To date, there is no cure for this condition. Even walking can be a challenge, as warts that look like tree branches can weigh up to 6 pounds.

This is exactly the case with Indonesian Dede Koswara, who suffered from this condition. His story became known through many documentaries, including the “My Shocking Story” series on the American network TLC in the episode “Half Man Half Tree”.

Koswara died at the age of 42 from complications related to his condition.

In this article:Cyclops, genetic mutations