One of the most remarkable cases in the history of psychical experiences, one which has never been solved and which never will be solved – I do not hesitate to make that seemingly extravagant statement – occurred in January, 1939.

The European press rang with it at the time, and the details concerning it have been enshrined in text-books on psychical phenomena by the leading Continental experts in that elusive field of modern research.

Catanzaro, capital of the Province of Calabria, is built on the slopes of a rocky hill, some six miles inland from the shores of the Gulf of Squillace, at the southern extremity of Italy. It has a population of about 50,000 inhabitants, and is a centre on which roads converge from the many farming districts reaching far inland from the coast.

One of these roads crosses a bridge over a shallow stream before entering the town; and under that bridge, on the morning of 13th February, 1936, was found the dead body of a young man of about twenty, named Giuseppe Veraldi. He was lying in the bed of the river, his head badly gashed where it had hit the rocks after he had thrown himself from the bridge on the preceding night.

The police entered full details of the case in their records; the time he was found, the clothing he wore, the wounds in his head, and all they could gather concerning himself and his affairs. An inquest was held. The verdict was suicide. But no one had the slightest idea why Giuseppe Veraldi should have taken his own life.

Such tragedies, of course, occur in all parts of the world. There is nothing astonishing in the fact that this particular suicide should have happened in Catanzaro; nor is it unusually mysterious that no sufficient motive for it could be found. But wait…

Three years had passed by. The Giuseppe Veraldi case had long ceased to be a topic of general conversation in Catanzaro. Only his widowed mother and a few close relatives nursed their sad memories of his tragic death, which they were still at a loss to explain.

One morning in January, 1939, however, a young girl named Maria Talarico, then seventeen years of age, was walking across the bridge over the stream with her grandmother. They had come from a nearby farm, the grandmother to do some shopping in the town; Maria, a sturdy common-sensed peasant girl, to attend a class in a course of agricultural instruction for which she had enrolled.

When half-way across the bridge Maria suddenly stopped, gazed over the parapet, stared at the river-bed for a few tense moments, and then fell unconscious on the roadway.

Taken home by a farmer who had happened to be passing in his cart, she recovered consciousness on the way; but, as soon as she entered the door of the house, she said to her mother in the deep, resonant voice of a full-grown man: “You are not my mother. My mother lives in the wooden cottage, and her name is Catarina Veraldi. I am Pepe.” Pepe was a familiar contraction of Giuseppe’s name; and Maria’s voice was that of Giuseppe Veraldi!

All thought Maria possessed by the devil; and her conduct certainly seemed to confirm that opinion. Still speaking in Giuseppe’s somewhat harsh voice, she demanded that her “mother” be sent for, although her real mother sat looking at her through streaming tears. Maria, however, ignored her; and whilst waiting for Mrs Veraldi to come insisted that a bottle of wine be brought, some cigarettes, and a pack of cards, inviting those around her to join in a game to fill in the time.

Given a pencil and paper, and asked to write her name, she wrote: “I am Giuseppe Veraldi.” It was in Giuseppe’s own handwriting!

Drinking and smoking, she addressed the men there as Toto, Elio, Rosario and Damiano, although such names belonged to none who were present. All recognised them, however, as the names of the dead man’s one-time boon companions. Of the four of them, Toto had emigrated to Argentina, in South America, soon after Giuseppe’s death.

At last Mrs Veraldi arrived. Maria, stopping the card-playing, said to her in what the astounded woman recognised as her son’s voice: “My friends murdered me. They threw me into the river-bed; and then, as I lay there, they battered my head with an iron bar and tried to make the whole thing look like suicide.”

Having made her statement, she got up, and before anyone could make a move she almost threw herself out the door, ran to the bridge, climbed the parapet, and fell into the river-bed. When the others, who had quickly followed her, arrived, she was lying in the exact position in which Giuseppe had been found, and was crying out in his voice: “Leave me alone. Why are you hitting me?”

The dead man’s mother cried out: “Pepe, cease tormenting that poor girl. Go away from her.” At once Maria returned to her normal state. Shakily, she stood up. When she spoke, it was in her own voice. They led her home. She had no recollection of anything that had happened from the moment she had first fallen unconscious on the bridge when crossing it with her grandmother.

Nine years later, in 1948, a letter arrived in Catanzaro, addressed to Mrs Catarina Veraldi. It was from Tucuman, in the far north-west of Argentina, near the foothills of the Andes; and it was signed by Luigi Marchete, who had been known as “Toto” among his intimate friends in Catanzaro. The letter had been left among his papers, to be posted in the event of his death.

Luigi had done well in Argentina, acquiring a great deal of property. He died, however, in 1948, and in his posthumous letter confessed to Catarina Veraldi that he had murdered her son in 1936. Elio, Rosario and Damiano had helped him; but it was he himself who had battered in Pepe’s head with an iron bar through jealousy over attentions Pepe had been paying to a woman named Lillina.

After the murder Toto had fled to Argentina under a false name, with forged papers. But his conscience had always tortured him, and he begged Catarina’s forgiveness. To make some kind of reparation he had made her sole heir to all his properties.

The police could act on this confession; but since Elio also had died, only Rosario and Damiano could be apprehended. Both received gaol sentences for their participation with Toto in the crime.

When the news of these extraordinary developments was published, not only Catanzaro, but every town in Europe whose papers gave headlines to the incredible story was set talking again.

Every detail described by Maria Talarico in her abnormal trance-like state had been confirmed.

It could not have been a case of merely natural clairvoyance. Maria was a normal, healthy, matter-of-fact peasant girl, who had never shown any signs of psychic tendencies or powers.

Nor could any merely natural clairvoyance be reconciled with her being suddenly thrown into a trance and afflicted with a complete change of personality, which suddenly ceased at a word of command from the dead man’s mother. Maria was certainly subject to some outside influence.

Was it, then, a case of devil-possession? But the serious purpose behind it all, the vindication of justice and the pinning of responsibility on the murderers, could scarcely have been of much appeal to the devil, the “father of lies and a murderer from the beginning.”

All seems to point in one direction – namely, that the discarnate soul of the murdered Giuseppe had taken possession of Maria. If a hypnotist can make a subject speak and behave in unnatural ways, there is no reason why the disembodied spirit of Giuseppe – granted God’s permission for a return to this world at all – could not have exercised some such influence over Maria.

But why pick on Maria Talarico, who had not had the slightest connection with the affair? Also, whilst many instances of diabolical possession have been recorded, where is there any other case in history in which the body of a person still living in this world has been possessed by the soul of a deceased human being?

It is all very bewildering; and one can only leave it at that.*

In this article:Maria Talarico, possession 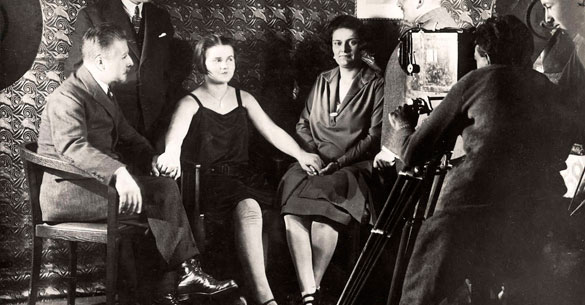 Poltergeist’s, telekinesis, stigmata, exorcism and supernatural phenomena, are as mysterious and as fascinating today as they have been to people many centuries ago. As... 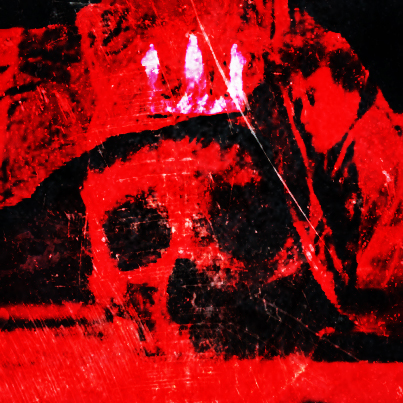 It Was the Devil Who Sent Me: Leonarda Ferreira Paixão and the Skulls of Sao Paulo

By David Metcalfe “Foi o diabo quem mandou”, roughly translated this means something to the effect of “It was the devil who sent me.”...