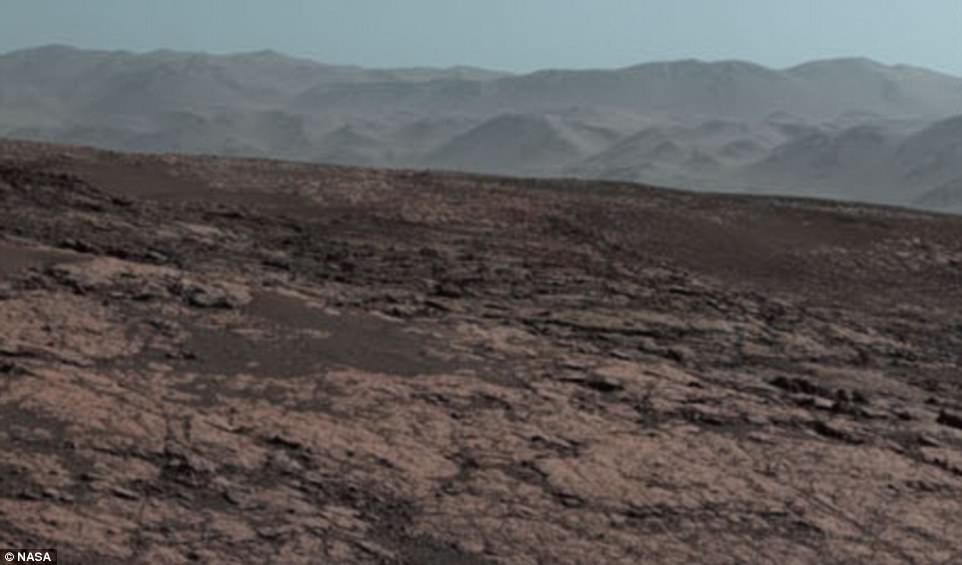 An incredible panoramic view sent from the surface of the red planet has been created using images taken by the Mars Curiosity rover.

It reveals the landscape of one of our closest galactic neighbours, which has been home to the exploratory vehicle since it landed in Gale Crater in 2012.

One of the on-board cameras captured 16 separate scenic images at various point on its journey along the top of the Vera Rubin Ridge, which were then stitched together to form the sweeping image.

Nasa’s Jet Propulsion Laboratory (JPL) in Pasadena, California, released the panorama, which gives an overview of much of the rover’s 11 mile (18 km) path along the crater’s outer edge.

The photos were taken on October 25, 2017, by Curiosity’s Mast Camera, or Mastcam.

At an elevation of 327 metres (1,073 feet), the image looks over the crater, which is about 3.5-3.8 billion years old and covers an area 96 miles (154 kilometres) in diameter – about the same size as Rhode Island and Connecticut combined.

Most of the scene’s horizon is the crater’s northern rim, roughly around 1.2 miles (two kilometres) above the rover.

Due to the incredibly thin atmosphere of the planet, a mountain that is more than 50 miles away can be seen in the background of the stunning shot.

The mission has subsequently approached the southern edge of the ridge and examined several outcrop locations along the way.

In a written statement, curiosity project scientist Ashwin Vasavada said: ‘Even though Curiosity has been steadily climbing for five years, this is the first time we could look back and see the whole mission laid out below us.

‘From our perch on Vera Rubin Ridge, the vast plains of the crater floor stretch out to the spectacular mountain range that forms the northern rim of Gale Crater.’

As well as stitching the photos together to create a flawless shot of the mountains, Nasa also adjusted the white-balance so that the colour of the rocks appear as they would under daylight conditions on Earth.

In this article:Mars Curiosity rover