If your into sci-fi podcasts then let me tell you about a new seven part audio sci-fi mystery called Cryptids. It premiers this Sunday 29th September on various platforms.

I have had the opportunity to preview the fist two episodes of the series and it is rather good.

The series tells the story of Eve Fallon, a pediatric nurse and Trevor, a celebrity leader of a cryptozoology community who hosts a late night conspiracy radio show called “Eyes to the Skies”.

After suffering a loss, Eve searches for a purpose in death and uses Trevor’s radio show as the escape. She finds faith in believing that something else, something better is out there but needs to prove its real.

She forces her way into Trevor’s off air life and they both set off to find the truth behind a well believed conspiracy that aliens are on the moon orchestrating death and harvesting human souls.

On their journey for the truth they are both forced to face their greatest fears as they get close to unveiling one of humankind’s darkest and most profound secrets.

The episodes are 20 minutes long.

The first episode is more of an introduction to the characters with the beginning of the story of both Eve and Trevor. Switching back and forth between between both characters. Eve at her job and Trevor hosting is “Eyes to the Skies” radio show talking to callers.

If you like sci-fi podcasts or mysterious audio shows I would recommend giving this a listen. I didn’t know what to expect but found it quite enjoyable.

I may need to listed to it again while waiting for the release of the third episode.

…Eyes to the Skies!

Cryptids is directed by Devin Shepherd and written by Alexander V. Thompson

In this article:Cryptids, Eyes to the Skies

Lyle Lyle Blackburn is the author of a number of excellent books, including Lizard Man, The Beast of Boggy Creek and Beyond Boggy Creek.... 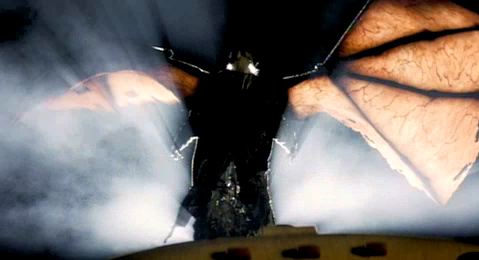 Witnesses in the vicinity of a Southern Illinois town claim to have witnessed a bizarre ritual taking place in a field at 12:30 AM...