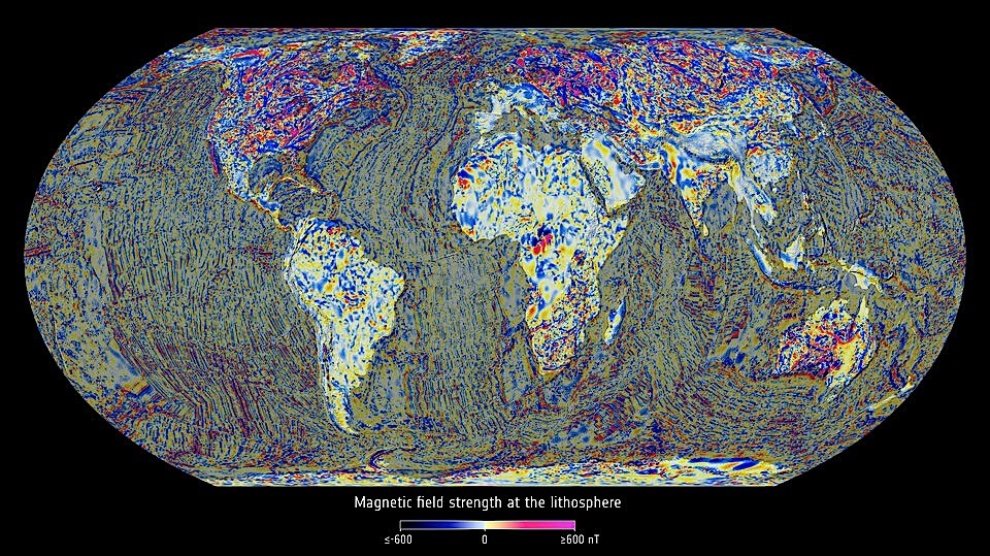 The sound of the Earth’s protective magnetic field which was heard for the first time, is somewhat frightening, as announced by the European Space Agency (ESA).

Scientists at the Technical University of Denmark took magnetic signals recorded by Europe’s Swarm satellites and converted them into sounds.

In fact, the magnetic field itself around our planet cannot be directly observed or heard. It is a complex and dynamic ‘bubble’, keeping us safe from cosmic radiation and the charged particles of the powerful solar ‘wind’. When these particles collide with the atoms and molecules – mainly oxygen and nitrogen – in the Earth’s upper atmosphere, then some of the collisions turn into the green-blue spectacular aurora borealis.

The Earth’s magnetic field is produced primarily by an “ocean” of very hot and swirling molten iron in our planet’s outer core, which generates electric currents, which in turn generate the electromagnetic field.

It is possible that the geosphere is “corrupted” by solar flares that occur from time to time. Even the slightest ones induce a current that interacts with the one that occurs in the bowels at the boundaries of tectonic faults. According to one hypothesis, this “electricity” provokes catastrophic movements of lithospheric plates.

But a simpler connection is not excluded at all: the current that the faults generate affects the magnetic field, which in turn is already signaling imminent cataclysms.

The researchers consider the discovered pattern intriguing at least

How dangerous are the reproduced sounds, and, consequently, those specific oscillations of the magnetosphere to which they correspond? How to distinguish really threatening “notes” from acceptable cacophony? Is it possible to understand when the Earth “screams” and when it just “grunts”? And in general – is it not in vain that scientists whip up fears? There are no exact answers yet.

The three satellites of the European Space Agency

Danish researchers and musicians used this magnetic data, both from the Earth’s core and from a geomagnetic storm created after a solar flare, to turn it into sounds, which sound a bit like the background to a nightmare.

As they said, their intention is not to scare people, but to remind them that the magnetic field exists and, although it sounds a bit alarming, in fact life on Earth depends on it.

“It may sound nightmarish and terrifying, but this is exactly what the magnetic field of our planet sounds like, on which our life depends. We got access to a sound system consisting of more than 30 loudspeakers dug into the ground. We tuned them so that each speaker represented a different place on Earth and showed how our magnetic field has fluctuated over the past 100,000 years,” the scientists noted.

A series of loudspeakers in Copenhagen’s Solbjerk Square will periodically broadcast the sound of the magnetic field throughout the week of October 24-30.

In this article:Earth's magnetic field, ESA

Starship prototype could fly within months

Image Credit: SpaceX / Elon Musk Once complete, Starship will be able to fly to the Moon and beyond. SpaceX CEO Elon Musk has... 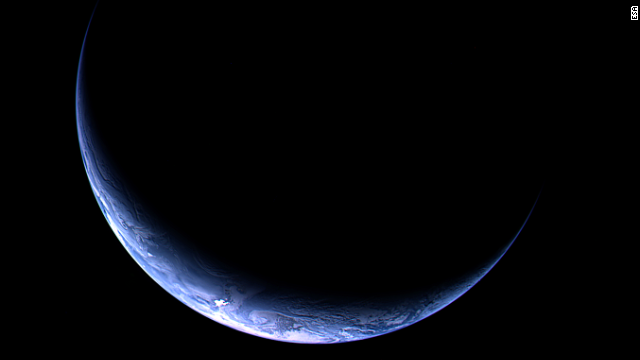 MessageToEagle.com – Congratulations to ESA and all space friends across the world! Today is a big and important day in the history of space exploration!...