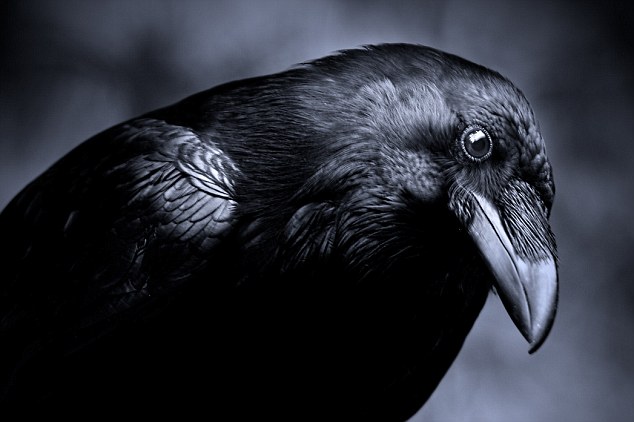 Scientists have long suspected that corvids – the family of birds including ravens, crows and magpies – are highly intelligent.

Now, neurobiologists have demonstrated how the brains of crows produce intelligent behavior when the birds have to make strategic decisions, the same as humans, despite our lack of a common ancestor.

The research could give us an insight into the workings of the mind of a non-mammalian – including extraterrestrial life forms.

Lena Veit and Professor Andreas Nieder, from Tubingen University in Baden-Wurttemberg, Germany, have published a study in Nature Communications that provides valuable and exciting insights into the parallel evolution of intelligent behaviour.

‘Many functions are realised differently in birds because a long evolutionary history separates us from these direct descendants of the dinosaurs,’ sais Ms Veit.

‘This means that bird brains can show us an alternative solution out of how intelligent behaviour is produced with a different anatomy.’

Crows and primates have different brains, but the cells regulating decision-making are very similar. They represent a general principle which has re-emerged throughout the history of evolution. ‘Just as we can draw valid conclusions on aerodynamics from a comparison of the very differently constructed wings of birds and bats, here we are able to draw conclusions about how the brain works by investigating the functional similarities and differences of the relevant brain areas in avian and mammalian brains,’ says Professor Andreas Nieder.

Far from being ‘bird-brains’, crows are so smart behavioral biologists have even called them ‘feathered primates’ because the birds make and use tools, are able to remember large numbers of feeding sites, and plan their social behavior according to what other members of their group do.

This high level of intelligence might seem surprising because birds’ brains are constructed in a fundamentally different way from those of mammals, including primates – which are usually used to investigate these behaviors.

The Tubingen researchers are the first to investigate the brain physiology of crows’ intelligent behavior. They trained crows to carry out memory tests on a computer.

The crows were shown an image and had to remember it. Shortly afterwards, they had to select one of two test images on a touchscreen with their beaks based on a switching behavioral rules.

NOT BIRD-BRAINED: THE UNCANNY INTELLIGENCE DISPLAYED BY CROWS

Crows have been observed using cars as nutcrackers. They drop the nuts into the road and when they are smashed open dive in to eat.

They talk to each other

scientists debate whether or not crows actually have what we call a language, but they do communicate at an advanced level.

They have incredible memories

Crows have been known to change their entire migration pattern to avoid farms where even a single crow has been killed in the past. Generations upon generations later, they still remember specific houses where one measly bird has died.

Scientists in Seattle did an experiment where they tagged crows and released them while wearing masks. The birds became angry when they saw thwe researchers in masks, but left them alone when they were removed.


The crows were able to carry out both tasks and to switch between them as appropriate.

That demonstrates a high level of concentration and mental flexibility which few animal species can manage – and which is an effort even for humans.

The crows were quickly able to carry out these tasks even when given new sets of images. The researchers observed neuronal activity in the nidopallium caudolaterale, a brain region associated with the highest levels of cognition in birds.

One group of nerve cells responded exclusively when the crows had to choose the same image – while another group of cells always responded when they were operating on the ‘different image’ rule.

By observing this cell activity, the researchers were often able to predict which rule the crow was following even before it made its choice.

In this article:aliens, crows, Intelligence 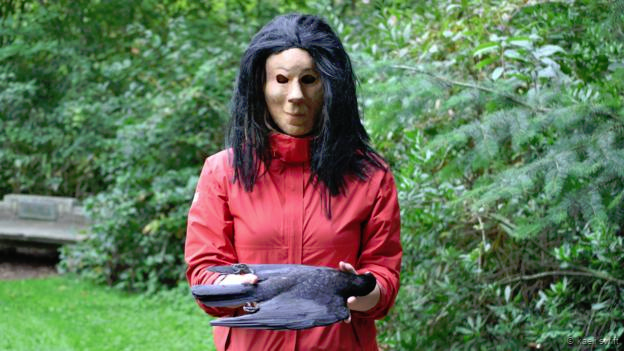