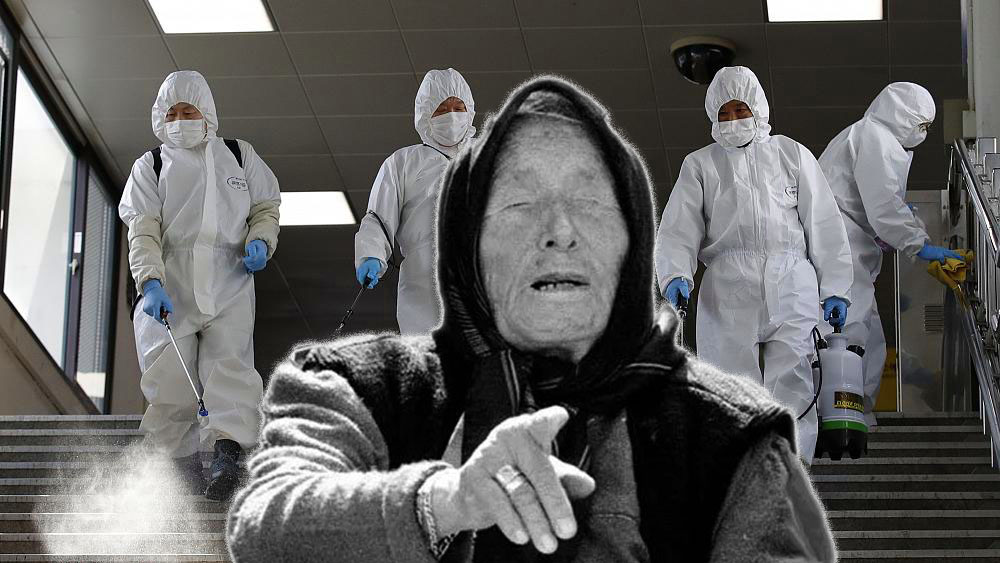 With the onset of the Covid-19 epidemic in Europe and the United States, the entire global conspiracy theological community is perplexed by the odd response to the epidemic.

Of course, it is necessary to fight the epidemic, and it was necessary to start this in January of this year, closing the communication with China and rendering all possible assistance to it by the whole world. In this case, Covid-19 would be able to localize and greatly inhibit its distribution.

However, instead of such simple and obvious measures, WHO and the governments of all countries around the world first allowed the virus to spread, and now they have begun to fight it, isolating countries, cities and even separate houses.

The well known Bulgarian trainer Neshka Stepanova Robeva on the social network Twitter said that the famous seer Vanga warned her about the coronavirus many years ago.

According to the 73-year-old former Bulgarian gymnast, she received this prophecy in 1996 directly from Vanga shortly before her death. At one time, Neshka was very friendly with the seer and often had conversations with her.

According to Daily Star, Vanga told the ex-athlete that “there will be a crown over everyone.” Of course, Neshka could not understand what Vanga had warned about. The first thing she thought about was that Bulgaria would be influenced by Russia.

And only after years, the words of the prophetess found a completely different meaning. The trainer only now understood what the Bulgarian seer Vanga, who was also called the “Balkan Nostradamus,” had in mind.

Fans of Vanga claim that most of her predictions come true. For example, she foresaw the tragedy of September 11, 2001 in the United States, when “American brothers will fall after the attack of steel birds.” Many researchers believe that her prophecy was about the terrorist attack in New York when planes crashed into the towers of the World Trade Center.

The most interesting thing is that Vanga, as it turns out, looked into the more distant future. So from 2023 she predicted dramatic changes on Earth , and by 2076 she “promised” world communism.

Meanwhile, the Coronavirus situation is developing in dynamics and, although this is only the beginning, people are already talking about the Apocalypse and about some SURREALISM of what is happening:

Many observers note that the response of governments to the pandemic is, to put it mildly, a little exaggerated, but this does not mean at all that there is no pandemic:

Mass graves digged in Iran are absolutely real, the introduced penalties for quarantine violations are real too and people are sitting in their apartments, like sheep locked in a barn on a farm:

We emphasize again that everything that happens is only the beginning of the process, since the number of sick and dead everywhere will increase with great speed. Along the way, riots will begin, when people will run out of food and other commodities.

So far, judging by what is happening with Covid-19, there is a strong suspicion that just such a manipulation was done with planet Earth and the cosmic train turned in the wrong direction. And if this is true, then we don’t even know in what impasse this world will soon be.

Therefore, we propose to take the day as the starting point of hour H, when a 2-week quarantine will be assigned, before which in other countries quarantines for one reason or another will be extended for the same 2 weeks.

And now, when this last quarantine will be appointed – from this moment, obviously, there should be a two-week countdown to the Three Days of Darkness.

So we look at the messages about quarantines.

It look like the plan dictates we all wear the ‘Crown’ as Vanga prophesized.

In this article:Covid-19 Quarantines, Vanga

Britain – forced quarantine in isolation centers for travelers from 30 countries

Last week in the UK, the possibility of introducing compulsory ten-day isolation in special centers was vigorously discussed, where everyone arriving in the country...