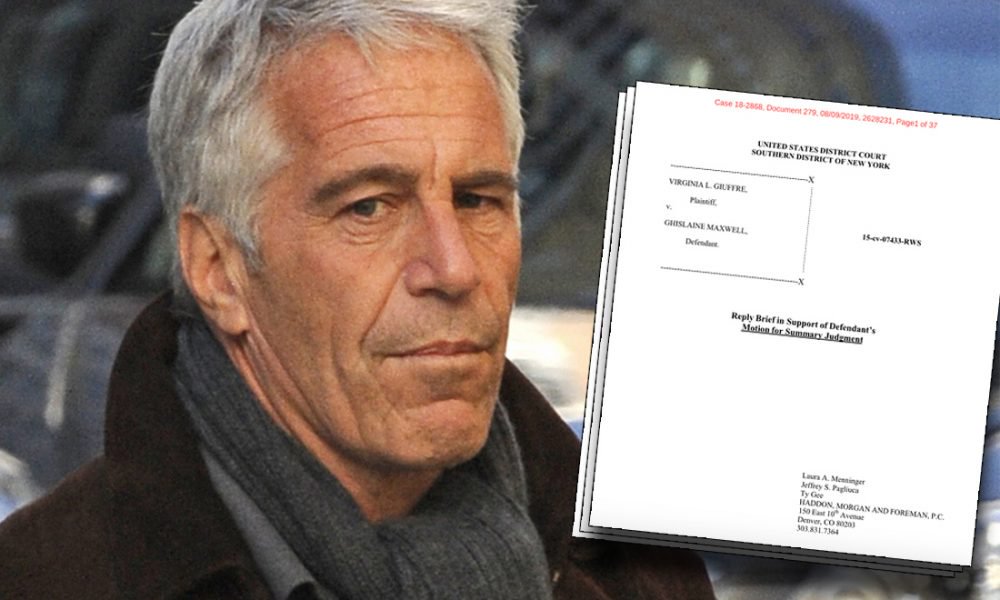 *Update: Jeffrey Epstein Has Committed Suicide In His Cell, Officials Say Did he commit suicide, or was he killed? He had a lot of dirt on a lot of people. But who knows? Follow the link above for updates as the day goes on.

The recent case against Jeffrey Epstein, who is being charged with child sex trafficking, has opened up the idea that ‘higher powers’ like the Royal Family might be involved in this type of thing, along with other political “VIPs.” Here at Collective Evolution, this information is not a surprise, and it’s definitely not the only example we’ve known about. Based on our research, this type of thing goes far beyond sexual actions with minors, but into ritualistic abuse, violence, torture, and murder. Obviously, this type of activity hasn’t been disclosed within the mainstream, but what has been exposed and who is involved is really starting to blow open.

I put some examples and evidence that connects these high level people and wrote about more detail in this article I published a few weeks ago.

The latest news is that a federal appeals court has unsealed more than 2,000 pages of documents related to Jeffrey Epstein, the wealthy financier charged with child sex trafficking, and his alleged recruiter of underage girls, Ghislaine Maxwell.  The documents are part of a defamation lawsuit that Epstein accuser Virginia Roberts Giuffre, pictured here with Prince Andrew, filed against Maxwell years ago. Prince Andrew is one of the many ‘powerful’ people Giuffre was forced to have sex with.

The documents also contain a number of flight records showing more people that flew on Epstein’s private plane in 1997. All of them are prominent people, one of them is former New Mexico Gov. Bill Richardson, who Giuffre claims Maxwell directed her to have sex with.

Donald Trump is also on the list, as are a number of other powerful people. We must remember with anyone we see on these lists, just because they flew once on his plane, does not mean they all have engaged in sexual activity with minors. We have to remember this before we call out anyone who simply has been pictured with Epstein. Donald Trump, for example, called out Epstein and his relationship with Bill Clinton, hinting to weird things happening on his private Island. He did this during his presidential election run back in 2016. Trump has said that he knew him, like everyone else did, but he had a falling out with him. He made comments on Epstein approximately a month ago, you can view them here.

Giuffre, who had worked as a locker-room attendant at Trump’s Mar-a-Lago club in Palm Beach, also said that Epstein “told me that Donald Trump is a good friend of his,” but that she never saw the two men together. And she said in a deposition that she never had sex with Trump or flirted with him.” (source)

The point here is, like anything else, allow evidence to mount and see the bigger picture. There is a lot of evidence pointing to some people while almost none pointing to others, yet all the focus is being put on those others for politicals means or due to personal dislikes.

In another document, Giuffre, says Maxwell directed her to have sex with former Senate Majority Leader George Mitchell, a Maine Democrat. Epstein has multiple accusers and is currently on trial for the sex trafficking of children. He is already a convicted sex offender.

Dershowitz stated that he flew a “number” of times on Epstein’s plane, but “never, never, never, in the presence of any underage or even close to an underage person.”

“There was, you know, another foreign president, I can’t remember his name, He was Spanish. There’s a whole bunch of them that I just — it’s just so hard for me to remember all of them. I was told to do something by these people constantly … my whole life revolved around just pleasing these men and keeping Ghislaine and Jeffrey happy, Their whole entire lives revolved around sex.” (source)

So far, as expected, every new person implicated has denied that they engaged in such activity.

According to the Daily Beast:

Several of the billionaire’s employees and associates allegedly recruited the girls for Epstein’s abuse, and some victims eventually became recruiters themselves, according to law enforcement. The girls were as young as 14, and Epstein knew they were underage, according to details of the arrest and indictment shared by two officials.

The NXIVM case is another great recent example. It implicated not only the supposed leader (or fall guy), Keith Raniere, but also multiple Hollywood actors and the financial elite like Clare Bronfman, whose family is in business with the Rothschild family. India Oxenberg was also implicated, and her mother who is also an actress and her grandmother is Princess Elizabeth of Yugoslavia.

Bronfman’s brother, Stephen, was one of Canadian Prime Minister Justin Trudeau’s biggest funders. Trudeau was also very close to Peter Danglish, a high-ranking UN sex-offender mentioned below. I mention this because I came across more strange ties to the Trudeau family, like the Pierre Elliott Trudeau foundation symbol, as you can see, is the same symbol used by pedophiles to identify sexual preference.

NXIVM was also an illegal donor to Hillary Clinton’s campaign, and Bill Clinton has been connected to Epstein for a very long time and has been accused by multiple women of rape. Clinton flew on Epstein’s plane to Lolita Island many times.

We even have whistleblowers when it comes to this issue. Steve Pieczenik, a former United States Department of State official and a Harvard trained psychiatrist with a doctorate in international relations from the Massachusetts Institute of Technology (MIT). He’s been openly talking about this type of thing in elitist circles. You can view an example of him talking about the Clinton’s here.  Here’s another one of him implicating Bush Sr.

Ex-Nebraska policewoman, Kathryn Bolkovac, who served as a UN peacekeeper and worked under DynCorp, a military contractor, spoke out about elite level sex trafficking involving the UN, the State Department, and the Military. You can read more about that here. General James Grazioplene, who worked in the Pentagon and as the Vice President of DynCorp, is currently facing multiple rape charges of minors, including from his own daughter.

There are so many examples, too many to sift through and list here. This isn’t even the tip of the ice-berg.

We are living in a time where human consciousness is shifting. In all areas that surround humanity, new information is emerging that is challenging what people once believed. As a result of this information, our collective perception about our world is changing and we are beginning to manifest a new human experience. ‘Light’ must be shed on the ‘darker’ aspects of the human experience for them to change.

When we think about the global elite and what the majority of them are involved in, it’s truly a ‘psychopathic’ type of behavior. So is it then really a surprise that our world is being polluted and that war has been constant for decades, among other things? The human experience in many ways is a result of disconnected states of consciousness.

People like Epstein have most likely been through a lot of trauma themselves, and perhaps had the same things happen to them when they were children. One thing is for certain, we need to look without judgement, we need to work towards ending these actions without judgment. Because with judgement our clarity and emotions will cloud and we will simply create more of what is currently out there.

Many things are now coming to light, these are truly incredible times we are in.

If you really want to go deeper into understanding what the elite are truly up to via a witness testimony, check out a special interview we conducted with Anneke Lucas. Her work is based off her 30-year journey to restore her mental and physical wellbeing after surviving some of the worst atrocities known to humankind before the age of 12. Sold as a young child into a murderous pedophile network by her family, she was rescued after nearly six years of abuse and torture. The people involved in her experience were some of the most prominent and wealthiest people in the world.

You can watch that full interview HERE on CETV simply by starting a free trial. On CETV we have many other interviews and original shows that air every week.

Advertisement. Scroll to continue reading.
In this article:elite corruption, pedophilla