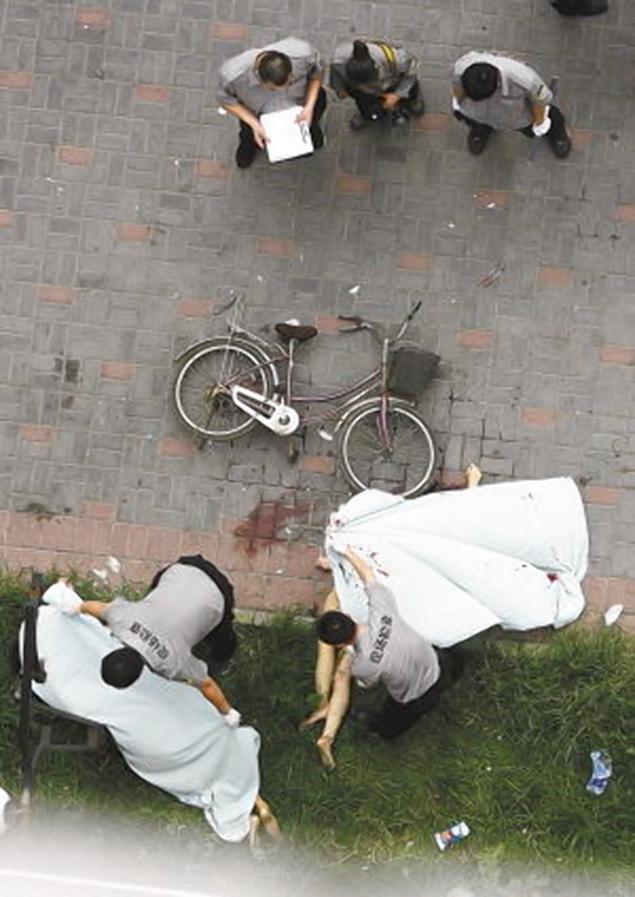 A couple in China are believed to have fallen to their deaths when a window they were having sex against gave way.

A steamy lovemaking session turned tragic after a couple in China reportedly fell out of a window to their deaths, The Sun reports.

The lovebirds from Wuhan, central China, were having sex against a glass pane when the poorly constructed window broke under the weight of their passion.

Clinging to each other even in those last moments, the couple hurtled to the ground.

Their blood spattered on the ground as medical personnel scrambled to the scene.

But it was too late. In a photo of the incident, the couple’s naked bodies are covered with sheets.

The passionate pair allegedly moved their sex session to the window because of the hot weather in Wuhan.

Advertisement. Scroll to continue reading.
In this article:China, Couple, Sex