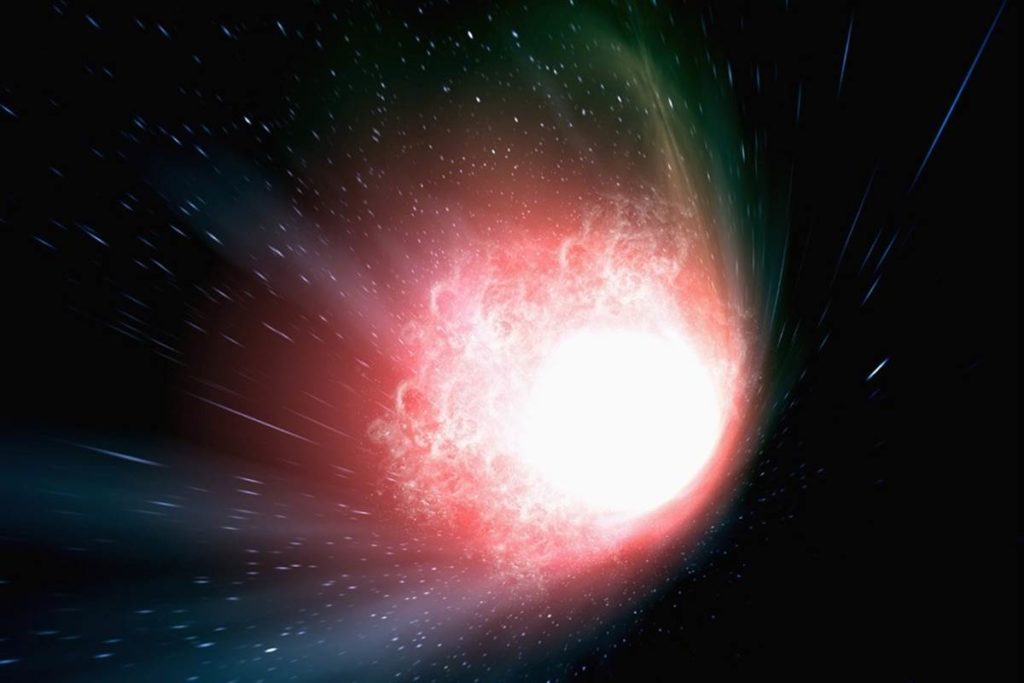 If the Higgs Field is a false vacuum, then it contains an incredible amount of potential energy that can release itself with just the tiniest, most random spark. The result would be a huge surge of energy, expanding at the speed of light, moving its way through the universe and consuming everything in its path.

The Vacuum State and Faking It

It looks like the universe as we know it has a self-destruct sequence unknown to most of us. This delete button exists within the very laws of physics that govern the known universe. To be specific, it’s a quantum field known as the Higgs Field.

So, how can the Higgs Field set off this cosmological self-destruct sequence? Well, it has a lot to do with faking it, or at least faking its vacuum state.

But, let’s back track a bit. Everything in the universe follows two fundamental principles — energy and stability. The long and short of it is this: everything in existence possess energy and moves towards its most stable or ground state. The more stable something is, the less potential energy it possesses, and vice-versa.

This holds true even at a quantum level, applying itself to quantum fields — essentially, the rules particles must obey in the universe. Quantum fields want to be in their most stable, lowest energy state, which is called the vacuum state (not to be confused with a vacuum in space).

What happens when it does?

Imagine that huge surge of energy, expanding at the speed of light, moving its way through the universe. This vacuum decay would consume everything in its path. Of course, there is a chance that it wouldn’t get us, thanks to the universe expanding. But if does, this ball of Higgs (so to speak) would turn the standard model of physics topsy-turvy, and alter how chemistry works as we know it — making life virtually impossible.

In short, it would be instant death on a cosmological scale. Well, the good news is, false vacuums are still largely theoretical. So it’s really nothing to worry about… for now.

By Dom Galeon and Sarah Marquart

In this article:Higgs Field, quantum tunneling