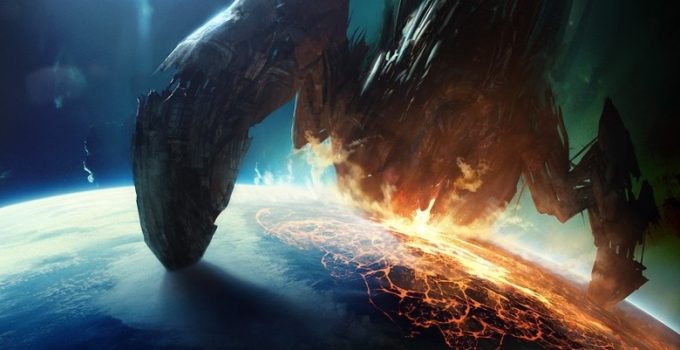 Quoting a report published in Aviation Week and Space Technology on August 17, 1992, aerospace historian Michael Schratt states more than $100 million dollars of tax payer money a day — every day of the year — is being spent on covert operations with no civilian oversight whatsoever.

That’s $3 billion a month going to projects that you and I know absolutely nothing about.

Think about that for a moment. Imagine what you could do with that kind of money?

Now try imagine what greedy-power drunk psychopaths could do with that money?

If that’s not disturbing enough, it has already been officially acknowledged that trillions of dollars of tax payer money cannot be accounted for…

Of course, this is pretty mind blowing to consider in and of itself. It’s actually very difficult to even believe or comprehend how the government can get away with something like this. But sadly they can, and they do.

The obvious question here is, where is all this money going?

According to this documentary, these funds are going into the planning of an unprecedented false flag attack that will “make 9/11 look like a picnic,” and ultimately be used to justify an authoritarian government unlike anything the human race has ever seen.

You can watch the trailer below;

Personally, I have no idea whether this story is true or not, but I did decide to keep an open mind and watch the documentary which I was very impressed with.

Not only does it make a sensible argument to support the theory of a cosmic false flag event in the making, but it also presents strong evidence — particularly in the form of high ranking government/military official testimony — that alien visitation has already taken place, bodies have been recovered, and all of this has actually been hidden in plain sight for decades.

So instead of mindlessly rejecting this information based on your personal narrow minded prejudice, simply hear what these reputable authorities have to say. The highest form of ignorance is when we reject something we actually know nothing about.

Advertisement. Scroll to continue reading.
In this article:Enlightening Movies, featured