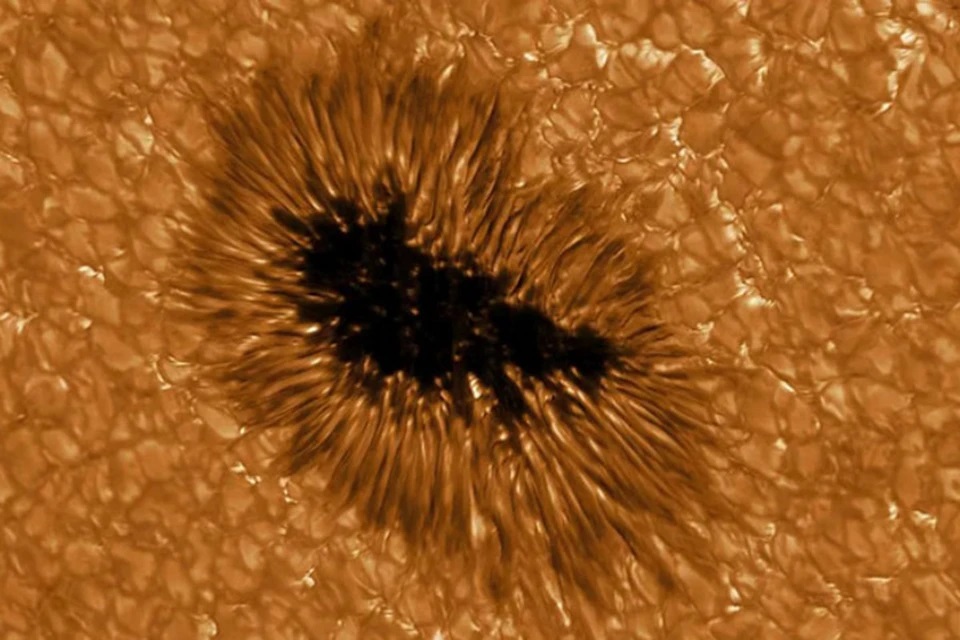 A small spot that formed on the Sun a few days ago has grown, increased by 10 times and turned into a giant one – the active zone of AR3085. The size of the spot is such that the Earth would easily drown in it. Its “muzzle” is now aimed at our planet.

And this threatens with a direct hit by streams of charged particles, solar plasma clots, strong electromagnetic radiation, if intense flares or coronal ejections begin.

There is a probability, albeit a small order of 10 percent, of both, according to American experts from the National Oceanic and Atmospheric Administration (NOAA).

They predict that a mild G-1 class geomagnetic storm is almost certain to occur on August 29, as a result of a small outburst that already occurred on August 25.

Specialists are concerned about another large active zone, named AR3088. which is abnormal and twisted, so to speak. Usually in spots, the negative pole of the magnetic field is located on the left, the positive – on the right. In AR3088, they are rotated 90 by degrees and located vertically. From such a “wrong” spot, you can expect all sorts of unpleasant surprises.

Experts predict solar flares and, as a result, magnetic storms.

On August 24, 2022, all newspapers in Mexico came out with a headline on the first page: “Mega electric Storm on Quintana Roo.”

The original video was first posted by the @UniversoPic account –  it was theirs, apparently the drone and the picture is a little better there:

We have never seen such a thunderstorm. Nobody has. Without reading the annotation to the video and without going through the links, at first we thought that this was some kind of computer graphics, since such thunderstorms do not happen in real life. But, as it turned out – they do now.

The beginning of cataclysms on a somewhat larger scale somehow goes according to plan: sprites, jets, droughts, floods, volcanoes and all that. Lightning has also recently become somewhat unusual, the process has gone on the rise.

In this article:electric storms, sun spots