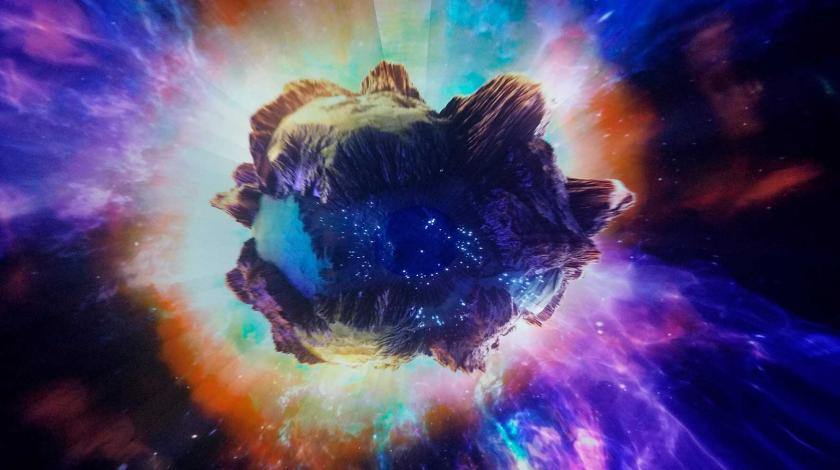 The leap year 2020 has prepared many surprises. Fans of various kinds of conspiracies have already found predictions of the spread of coronavirus in the statements of Vanga and Nostradamus. However, the true end of the world can overtake mankind from a completely different perspective.

At the end of next month, a Planet Killer will fly next to Earth. It is found out how likely the collision of the planet with an asteroid is and what its consequences will be.

A block the size of a village

On April 29, a giant asteroid 1.7 kilometers long and more than four kilometers wide will fly very close to Earth. The giant space object is called the Killer of the Planets and flies together with a company. According to NASA, which cite the media, this company will be its “little brother.

“Two asteroids – 1998 OH and 1998 OR2 – are characterized as “potentially dangerous” because their sizes are “large enough to lead to global effects if one of them collides with the Earth.”

Scientists give answers to this question in a different way. However, NASA still reassured, arguing that in April the end of the world should not be expected. Asteroids will not come closer than five million kilometers to our planet, despite the fact that their flight path will not be so far from Earth.

However, to prevent these threats, there are large research centers scattered around the world. It is in them that data is collected annually on the fall of cosmic bodies to Earth.

According to various sources, each year, about 500 meteorites slightly more than half a kilogram fall to Earth. Most drop in the ocean or burn out in the atmosphere, but they are all so small that they go unnoticed.

On the other hand, the consequences of a collision of the Earth with such a large cosmic body as the Killer of the Planets can be fatal. You can look at them on the site Impact: Earth!, created by scientists from Purdue University and King’s College London. So, the fall of an asteroid with a diameter of 1300 meters into the ocean at a speed of 38 kilometers per second will lead to tsunamis and earthquakes lasting almost 20 minutes.

If we take the example of another asteroid – 1997XF11, which will fly near the Earth in 2028 – you can see a map of devastating consequences if it falls, for example, in the center of Spain. Its diameter is 1.6 kilometers and a speed of 48,000 kilometers per hour.

The first circle denotes the area in which there will be nothing alive. The second – yellow – limits the area where the vast majority of living things will not be saved, and if they survive, they will have very serious health consequences. The inhabitants of the red circle will be able to stay alive with a slightly greater degree of probability. The green zone awaits massive destruction. Finally, the purple and gray circles are areas that will be struck by a blast wave: deafening sounds, debris and ashes await them. Looking ahead – in the event of such an asteroid falling to Earth, the fate of dinosaurs awaits humanity.

Advertisement. Scroll to continue reading.
In this article:april 2020 asteroid, featured, Killer of the Planets