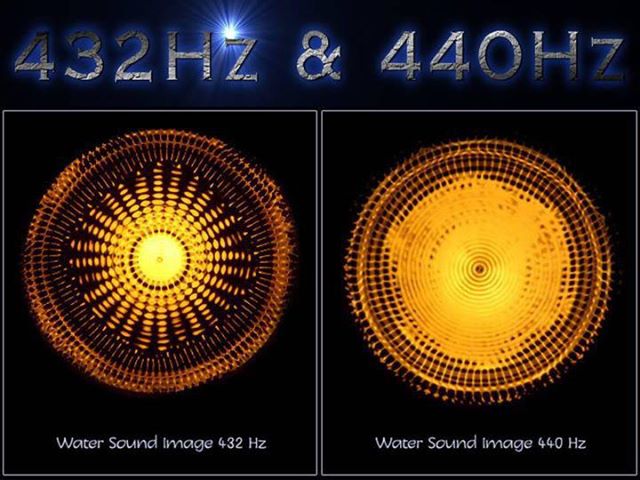 Most music worldwide has been tuned to 440 hertz since the International Standards Organization (ISO) endorsed it in 1953. The recent rediscoveries of the vibratory / oscillatory nature of the universe indicate that this contemporary international concert pitch standard may generate an unhealthy effect or anti-social behavior in the consciousness of human beings.

A=432 Hz, known as Verdi’s ‘A’ is an alternative tuning that is mathematically consistent with the universe. Music based on 432 Hz transmits beneficial healing energy, because it is a pure tone of math fundamental to nature.
There is a theory that the change from 432 Hz to 440 Hz was dictated by Nazi propaganda minister, Joseph Goebbels. He used it to make people think and feel a certain manner, and to make them a prisoner of a certain consciousness. Then around 1940 the United States introduced 440 Hz worldwide, and finally in 1953 it became the ISO 16-standard.

440 Hz is the unnatural standard tuning frequency, removed from the symmetry of sacred vibrations and overtones that has declared war on the subconscious mind of Western Man.
In a paper entitled ‘Musical Cult Control’, Dr. Leonard Horowitz writes: “The music industry features this imposed frequency that is ‘herding’ populations into greater aggression, psycho social agitation, and emotional distress predisposing people to physical illness.”
You just have to go out in the street and take a look around. What do you see? School kids, young adults on their way to work, a woman pushing her baby in a pram, a man walking his dog – and what do they all have in common? iPods or MP3 Players! Ingenious, isn’t it?

“If you want to find the secrets of the universe, think in terms of energy, frequency and vibration.” –Nikola Tesla

The powers that be are successfully lowering the vibrations of not only the young generation but the rest of us as well. These destructive frequencies entrain the thoughts towards disruption, disharmony and disunity. Additionally, they also stimulate the controlling organ of the body – the brain – into disharmonious resonance, which ultimately creates disease and war.

“This unnatural standard tuning frequency (440 Hz), removed from the symmetry of sacred vibrations and overtones, has declared war on the subconscious mind of Western Man.” –L. C. Vincent

The Hidden Power of Universal Frequency and Vibration

Frequency and vibration hold a critically important yet hidden power to affect our lives, our health, our society and our world. The science of Cymatics (meaning the study of visible sound and vibration) proves that frequency and vibration are the master keys and organizational foundation for the creation of all matter and life on this planet.
When sound waves move through a physical medium (sand, air, water, etc.) the frequency of the waves has a direct effect upon the structures which are created by the sound waves as they pass through that particular medium.

To better understand the power of sound frequency, watch the amazing video below.

“If one should desire to know whether a kingdom is well governed, if its morals are good or bad, the quality of its music will furnish the answer.” –Confucius

Music has a hidden power to affect our minds, our bodies, our thoughts, and our society. When that music is based upon a tuning standard purposely removed from the natural harmonics found in nature, the end result may be the psychic poisoning of the mass mind of humanity.
As Kymatica Documentary says, the rediscovered knowledge of the science of sound shows that sound is something more than mere vibratory signals, not only does sound interact with life but it sustains and develops it. It acts as a conduit of conscious intent between people, societies and entire civilizations. 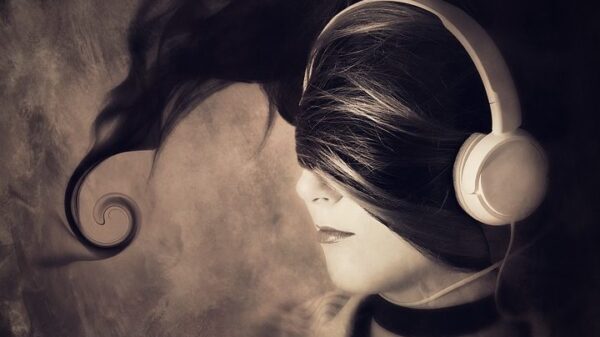