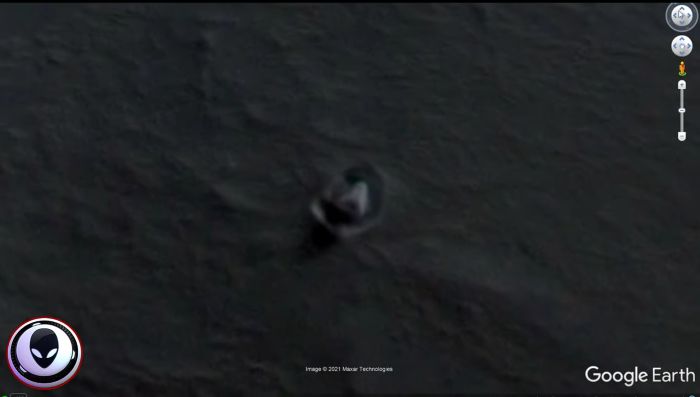 Blogger Taylor Glockner said that he discovered an alien ship in Antarctica using Google Maps. He stated this on his personal channel secureteam10 on YouTube hosting, dedicated to testing conspiracy theories and finding traces of extraterrestrial civilization.

Independent researcher Taylor Glockner claims he managed to find an alien spacecraft using Google Maps. In one of his videos, he shared with the general public the coordinates of the discovered object, which seemed suspicious to him. It was promoted by the giant footprint left by the object that looks as if it hit the ground at high speed,

According to Glockner, it is obvious that the spacecraft was hidden under the snow cover, since it is not known how long it has been at the location indicated by it. The coordinates published by the blogger belong to the island of South Georgia, which is classified by science as subantarctic. It is located in close proximity to the Antarctic mainland. The island is covered with tundra, and there are eternal glaciers in the mountains.

According to information provided by Taylor Glockner, fewer than 20 people live in this area, which is why it is assumed that the fall of a large spacecraft may not have been noticed on the island. The researcher also shared an alternative version, according to which the lost Malaysian flight MH370, which was heading from the capital Kuala Lumpur to Beijing, can be depicted on a satellite frame. It is known that it has been officially missing since 2014.

Richard Waller, Ph.D. from the British University of Keele, studied the image presented by Glockner as evidence of the existence of extraterrestrial civilizations. According to him, there is nothing unusual in the photo, since this object may be a piece of rock or part of a glacier that broke off the mountain and rolled down the slope. This is evidenced by the traces that were left on the surface. The rock could break off at the moment when it was overloaded with a large accumulation of snow.

In this article:alien ship, Antarctica