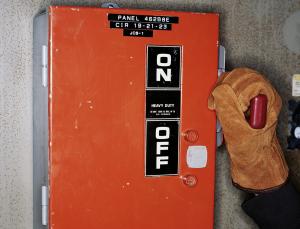 ONE moment you’re conscious, the next you’re not. For the first time, researchers have switched off consciousness by electrically stimulating a single brain area.

Scientists have been probing individual regions of the brain for over a century, exploring their function by zapping them with electricity and temporarily putting them out of action. Despite this, they have never been able to turn off consciousness – until now.

Although only tested in one person, the discovery suggests that a single area – the claustrum – might be integral to combining disparate brain activity into a seamless package of thoughts, sensations and emotions. It takes us a step closer to answering a problem that has confounded scientists and philosophers for millennia – namely how our conscious awareness arises.

Many theories abound but most agree that consciousness has to involve the integration of activity from several brain networks, allowing us to perceive our surroundings as one single unifying experience rather than isolated sensory perceptions.

One proponent of this idea was Francis Crick, a pioneering neuroscientist who earlier in his career had identified the structure of DNA. Just days before he died in July 2004, Crick was working on a paper that suggested our consciousness needs something akin to an orchestra conductor to bind all of our different external and internal perceptions together.

With his colleague Christof Koch, at the Allen Institute for Brain Science in Seattle, he hypothesised that this conductor would need to rapidly integrate information across distinct regions of the brain and bind together information arriving at different times. For example, information about the smell and colour of a rose, its name, and a memory of its relevance, can be bound into one conscious experience of being handed a rose on Valentine’s day.

The pair suggested that the claustrum – a thin, sheet-like structure that lies hidden deep inside the brain – is perfectly suited to this job (Philosophical Transactions of The Royal Society B, doi.org/djjw5m).

It now looks as if Crick and Koch were on to something. In a study published last week, Mohamad Koubeissi at the George Washington University in Washington DC and his colleagues describe how they managed to switch a woman’s consciousness off and on by stimulating her claustrum. The woman has epilepsy so the team were using deep brain electrodes to record signals from different brain regions to work out where her seizures originate. One electrode was positioned next to the claustrum, an area that had never been stimulated before.

When the team zapped the area with high frequency electrical impulses, the woman lost consciousness. She stopped reading and stared blankly into space, she didn’t respond to auditory or visual commands and her breathing slowed. As soon as the stimulation stopped, she immediately regained consciousness with no memory of the event. The same thing happened every time the area was stimulated during two days of experiments (Epilepsy and Behavior, doi.org/tgn).

To confirm that they were affecting the woman’s consciousness rather than just her ability to speak or move, the team asked her to repeat the word “house” or snap her fingers before the stimulation began. If the stimulation was disrupting a brain region responsible for movement or language she would have stopped moving or talking almost immediately. Instead, she gradually spoke more quietly or moved less and less until she drifted into unconsciousness. Since there was no sign of epileptic brain activity during or after the stimulation, the team is sure that it wasn’t a side effect of a seizure.

Koubeissi thinks that the results do indeed suggest that the claustrum plays a vital role in triggering conscious experience. “I would liken it to a car,” he says. “A car on the road has many parts that facilitate its movement – the gas, the transmission, the engine – but there’s only one spot where you turn the key and it all switches on and works together. So while consciousness is a complicated process created via many structures and networks – we may have found the key.”

Counter-intuitively, Koubeissi’s team found that the woman’s loss of consciousness was associated with increased synchrony of electrical activity, or brainwaves, in the frontal and parietal regions of the brain that participate in conscious awareness. Although different areas of the brain are thought to synchronise activity to bind different aspects of an experience together, too much synchronisation seems to be bad. The brain can’t distinguish one aspect from another, stopping a cohesive experience emerging.

Since similar brainwaves occur during an epileptic seizure, Koubeissi’s team now plans to investigate whether lower frequency stimulation of the claustrum could jolt them back to normal. It may even be worth trying for people in a minimally conscious state, he says. “Perhaps we could try to stimulate this region in an attempt to push them out of this state.”

Anil Seth, who studies consciousness at the University of Sussex, UK, warns that we have to be cautious when interpreting behaviour from a single case study. The woman was missing part of her hippocampus, which was removed to treat her epilepsy, so she doesn’t represent a “normal” brain, he says.

However, he points out that the interesting thing about this study is that the person was still awake. “Normally when we look at conscious states we are looking at awake versus sleep, or coma versus vegetative state, or anaesthesia.” Most of these involve changes of wakefulness as well as consciousness but not this time, says Seth. “So even though it’s a single case study, it’s potentially quite informative about what’s happening when you selectively modulate consciousness alone.”

“Francis would have been pleased as punch,” says Koch, who was told by Crick’s wife that on his deathbed, Crick was hallucinating an argument with Koch about the claustrum and its connection to consciousness.

“Ultimately, if we know how consciousness is created and which parts of the brain are involved then we can understand who has it and who doesn’t,” says Koch. “Do robots have it? Do fetuses? Does a cat or dog or worm? This study is incredibly intriguing but it is one brick in a large edifice of consciousness that we’re trying to build.” In this article:Brain, Consciousness, switch