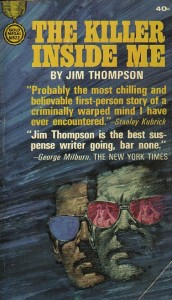 I have never killed anyone, but I have certainly wanted to. I may have a disorder, but I am not crazy. In a world filled with gloomy, mediocre nothings populating a go-nowhere rat race, people are attracted to my exceptionalism like moths to a flame. This is my story.

Once while visiting Washington, D.C., I used an escalator that was closed, and a Metro worker tried to shame me about it.

Him: “Didn’t you see the yellow gate?”

Him: “I just put the gate up, and you were supposed to walk around it!”

Him: “That’s trespassing! It’s wrong to trespass! The escalator is closed, you broke the law!”

Me: [I stare at him silently.]

Him: [Visibly rattled by my lack of reaction] “Well, next time, you don’t trespass, okay?”

It was not okay. In explaining their horrible actions, people often say that they “just snapped.” I know that feeling. I stood there for a moment, letting my rage reach that decision-making part of my brain, and I suddenly became filled with a sense of calm purpose. I blinked my eyes and set my jaw. I started following him. Adrenaline started flowing; my mouth tasted metallic. I fought to keep my peripheral vision in focus, hyperaware of everything around me, trying to predict the movement of the crowd. I was hoping that he would walk into a deserted hallway where I would find him alone. I felt so sure of myself, so focused on this one thing I had to do. An image sprang to mind: my hands wrapped around his neck, my thumbs digging deep into his throat, his life slipping away under my unrelenting grasp. How right that would feel. But I know I had been caught in a megalomaniacal fantasy. And in the end it didn’t matter; I lost sight of him.

I Am a Sociopath

Remorse is alien to me. I have a penchant for deceit. I am generally free of entangling and irrational emotions. I am strategic and canny, intelligent and confident, but I also struggle to react appropriately to other people’s confusing and emotion-driven social cues.

I was not a victim of child abuse, and I am not a murderer or a criminal. I have never skulked behind prison walls; I prefer mine to be covered in ivy. I am an accomplished attorney and law professor, a well-respected young academic who regularly writes for law journals and advances legal theories. I donate 10 percent of my income to charity and teach Sunday school for the Mormon Church. I have a close circle of family and friends whom I love and who very much love me. Does this sound like you? Recent estimates say that one in every 25 people is a sociopath. But you’re not a serial killer, never imprisoned? Most of us aren’t. Only 20 percent of male and female prison inmates are sociopaths, although we are probably responsible for about half of all serious crimes committed. Nor are most sociopaths incarcerated. In fact, the silent majority of sociopaths live freely and anonymously, holding down jobs, getting married, having children. We are legion and diverse.

You would like me if you met me. I have the kind of smile that is common among television show characters and rare in real life, perfect in its sparkly teeth dimensions and ability to express pleasant invitation. I’m the sort of date you would love to take to your ex’s wedding—fun, exciting, the perfect office escort. And I’m just the right amount of successful so that your parents would be thrilled if you brought me home.

Advertisement. Scroll to continue reading.
In this article:Confessions, Psychopath, Sociopathy 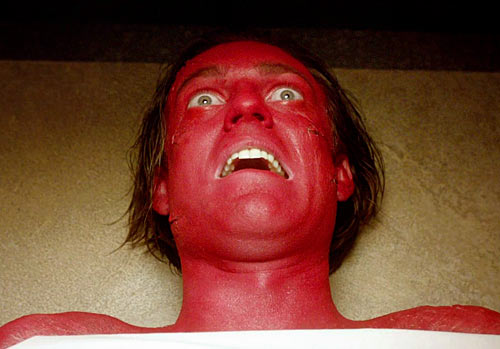 How To Spot A Psychopath

So how many psychopaths are in your life? Writing for the Telegraph, Tom Chivers says, “We think of psychopaths as killers, alien, outside society....