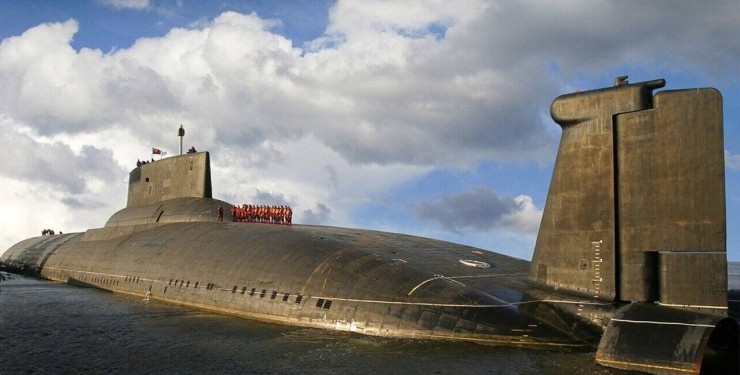 According to a Japanese publication, the US is unable to deal with the Russian “Apocalypse torpedo”, which can cause a 500-meter tsunami. The United States has nothing to oppose the Russian “weapon of fate” – the Poseidon nuclear torpedo, as Yahoo News Japan writes.

Not having at its disposal aircraft carriers and cruisers capable of competing with the US Navy, the Russian military decided to rely on submarines. In 2019, Putin ordered the modification of a submarine unfinished in the 1990s and making it a carrier of drones and mini-submarines capable of operating at a depth that no NATO submarine can operate at. Its name is “Belgorod“.

The submarine, 184 meters long and 15 meters wide has unlimited autonomy: as much as 120 days without the need to go to the surface. Innovative propellers ensure quiet operation.

The author recalled that the torpedo moves under water and, in the event of an explosion, is capable of creating a 500-meter tsunami, which will destroy coastal cities. The height of the Statue of Liberty in New York is 93 meters and the Empire State Building is 443 meters, the article notes.

Military expert Kazuhiko Inoue notes that “Poseidon” is moving at a speed of 130 kilometers per hour at a depth of a thousand meters. It has a virtually unlimited range thanks to its nuclear propulsion system, making it difficult to intercept it with limited-range conventional missiles. The United States, in turn, does not have weapons comparable to the Poseidon, and therefore the Russian torpedo poses a serious threat to them.

According to the journalist, if this particular torpedo was used, a wave would hit the city covering these buildings. Thus, the United States absolutely must develop countermeasures for this particular weapon.

Japan’s concern is reasonable, as it is an island nation that is unable to defend its entire coastline and is vulnerable to the possible use of such a superweapon.

In April 2022, when British Prime Minister Boris Johnson made a surprise visit to Kyiv, taking a hard line on Moscow, a Russian TV channel warned him that the Poseidon was equipped with a nuclear warhead of up to 100 megatons and that if it exploded near the British Isles, the raised wave will absorb them and turn the territories into a “radioactive desert”.

On October 2, the Italian edition of La Repubblica reported that the nuclear submarine carrying the Poseidon had left the base for possible nuclear tests.

On October 6, US President Joe Biden said that if Russia uses nuclear weapons, then nuclear “Armageddon” will be inevitable.

Russia’s moves could show that President Putin is “increasingly desperate after a series of embarrassing battlefield defeats” in western Ukraine.

So is it possible to intercept the Poseidon?

In this article:nuclear submarines, Russia