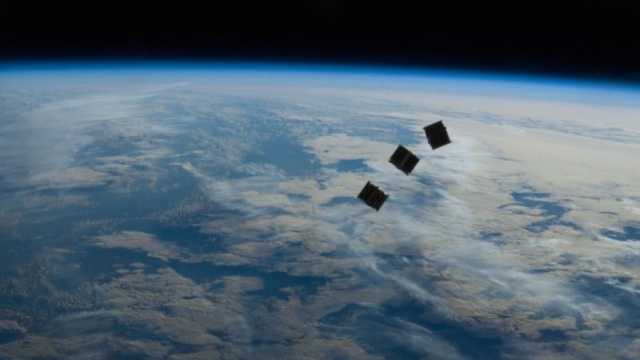 If all goes according to plan, North Koreans will soon have free, uncensored Internet provided by satellites the size of toaster ovens.

That’s part of a project called Outernet, which hopes to launch hundreds of tiny satellites—known as CubeSats—to provide Internet to every person on Earth. Forty percent of the world’s people currently don’t have access to the Web. In a little more than a year, Outernet plans to have a fleet of 24 satellites operational and testing to pave the way for a globe-spanning network.

The satellites won’t be providing conventional Internet right away. They’ll initially be used for one-way communication to provide services like emergency updates, news, crop prices, and educational programs. Users will help determine what content is offered.

The project’s backers say knowledge is a human right—one they intend to provide even in countries where dictators have thus far limited access. “We exist to support the flow of independent news, information, and debate that people need to build free, thriving societies,” said  Peter Whitehead, president of the Media Development Investment Fund, Outernet’s backer. “It enables fuller participation in public life, holds the powerful to account and protects the rights of the individual.”

It will be at least five years before Outernet can offer the more interactive Web as we know it, which allows users to both access information and upload it, said Syed Karim, MDIF’s director of innovation.

Worldwide Internet could be available sooner, Karim said, if telecom giants invested in a few mega-capacity satellites like North America’s ViaSat-1. Three years and $12 billion is all it would take to get the job done, he estimated. “We don’t have $12 billion, so we’ll do as much as we can with CubeSats and broadcast data,” Karim said.

How much will it cost? Putting a 10x10x10-centimeter payload into orbit runs more than $100,000. A 34x10x10 satellite—the biggest unit Outernet is considering—costs more than $300,000 to launch. Now, multiply that by hundreds of satellites. “We want to stay as small as possible, because size and weight are directly related to dollars,” Karim said. “Much of the size is dictated by power requirements and the solar panels needed satisfy those requirements.”

To determine the range and size of its global fleet, Outernet will have to determine the gain on its signal. A higher gain would lower the satellite’s reach but provide faster speeds. The first fleet’s testing will help determine the right balance.

While Outernet’s engineers test and prepare for launch, they’re seeking support from those who believe in their cause. In addition to traditional donation sources like Paypal, they’re also accepting online currencies like bitcoin and Dogecoin (bitcoin blockchains are among the initial services the one-way signals will offer). They’re also asking NASA to let them test their technology on the International Space Station.