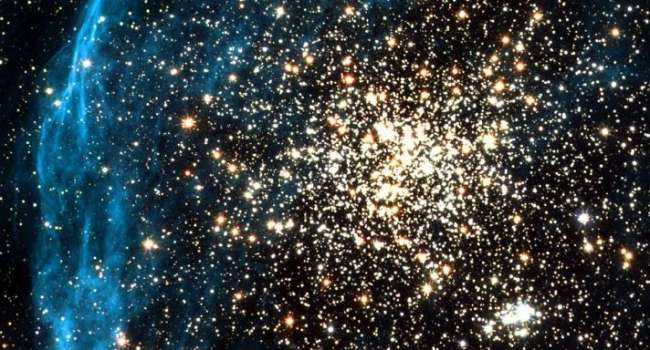 The Hyades are located in the constellation Taurus, just 153 light years from Earth. Earthlings can see some bright stars from this constellation with the naked eye. With the help of a telescope, astronomers discovered about a hundred stars in it, which, judging by their movement, die under the influence of an unknown cosmic force.

Tereza Jerabkova and her colleagues report this in a new article published in the journal Astronomy & Astrophysics. The find is also described in a press release distributed by the ESA.

As part of the new study, scientists were going to find out how many stars were in these tidal tails. To do this, astronomers analyzed data from the Gaia space telescope, which tracks 1.8 billion stars in the Milky Way.

With the help of computer simulations, scientists have determined that hundreds of stars that used to belong to this cluster are stretched out in tidal tails, which are more than 2,500 light-years long.

The scientists then developed a model that mimics how stars might have collided as they left the cluster over 600-700 million years. When the models were matched with Gaia data, the team found that the tidal tails of the Hyades were much longer than expected, including thousands of stars scattered over thousands of light years.

But the strangest thing was that there were fewer stars in one of the tails than it should have been. The researchers adjusted their simulations to try to account for this oddity. They found that the tail of the cluster collided with a clump of matter weighing about 10 million Suns.

“It was probably a very close interaction with a really massive cluster, as a result of which the Hyades were destroyed,” says study author Teresa Dzherabkova.

According to scientists, they saw smoke, but there is no fire anywhere. There are no visible gas clouds or other star clusters nearby that could cause such destruction.

The team believes that elusive and invisible dark matter was the culprit. It is believed that this mysterious material permeates the Universe, interacting with ordinary matter only through its strong gravity.

“The Gaia telescope has completely changed the way we see the Milky Way. And with these discoveries, we will be able to map the substructure (dark matter) of the galaxy much better than ever,” said Dzherabkova.

So far, researchers have put forward only one reasonable version of what is happening. In their opinion, there may be a huge object near the star cluster, which attracts everything around. However, even with the most powerful telescopes, astronomers have not yet discovered it. In addition, they added that this object is slowly approaching the Earth.