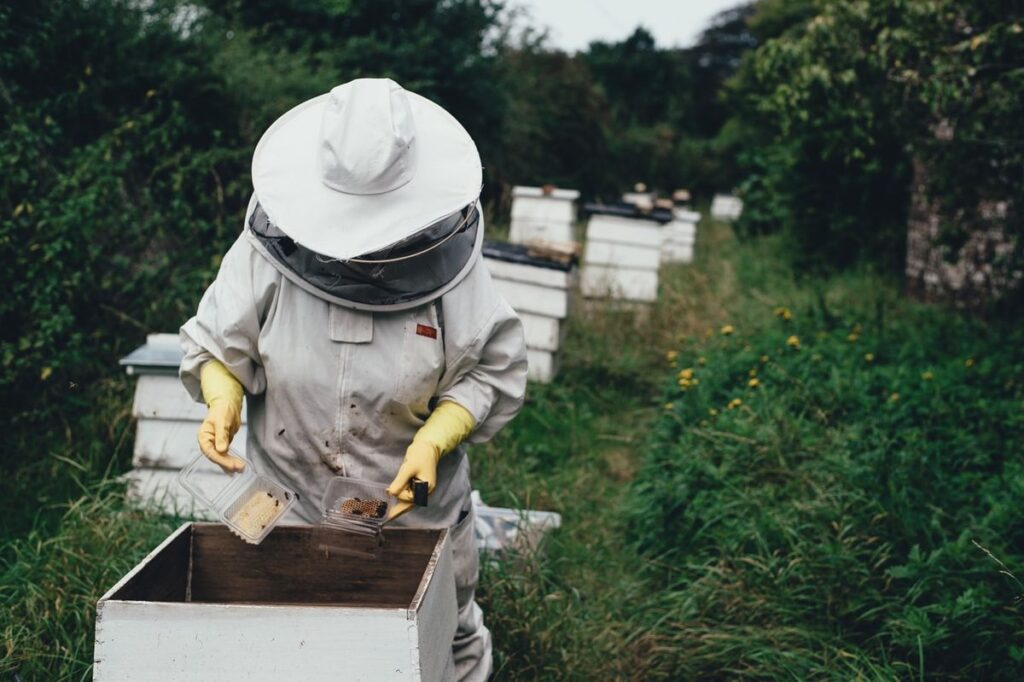 The picture is for illustrative purposes only. Photo: Annie Spratt / Unsplash

Scientists studied 122 samples of honey, and in 68 found traces of radioactive fallout from nuclear tests conducted in the 1950s and 1960s.

A team of scientists led by geochemist-ecologist James Caste of Williamsburg State Research University found that traces of radioactive fallout from nuclear tests in the 1950s and 1960s during the Cold War could still be found in American honey. This was reported by Science Mag.

The radioactive isotope cesium-137 has been identified below levels that are considered dangerous, but the measured amounts underscore the resilience of radioactive contaminants even half a century after the completion of international tests of nuclear bombs.

Cesium-137 is a by-product of nuclear fission, which includes the reaction of uranium and plutonium. The isotope can often be found in small amounts in various foods.

A total of 122 samples of honey were taken from all over America: from Maine to Florida, and 68 found radioactive isotopes, a legacy of nuclear tests in the atmosphere conducted by the United States, the Soviet Union and other countries during the Cold War.

Most of the explosions took place over the Marshall Islands in the Pacific Ocean and over Novaya Zemlya, the Arctic archipelago in northern Russia. Other tests were conducted in New Mexico and Nevada. And even tickets were sold for explosions: spectators arranged parties above that tests were better visible.

The discovery happened by accident – after James Caste gave his students assignments for the spring break in 2017. He asked for locally produced products from where they would rest to demonstrate how radioactive contaminants are still stored in the environment after nuclear tests in the mid-20th century.

The students brought honey, fruits, nuts and some other food. As expected, various samples showed very faint traces of cesium-137 when measured with a gamma detector. However, when the scientist analyzed the composition of honey from a farm market in North Carolina, the result shocked him.

“I measured it again because I thought something had happened to the container or my detector. Repeated measurements showed that the cesium-137 content was again 100 times higher than that of any of the other products,” Caste said.

According to the scientist and his colleagues, the combined effect of more than half a thousand of these test explosions emitted more ionic radiation into the atmosphere than any other event in human history.

“Many aerial explosions were so powerful that dozens of radioactive fission products were released into the stratosphere and spread around the world for about a year, mostly as a result of rain. The presence of radioactive contamination from nuclear tests is widespread and is found on all continents and even in the deep. depressions “, – researchers report.

They explained why the level of cesium-137 in honey is so high. It was found that honey came from those regions of the United States where the soil contains a low content of potassium, which plants absorb as a source of nutrients to support a number of metabolic processes. Potassium and cesium have a number of atomic similarities, and when plants lack potassium, they absorb cesium. Then the isotope enters the nectar of plants, which is collected by bees and make honey. And the content of the isotope in honey from the state of Maine was explained simply – local farmers send hives for the winter in warmer states.

However, Caste notes that even the increased concentration of cesium in honey is not considered harmful to humans.

“I’m not trying to tell people that they shouldn’t eat honey. I feed my children honey and give them more than usual,” Caste said, adding that he had nothing to worry about. However, he noted that the content of cesium-137 in the nectar may have led to the extinction of bees. And its level in the 1970s was probably higher than it is now.

In this article:cold war, Radiation