William F. did not live the most righteous life. His selfish, authoritarian behavior caused a lot of suffering to the people around him, especially his wife. And it is not known how his marriage would have ended if one day William had not had an accident.

On that fateful day, November 6, 2019, a man was riding a motorcycle and crashed into a truck as it changed lanes. William tried unsuccessfully to get out from under the heavy truck, as his helmet got stuck under the front axle of the car.

A policeman was the first to come to help, then an ambulance arrived. The motorcyclist was evacuated by helicopter to the hospital. The man in the helicopter told William not to sleep, but he collapsed into unconsciousness.

What William saw in oblivion made a strong impression on him and changed his future life.

The next thing I remember happened on a large field. There was a fence about 100 meters away from me. There was a black hole in the fence on the other side of the gate.

I was drawn to the gate. The closer I got, the more love and warmth I felt, the more selfishness and bad feelings went away.

When the gate was about five steps away, and I was about to open it, someone’s hand stopped me, grabbing my forearm. Looking at this man, I noticed a few more.

– You need to stop. I watched you for a long time, son, you made a lot of mistakes. Do you know where you are? The man asked.
“I’m not sure,” I said, looking around.
“You are dead,” he said.

“You’re scared,” he remarked.
– No.
“Then [during your life] you were always afraid of it for no reason,” he said softly. I nodded in agreement, and our dialogue continued.
– Do you feel that everything is under your control?
“I don’t know… no.
– You have never controlled anything in your life. It’s an illusion …
– Yes, you’re right, – I nodded again.
– You are given a choice that many do not have. God gives you a choice: come back and correct your mistakes, or you can go through the gate. If you enter this gate, all the regrets of life will torment your soul until you are given another chance. It will feel like eternity.

I still have regrets about my past life, ”he added after a pause. – If you come back and do not start working on yourself to become better, if you do not find happiness in the righteous way, you will always remember and crave the feeling that you are experiencing in this place now, but you will not get here again.
When you return, recover, heart and mind will be restored. You are given something great … But you understand that God already knows your choice.

Then he looked at me and asked:

At that moment, the feelings that gripped me were gone, and I let go of the gate.

“See you again very soon,” he said at last.

Then I woke up and saw my mother. I told her that I was back for good and that I would not go anywhere. She had a tired face.

I said that everything would be all right with me, and told that I saw Him. She clarified who exactly. I replied that I did not know for sure, but they gave me a second chance. Mom laughed and said that probably my grandfather kicked me in the ass to bring me back here.

William underwent several operations, but the doctors said that physically he would not be the same. Among other things, the man had to learn to walk again.

About a month after the accident, thoughts of the pain inflicted on his loved ones and loved ones flooded into William, so he focused on correcting the mistakes of the past and changing his future.

Five months later, William was walking without limping. Now she runs for several kilometers, and the only evidence of an accident is scars.

The biggest proof of the reality of what he saw during clinical death is a complete change in himself, says William.

“I saw mistakes, especially in my relationship with my wife, and I understand things that I didn’t understand before. It is strange to think that someone was watching my life from a distance and knew about my actions. If I had not changed, I would have yearned for death. “

“I used to have sociopathic tendencies and no empathy. I have never felt guilt or remorse. Now I am selfless and empathetic, I feel the emotions of others, and it is overwhelming. I know how people feel just by looking at them. This is a kind of intuition.

Remorse and guilt help me re-evaluate the past. I also notice that when I do something instinctively, in the old way, I realize it and I can stop. “

“People believe when I share my experience because they see a big change in me.”

In this article:life changing events, NDE 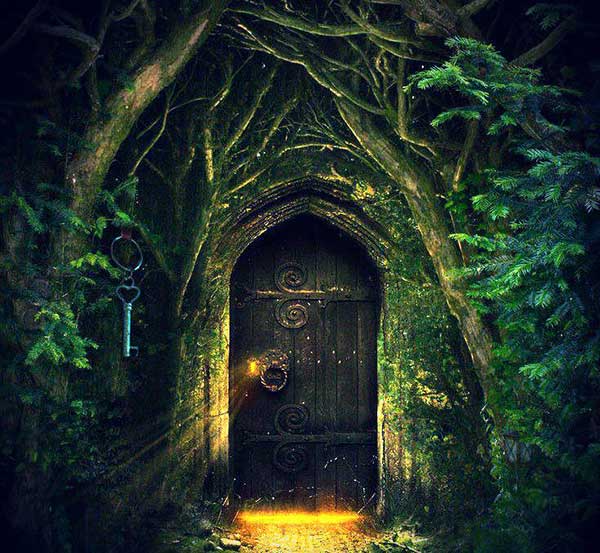 by DAN GREEN The argument that temporal lobe epilepsy is the cause of  hallucinations mistakenly viewed as paranormal, is not a new one having...