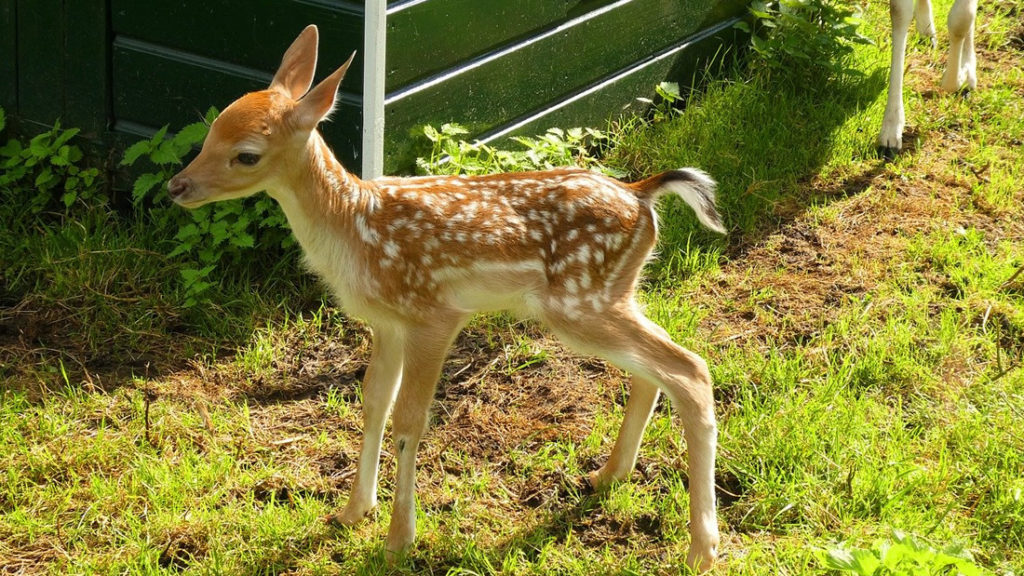 Usually, we think of evolution as a slow process that takes place over millions of years. However, a team of scientists has now documented how deer on a Scottish island seem to be evolving over the course of decades, possibly in response to climate change, which makes them give birth earlier, at the beginning of the year.

According to a study published in the open access journal PLOS Biology, these deer, who live on the island of Rum, near the west coast of Scotland, have undergone genetic changes that have contributed to the animals having children almost two weeks earlier over the past four decades.

Previous studies by other groups of scientists have shown that deer on this island have been giving birth before, partly as a result of warmer temperatures that have altered their behavior and the functioning of their bodies.

However, the latest study sheds light on the important role of adaptive genetic changes in this process. The researchers say that this work represents some of the first evidence that evolutionary changes are affecting the time of year when wild animals give birth.

Timothée Bonnet, lead author of the study of the Australian National University said in a statement:

This is one of the few cases in which we have documented the evolution in action, which shows that it can help populations adapt to climate warming. ”

For their research, Bonnet and his colleagues examined the field records and genetic data that scientists collected from the deer population living on the island between 1972 and 2016.

That population of red deer has been monitored intensely since the 1970s, and even before in less detail. That is why researchers have been able to notice changes in birth dates over the years. That is the fundamental motivation for our study: try to understand that change. ”

Impact of climate change on deer

The team’s analysis revealed that red deer hinds, known as hinds, with genetic adaptations that made them give birth at the beginning of the year, they tended to have more offspring throughout their lives. Therefore, responsible genes offer an evolutionary advantage and as a result they have become increasingly common in this deer population in recent decades.

We discovered that the genetic makeup of the population had changed to determine the dates of birth before spring. We discovered that genetic change is probably a response to natural selection, but we do not know what causes selection: it could be climate change, change in population density or any unknown factor that has changed in recent decades.

Sally Thomas, from Scottish Natural Heritage, who also did not participate in the study, said in a statement:

Climate change is affecting life on our planet Earth in several ways and scientists say that for species to survive they must adapt by experiencing genetic changes or migrating to more suitable habitats, for example.

But a recent research published in the magazine Proceedings of the National Academy of Sciences suggests that genetic adaptation along with dispersion in new ranges could put species in conflict with each other.

This finding could mean that scientists have been underestimating how the global climate change will affect biodiversity and the amount of extinctions that will occur.

Some scientists have argued that the Earth is currently experiencing its sixth mass extinction, with species that disappear significantly faster than historical reference rates.

In fact, a historical report by the UN recently warned that 1 million species around the world run the risk of disappearing due to human pressures and climate change.

The scientific study has been published in PLOS Biology.

Advertisement. Scroll to continue reading.
In this article:climate change, wildlife