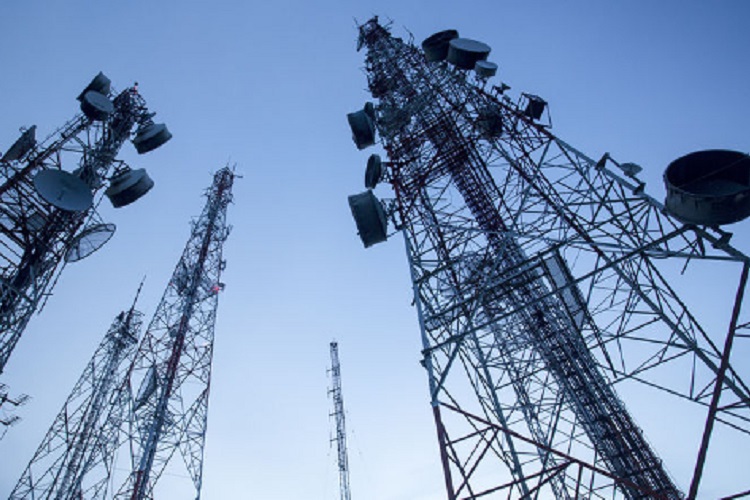 City council chambers and local officials in the US are facing the outcry of residents frightened by the next generation 5G wireless communications which by all accounts, will be taking over neighborhoods soon.

A resident in Montgomery County, Maryland raised her voice to ask local officials “Why can’t we do a real health assessment here and find out what the real health risks are — to our children?” at a public meeting held at the county [9].

What are the risks? More to the point what is 5G?

Scheduled to be deployed from 2018 and made commercially available in 2020 [2] we are told 5G is expected to support at least 100 billion devices and up to 100 times faster than current 4G technology. (4G is already about 10 times faster than 3G).

The 5G tech will employ low-(0.6 GHz – 3.7 GHz), mid-(3.7 – 24 GHz), and high-band frequencies (24 GHz and higher). The “high-band” frequencies largely consist of millimeter waves (MMWs), a type of electromagnetic radiation with wavelengths within 1- 10 millimeters and frequencies ranging from 30 to 300 GHz.

Cell phones operate essentially by sending and receiving radiofrequency radiation from their antennas to a nearby cell tower.

Thousands of independent studies link Radiofrequency radiation exposures from cell phones to a number of very serious diseases such as; Cancer [3], Infertility [4], Cardiovascular Diseases [5], Birth defects [6], Memory Problems [7], Sleep Disorders [7] and so on.

These millimeter waves (MMWs) as used by the 5G network can transmit large amounts of data within a short period of time. But over short distances and also, the other big issue is that the signal is poorly transmitted through solid materials.

This means massive transmission of MMW will be needed.

Many new antennas will be needed. We are told full-scale implementation may require at least one antenna for every 10 to 12 houses in urban areas.

Also, the MIMO (multiple-input multiple-output) technology is expected to be used massively. The MIMO technology is a wireless system that uses multiple transmitters hence, it is able to send and receive multiple/more data at once. Some 4G base stations already use MIMO technology. Standard MIMO involves four to eight antennae. MIMO for 5G may involve approximately 100 antennas per cell tower – that’s a lot of antennas!

Increased transmission leads to increased capacity, so electromagnetic radiation levels can only increase. The concern is that, given what we know about radio frequency radiation, this mandatory environmental increase in exposure to EM radiation will lead to increased health risks.

A number of studies have demonstrated the detrimental health effects of the MMW frequencies used in 5G technology.

Damaging Effects on the Human Skin

One Israeli study [8] lead by Dr. Yuri D Feldman found that human sweat ducts act as an array of tiny, helix-shaped antennas when exposed to MMWs. Their findings suggest that human skin not only absorbs but also amplifies the radiation from MMW networks.

A study carried [9]out to evaluate the interactions and implications of MMWs (60GHz) with the human body discovered that “more than 90% of the transmitted (MMWs) power is absorbed in the epidermis and dermis layer.”

The effect of MMWs on the skin is arguably the greatest concern of these new wavelengths utilized by 5G technology.

We might well be looking at the possibility of increased incidences of many skin diseases and cancer in the coming years in areas where the 5G technology is deployed.

A 2002 Russian study [10]  carried out to examine the effects of high-frequency electromagnetic radiation (42HGz) exposure on the blood of healthy mice found that, the activity of cells involved in immunity such as the neutrophils reduced drastically (about 50% decrease in activity).

It was concluded that “the whole-body exposure of healthy mice to low-intensity EHF EMR has a profound effect on the indices of nonspecific immunity.”

Damaging Effects on The Heart

A 1992 study [11]found that frequencies in the range 53-78GHz impacted the heart rate variability (an indicator of stress) in rats. A Russian study [12]on frogs whose skin was exposed to MMWs discovered abnormal heart rate changes (arrhythmias).

Hazardous Effects on the Eyes

In 1994, a study [12]carried out in Poland to evaluate the influence of millimeter radiation on light transmission through the lens of the eyes. It was discovered that low-level MMW radiation produced lens opacity in rats, which is associated the production of cataracts.

A Japanese experiment [13]carried out to examine the potential for 60-GHz millimeter-wave exposure to cause acute ocular injuries found that 60GHz “…millimeter-wave antennas can cause thermal injuries of varying types of levels. The thermal effects induced by millimeter waves can apparently penetrate below the surface of the eye.”

180 Scientist and Doctors Call For A Moratorium

Scientists are concerned as well. More than 180 scientists and doctors from 35 countries [14], have recommended a temporary ban on the roll-out of 5G technology until its potential hazards on human health and the environment have been fully evaluated by scientists independent of the telecommunication industry.

What Are The Real Dangers Of 5G Technology?

The short answer is: we don’t fully know yet!  But the studies we have on this are a cause for concern.

The health hazard of the most studied 3G CMDA technology (shown to cause an array of detrimental health effects) have not been fully revealed, yet, here we are, at the verge of adopting a potentially more dangerous technology.

Don’t you think we should fully evaluate the health effects of 5G before rolling out the technology?

Let’s not forget, alternatives to wireless mobile technology are available. Fiber Optic Broadband Technology is a feasible and safer alternative.  I firmly believe that technological improvement can be attained without jeopardizing the health of the general public.

Since falling prey to a violent reaction to his cell phone in 2002 Lloyd Burrell has spent the last 10 years researching the effects of electromagnetic fields (EMFs) on health.

He is also the author of an eBook entitled “How To Beat Electrical Sensitivity”, which offers a solution to the growing number of people whose health is being compromised by exposure to wireless and similar technologies, also available through his website.