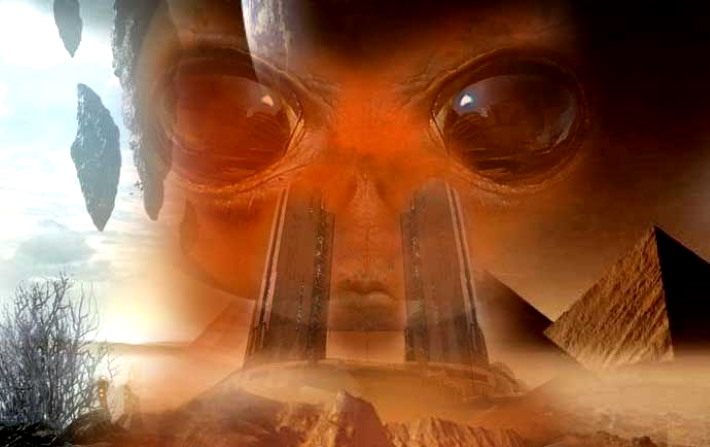 The sensational document of the CIA (Central Intelligence Agency) that we show you is proof of how the United States through the CIA, explored Mars and discovered an Ancient Alien Race through psychic subjects and Remote Viewing. The discovery took place on May 22, 1984.

The CIA would have used very “sensitive” subjects, that is people who possess ESP faculties and who apply the famous “Remote Viewing”, which allows you to “see” with your mind, beyond what you can capture naturally. The CIA would then employ psychic elements with unusual and controversial abilities to reach places in our Solar System inaccessible by any other means. 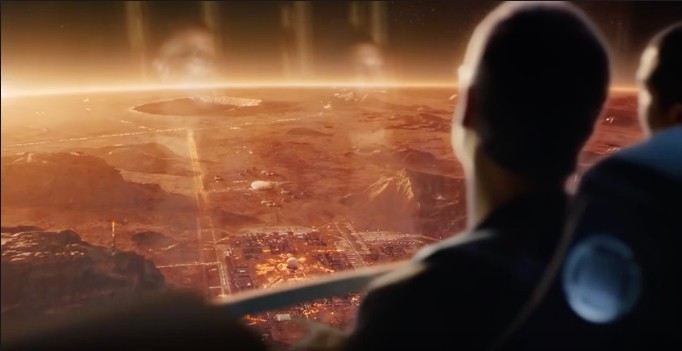 The CIA wanted to know more about the region of Cydonia on Mars and as declassified documents show, in 1984 intelligence employed a remote viewer – called SUB, to search for more information on this area. SUB has used its ability to penetrate through time and space and allow access to episodes of history contained at the level of collective consciousness, or Akashic recordings.

The CIA through these subjects, has managed to discover an alien outpost on Mars where an ancient Alien race of Giants existed or still exists. Remoters hired by the CIA, including McMoneagle, an agent who conducted the vision, also saw the geographic location of Mars, where this alien race had inhabited more than a million years ago. It may be difficult for some to believe that these skills have been used by intelligence services, but there are various declassified documents showing that this has happened. 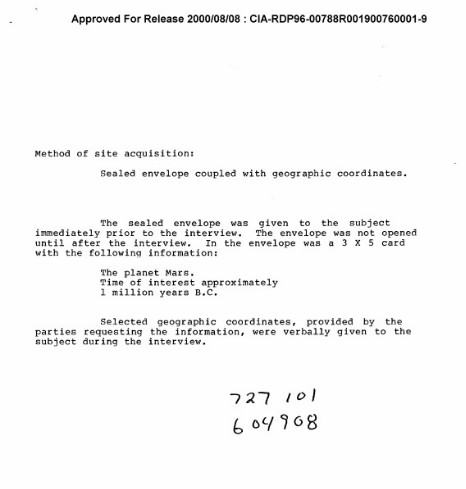 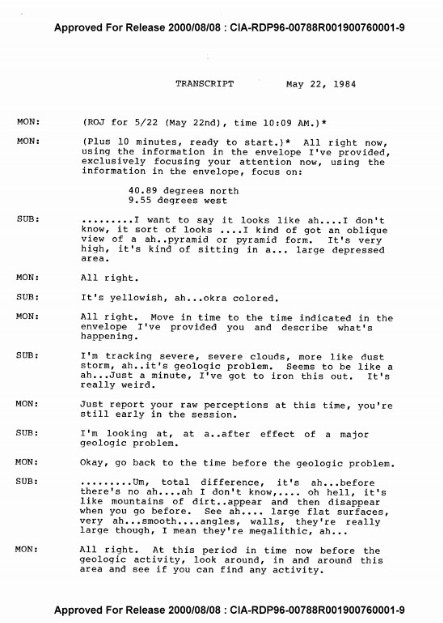 Specific coordinates are also provided in the CIA documents, and it seems certain, as if they knew where to look. This is the surprising result of the Vision: the Ancient race of aliens, they are a giant people and have lived for over a million years. They are dying and are looking for a way to survive, but they cannot leave Mars. 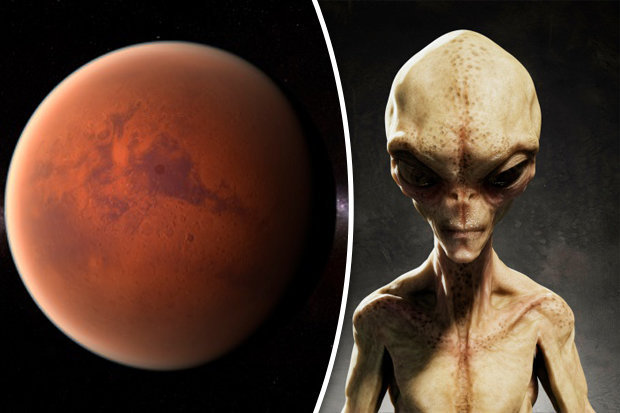 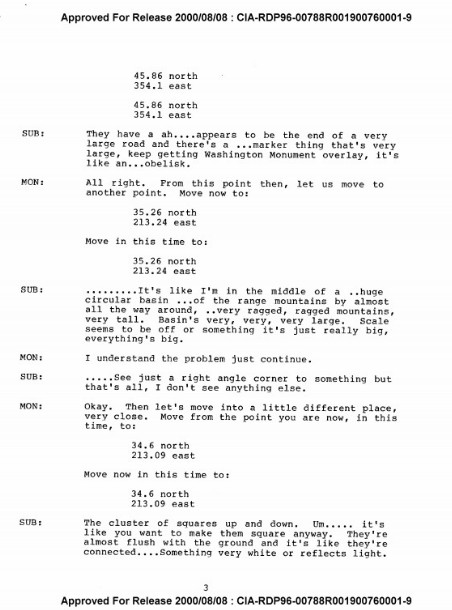 SUB has been instructed to venture about 1 million years into the past. During the journey, the remoter went through huge pyramids and catastrophic events that were objects of destruction of the atmosphere and landscape of Mars. Within these monuments, the former inhabitants of Mars were found – a very tall race of humanoids, slender, dressed in silk clothes or robes. They were all panicked because they were running away, taking shelter from something dangerous and ruthless that was coming from outside. 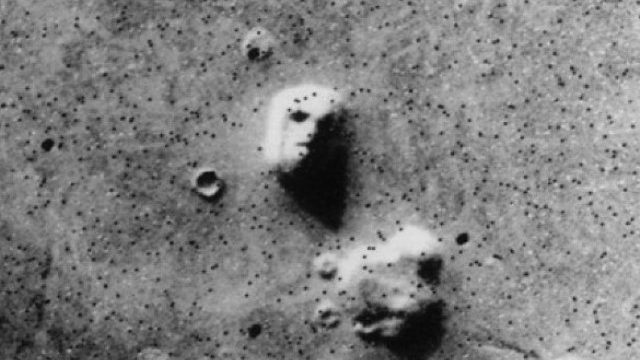 While some of them fled in a spacecraft, others were left behind pending the return of their brothers who were to bring them to safety. Further on, SUB witnessed the journey through space of the Martians’ escape. Their journey took them to another planet in our solar system with lush vegetation and different types of storms. That destination is believed to be Earth. The coordinates of Mars pulled out of the psychic subject or Remote V. – first asked to focus on 40.89 ° north, 9.55 degrees west.


Of course you can read all the CIA documents below:

This document brings back the theory of Dr. John Brandenburg, a plasma physicist who declared long ago: “an ancient alien civilization existed on Mars, which was thriving, then swept away by a nuclear attack by an alien invader. The scientist claimed to have found evidence of two nuclear explosions on the planet’s surface.

In this article:Cydonia on Mars, Remote Viewing 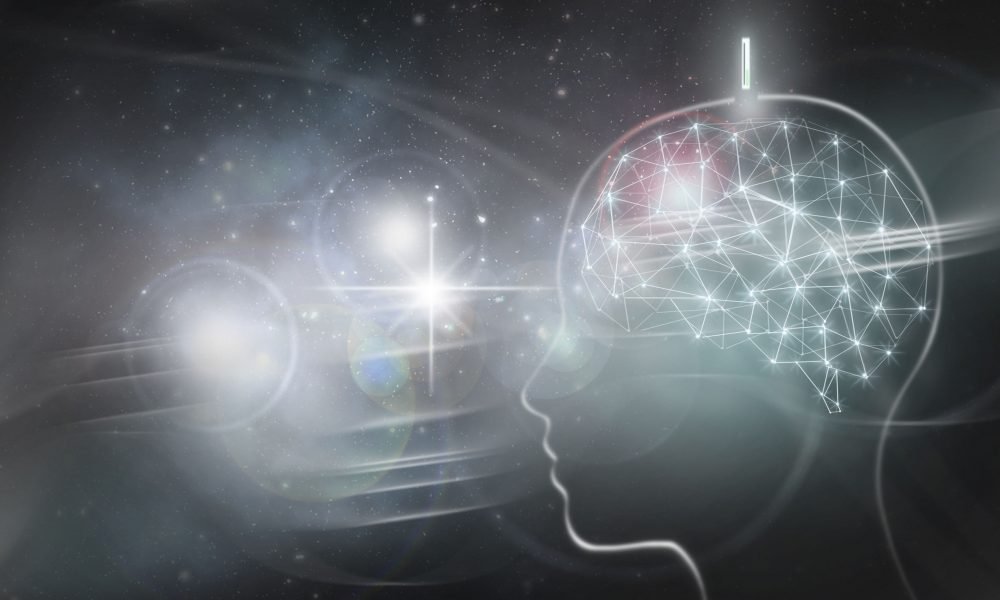 The Facts:The Russian Ministry of Defense published an article about the existence of military parapsychology in Russian military techniques, with which you can penetrate... 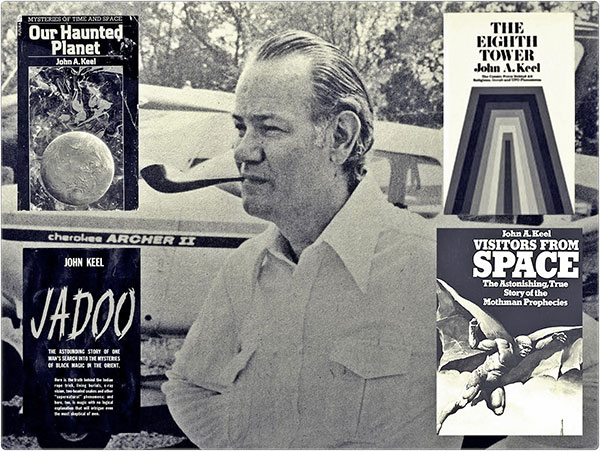