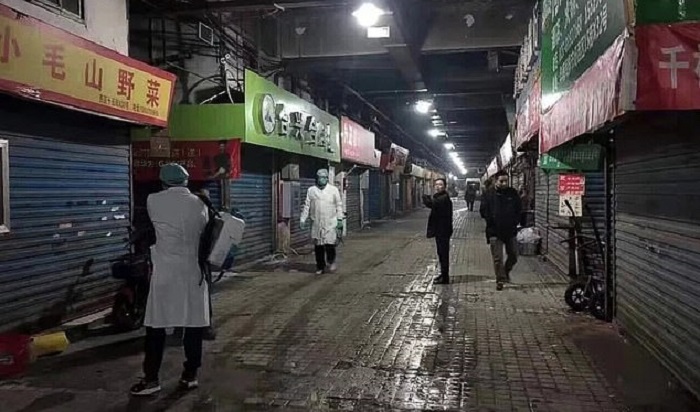 In the Chinese city of Wuhan, since early December 2019, 27 people have contracted a mysterious lung disease.

According to Daily Mail, many people in the city associate this outbreak with severe acute respiratory syndrome (TORS), also known as atypical pneumonia. In the early 2000s, more than 800 people died in China and the surrounding countries. Since 2003, no SARS cases have been reported worldwide.

Of the 27 cases in Wuhan, 18 people are feeling “well”, two are almost recovering and seven are in very bad shape and now doctors are fighting for their lives.

The Wuhan Municipal Health Commission has issued an emergency warning to all hospitals in the city, recommending that special attention be paid to any unusual cases of pneumonia, especially if the disease is not treatable, rapidly progressing and deadly. Only after this warning is the city public aware of the danger of the epidemic.

It is curious to know the specific place from which this disease began to spread – most of the sick people worked as sellers in the local seafood market. Could they have been infected by fish or mussels? The market itself was soon closed and comprehensive prevention came underway.

Doctors tracked the circle of people with whom the infected have had close contact, including their family members. Now, the medics monitor their condition daily.

The first laboratory tests show that the disease is viral and that human contamination is unlikely to occur by air, since none of the doctors and nurses became infected.

An unnamed source tells reporters People Daily that the disease is still unknown and that doctors have also found no evidence that it is a new form of SARS.

“It’s probably some other kind of severe pneumonia.”

Patient hospital representatives refuse to comment to journalists at Reuters about this issue.

The coronavirus strain that triggered the SARS epidemic was only detected in small mammals until 2002 and was considered safe for humans. However, it mutates and then acquires the ability to infect humans as well.

Symptoms of SARS may initially be confused with the flu. These include fever, fatigue, headache, chills, muscle pain, loss of appetite, diarrhea, coughing, and later difficulty in breathing.

A basic cure for this disease does not yet exist. A SARS vaccine is being developed.

What is this mysterious deadly disease in Wuhan? A mutation, a new species, or a laboratory-developed virus?

In this article:China virus, SARS