After the PRC government quarantined a whole city with a population of 11 million people, the world was panicked about this “new Chinese virus”: videos from China now more and more resemble frames from films about a zombie apocalypse.

The news is updated very quickly, the media instantly publishes articles one after another other, quoting some “academicians” from health services, naively hoping that they will help someone figure it out. Meanwhile, the key to the Chinese virus should probably be sought not in the present, but in the past.

Businessinsider.com, April 27, 2018: If the world has learned at least some lesson from history, then it is very simple: from time to time, a new deadly disease occurs somewhere, after which it begins a rapid movement around the globe. And, according to Bill Gates, that’s all could easily happen over the next decade.

Bill Gates spoke about this to his audience on Friday at a discussion about epidemics organized by the Massachusetts Medical Society and the New England Medical Journal. And, in his opinion, we are not ready for an epidemic. Gates said he’s usually optimistic about the future, but there’s one area where the world is not making much progress. This area is preparedness for a particular pandemic.

The likelihood of such a disease is growing every day. Pathogenic microorganisms mutate faster and faster due to a sharp increase in the global population and the encroachments of this population on their natural habitat. The military is also developing infections, and no one is safe from the leakage of the virus from the laboratory. 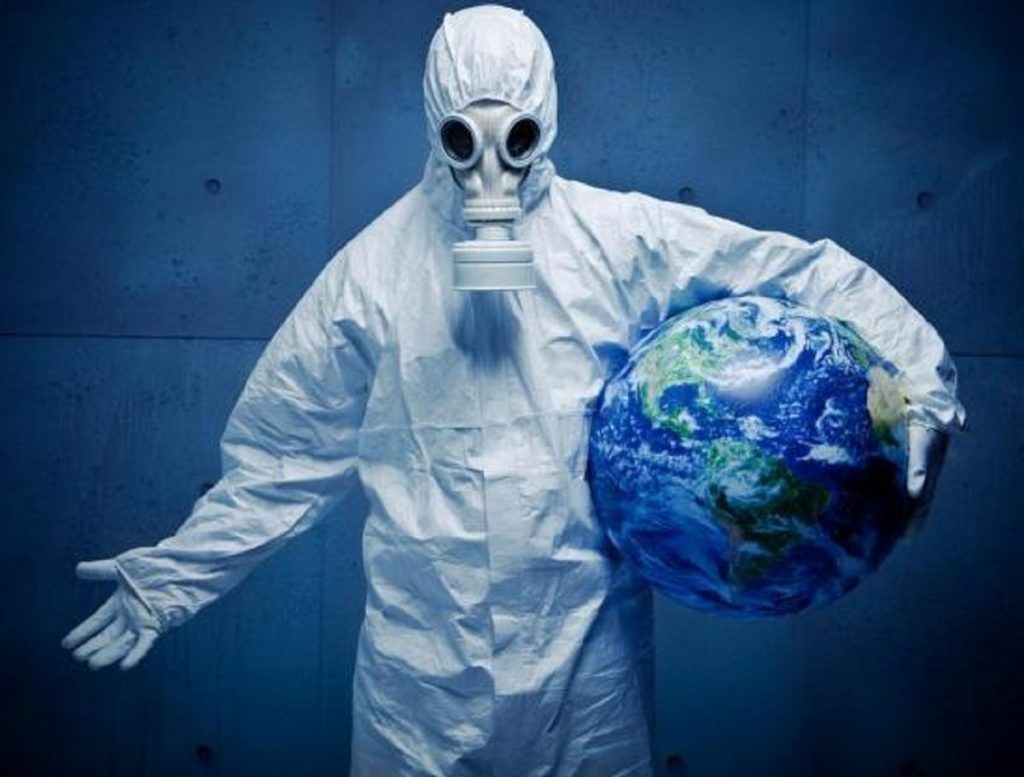 New infectious diseases appear in all regions of the world every year for the past 30 years.

In addition, according to Gates, this or that private player may appear in this arena who can create a strain no less dangerous than those that the military hides in their secret laboratories. But unlike the military, any terrorist would immediately let this strain spread around the world.

And the most unpleasant thing is that in our interconnected global world, people love to travel by plane, jumping from continent to continent for several hours. To illustrate what this threatens, Gates presented an imitation model from the Institute for Disease, which showed that a new flu, similar to the one that killed 50 million people during the 1918 pandemic, is now likely to kill 30 million people in the first six months.

And the disease, which next time will take us by surprise, is likely to be completely new – just as it was with the outbreaks of SARS and MERS. Therefore, Bill Gates says, the governments of the world should now be preparing for a pandemic that could kill 30 million people in 6 months. And you need to prepare for this pandemic as seriously as for war.

Mr. Bill Gates is a very mysterious figure, constantly tormenting the minds of world’s conspiracy theorists. At one time, some powerful people made him the main manager in the computer industry, after which, this industry from children’s toys turned into the number one industry.

However, then, after leaving Microsoft, Gates was thrown into a new direction – to combat epidemics. Therefore, knowledgeable people in 2008 realized that in 10-15 years the fight against the deadly epidemic will become a reality.

As you can see, these people in the forecasts were not mistaken: Bill Gates did not have time to scare the audience with an epidemic – and then the epidemic happened, as if by order. Moreover, which is very interesting – for some reason it starts as in the simulation in the east of China. So, apparently, the simulation is very valuable – it shows the whole future development of events.

Unless, in the city of Wuhan, which was cordoned off yesterday by the troops, there was some kind of advanced laboratory where they make biological weapons. Is this such a strange coincidence? Perhaps the nCoV2019virus is a plague, smallpox, Ebola and so on, sealed by great Chinese geneticists in one bottle. And this bottle crashed.

BREAKING: PEOPLE PANIC IN #WUHAN CHINA!
They are crowding to major hospitals for consultations.
Many hospitals in Wuhan are facing an extremely high load:
Fever patients lined up to see #nCoV2019 novel #CoronaVirus test results. Hospital corridors are wall-to-wall! pic.twitter.com/VCdLUui7gg

#Wuhan Airport shut down, nobody can entry or leave the City. #nCoV2019 pic.twitter.com/QuUUiJoTU9

The coronavirus pandemic not only brought down the global economy , but also stimulated some high-tech industries – 5G mobile networks , robotics , cloud data systems and artificial intelligence. Some...

The planet is threatened by a new deadly virus that has appeared in China which has confirmed that the new and mysterious «coronavirus» virus...